In military services, new push from the top toward open systems architectures

The military is making a new push for modular, open systems, and it’s coming from the top. The secretaries of three military services have signed a joint memo telling their acquisition officials to align their programs around a common set of data interchange standards.

The directive builds off of open systems work that’s been underway within each of the military services for the past several years. The secretaries of the Army, Navy and Air Force said they’ve reviewed several of those efforts — including standard sets like the Future Airborne Capabilities Environment (FACE) and the Sensor Open Systems Architecture (SOSA) — and decided that not only does implementation work need to continue apace, the services need to develop more open architecture standards in areas where there are none. 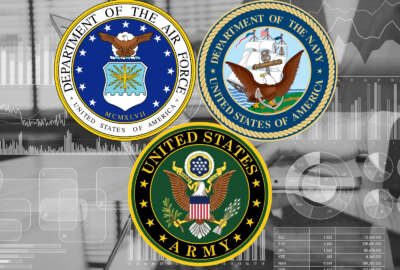 For DoD, open architectures turn from a nice idea to a budget imperative

“We need an open mission systems architecture so that everybody has standards for communications and everybody knows what the other standards are,” Air Force Secretary Heather Wilson told an audience on Feb. 8 at the Center for Strategic and International Studies. “We need to have the ability for any sensor to connect to any shooter at machine-to-machine speed. The ability to know what those standards are and that all of our equipment will be done that way in all three services — that’s a very big deal.”

The memo gives several specific directives the acquisition community in each service.

First, each of the service acquisition executives are expected to draw up detailed implementation guidance to “formalize” the embrace of open systems architectures. The SAEs will also need to start to fill in the gaps for technology areas where the military hasn’t yet identified standards. And going forward, they’re being told to adopt modular open systems architectures in the requirements and development stages of all new programs “to the maximum extent practicable.”

Wilson said the services see the open systems approach as critical to their continued emphasis on the concept of multi-domain operations.

“Let me give you an example: the Air Force operates 80 satellites. Some of them provide communications, some of them do missile warning. So an Air Force satellite detects and locates operations on the ground, that information can be sent directly to forces in the field a Navy ship or an Army battalion can that can direct fires and destroy things. Any sensor, any shooter. That’s where we want to get to,” she said. “It’s linking up in near-real-time, space, air, manned, unmanned, ground and sea, so that that when we detect a problem, everybody knows about it and the fires are directed to be able to overwhelm an enemy before they even know what’s going on.”

In conjunction with the push for open systems, the service secretaries said they’re also trying to inject more speed into the acquisition system. Wilson said the hope is that this process will come about via a combination of recently-adopted reforms to acquisition law, and a gradual change in culture within the Pentagon.

Over the last several years — particularly in the 2016 and 2017 National Defense Authorization Acts — Congress enacted hundreds of changes to the DoD acquisition system. Some of the largest were an expansion of DoD’s authority to use other transaction agreements, and a new “middle tier” of acquisition that lets services bypass many of the system’s usual requirements if they’re able to prototype or field a new system within five years.

Richard Spencer, secretary of the Navy, said each service is still piecing through the best ways to employ those new authorities.

“It’s one of those times where I think we can say we have everything we need that we think we need right now, so let us digest and actually effect those authorities that you’ve given us,” he said. “Some of them are terrific, they really are. It allows us to speed up and be quick and agile on our acquisition, but now inside the building, we have to mete out how we’re going to use these authorities and who is involved with these authorities.”

Army Secretary Mark Esper said his service is in a rush to modernize because, in large part, it’s still working with systems that were developed in the 1980s, and could be outmatched in a “great power” conflict involving systems from China or Russia.

But he and the other secretaries say one of the biggest determinants of how quickly they’ll be able to modernize will be whether or not Congress can consistently approve budgets before the start of a new fiscal year, rather than forcing DoD to operate under continuing resolutions for all or part of each year.

“Last year was the first year we had an on-time budget, and it also meant I could fill all my training seats, I could conduct all my training on time, and that was critical to us,” he said. “We’re going to have big shifts in our [proposed 2020] budget to help us fund training and equipping, and if I’m not able to make that shift from the legacy to the future, we risk losing the first fight of the next war.”