The Defense Information Systems Agency’s workload is set to increase by nearly a billion dollars in 2020 as it officially takes responsibility for running much of the information technology that supports the 28 agencies in DoD’s “fourth estate.”

The Defense Information Systems Agency’s workload is set to increase by nearly a billion dollars in 2020 as it officially takes responsibility for running much of the information technology that supports the 28 agencies in DoD’s “fourth estate.”

DISA plans to bill those agencies more than $855 million next fiscal year as part of the Fourth Estate Network Optimization Initiative (4ENO), a plan DoD’s chief management officer directed to consolidate the department’s sometimes-redundant technology infrastructure and drive efficiencies into its IT spend.

According to a working capital fund budget DoD released last week, the initiative calls for the fourth estate agencies to turn all of their “commodity” IT functions over to DISA starting next year, and the plan defines “commodity” fairly broadly: it will encompass all of the agencies’ network infrastructure and operations, IT management tools, service desks, IT asset management, productivity capabilities and cybersecurity functions. 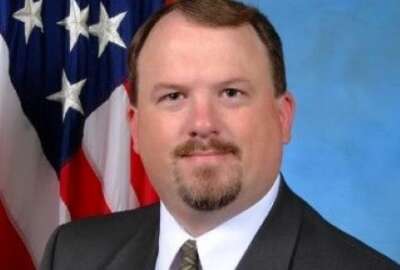 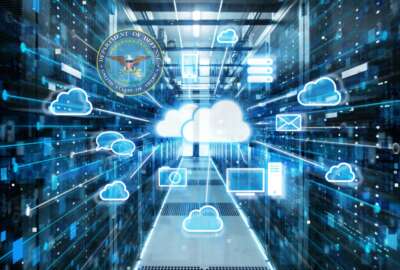 The Defense agencies will still, however, be allowed to continue to manage systems they deem “mission-critical” or “non-severable,” or that are only used for research and development.

“This effort will streamline DoD networks and support functions, standardize solution sets, remove non-core competencies from Defense agencies and enable a mission focus, strengthen the department’s security posture, and allow for a reallocation of savings to increase lethality,” officials wrote in the budget submission.

The consolidation will also lead to a significant boost in the size of DISA’s workforce. The number of employees funded by its working capital budget will rise by 1,280 in 2020, a 44% increase compared to 2019. The vast majority of those — 1,229 — will be existing positions that are moving from the other Defense agencies to DISA.

Some aspects of the shift to DISA-operated IT are already underway in the fourth estate. In a memo last year, then-acting DoD chief information officer Essye Miller told Defense agencies that collectively ran more than 100 of their own data centers to start migrating their applications to DISA’s MilCloud 2.0.

The first wave of migrations was supposed to have been finished by March of this year, and the remainder are targeted for completion by the end of 2020, according to budget documents.

But John Hale, DISA’s chief of cloud services, said the agency has been helping the fourth estate move its applications to a variety of destinations, including MilCloud, commercial cloud hosts, and more traditional DoD hosting environments.

“The number that were slated to stay in place were actually pretty small and they were very specific mission purpose applications,” Hale said earlier this month. “Based on that data, we can size our environments to fit the demand signal, and likewise as we do future acquisition, we know what the size of the acquisitions need to be to fit all of our requirements.”

The 4ENO push is the single largest item expected to push DISA’s working capital budget upward in 2020, but it’s also planning for increases in several other areas.

The ongoing MilCloud 2.0 rollout — including the expected deployment of a secret-level service offering later this year — will push spending on that line item up by $57 million compared to 2019. The agency expects another $68 million increase in 2020 operating costs because of the planned initial rollout of Defense Enterprise Office Solutions.

The agency says it will also need to add a “surcharge” to the prices it charges the military services and Defense agencies in 2020 in order to fund some of the up-front costs involved in the 4ENO effort. It plans to raise $22.1 million through that capital asset surcharge.

But overall, many of its rates will drop in 2020. For example, in the aggregate, the agency says it managed a 10% rate cut in its computing services portfolio because of expected higher demand and cost-cutting initiatives.

DISA officials said the cost reductions in the computing area were partly due to an internal restructuring the agency began two years ago, which the agency refers to as “The Ecosystem.”

“This model aligned like-functions across a single computing enterprise and established a unified computing structure operating under a single command — one large virtual data center,” they wrote in the budget submission. “The Ecosystem has continued to prioritize excellence in service delivery, process efficiency, and standardization for tools and processes. Ultimately, the shift to the Ecosystem model is fulfilling the goal of providing excellence in IT service delivery to our mission partners through the provision of cutting-edge computing solutions and a flexible and adaptable infrastructure.”

As part of the effort, DISA said it is reducing its overall number large data centers — once called Defense Enterprise Computing Centers, now called Core Data Centers, to eight — compared to 18 a decade ago. It’s also consolidating most of their personnel into just five (three will be managed remotely with “minimal” staffing levels). The consolidation and management restructuring within the surviving data centers is expected to yield $695 million in savings over the next ten years, officials wrote.