The Pentagon’s top leadership made their first trip to Capitol Hill to defend their 2021 budget on Wednesday. But a significant chunk of the normally-congenial posture hearing wound up in a contentious back-and-forth over what DoD is doing in this year’s spending plan.

The Pentagon’s top leadership made their first trip to Capitol Hill to defend their 2021 budget on Wednesday. But a significant chunk of the normally-congenial posture hearing wound up in a contentious back-and-forth over what DoD is doing in this year’s spending plan.

Officials heard bipartisan frustration about the Trump administration’s decision to reprogram billions of dollars in Defense spending toward the president’s border wall, and at least some hints that next year’s spending bills might include a crackdown on DoD’s authority to reprogram funds within its budget.

The $3.8 billion dollar reallocation DoD announced this month was all but certain to trigger Congressional complaints, not least because it took money away from procurement accounts lawmakers themselves had plussed-up just a few months earlier, but also because it was done without Congressional consultation.

So when the secretary of Defense and chairman of the Joint Chiefs of Staff appeared before the House Armed Services Committee, even its top Republican, Mac Thornberry (Texas), voiced his displeasure in no uncertain terms.

“We are about to embark on trying to write a defense authorization bill for what would be the 59th straight year if it’s signed into law. And I guess my basic question is, is it going to matter?” he said. “Or will OMB send down a directive saying we’re going to take away money for planes or satellites or something and move it to other things?”

Thornberry — like most other members who raised objections — said the biggest concerns have nothing to do with whether or not a border wall is a good idea. Rather, he said, they’re about the potential to set a precedent that upends Congress’s duty to decide how federal dollars are spent.

“I support walls, but I am deeply concerned about where we’re headed with the constitutional issue, about Congress’s role in national defense and whether that is being overwritten … In effect, the administration is saying ‘We don’t care what has been authorized and appropriated, we’re going to do what we darn well want,” he said. “I’m afraid the result of this will be greater restrictions on the department’s ability to move money around to meet changing needs, and the country will suffer as a result. I hope I’m proved wrong, but I’m concerned about where this is headed.”

DoD’s own regulations say the department is supposed to get consent from the Congressional appropriations and authorization committees before it undertakes large reprogrammings like this one. But DoD does not consider that requirement legally-binding, and in this case, the administration moved the funds to its counter-drug accounts to fund the border wall unilaterally.

And it was a large reprogramming. This year’s appropriations bill capped the total dollar amount DoD can shift to other priorities at $4 billion in its base budget and $2 billion in its overseas contingency operations accounts. In each case, the border reprogramming consumed more than half of those annual allowances, leaving DoD with relatively little flexibility to deal with unexpected military needs for the rest of 2020.

Defense Secretary Mark Esper took a mostly defensive posture to questions about Congressional authority. He said the department only took money from programs that it identified as “excess-to-need” — items it had not formally requested in its 2020 budget submission a year ago.

“We had sources we had to fill, and we tried to be very objective in terms of where we took the sources. The clearest source was early-to-need or excess-to-request,” he said.

Gen. Mark Milley, the chairman of the Joint Chiefs of Staff said he was asked for an analysis of what the reprogramming would do to military capability before the administration moved ahead. In Wednesday’s hearing, he did not explicitly endorse the move, but said he had determined the impacts would be fairly minor.

“It was not a significant, immediate, strategic, negative impact to the overall defense of the United States of America. Those are precisely selected words,” he said. “It’s half of one percent of the overall budget, so I can’t in good conscience say that it’s significant, immediate, or the sky is falling … I had to do a risk assessment. I did that, and that’s what I said.”

But several members said DoD officials’ justifications for the reprogramming seemed to be at odds with the department’s position that it needs 3-to-5% real growth in its budget to adequately fund the National Defense Strategy.

That point of view has come into sharper focus in the last several days as the military services sent Congress their annual “unfunded requirements” lists for 2021 — spending items that they believe are necessary, but weren’t included in the administration’s budget proposal.

“We received somewhere in the neighborhood of $20 to $30 billion of unfunded requirements, and at the same time, [the department is saying], ‘We found $3.8 billion just sitting in a corner that can go to a purpose that was not intended,’” said Rep. Adam Smith (D-Wash.), the chairman of the House Armed Services Committee. “It undercuts any argument about the need for resources within the Department of Defense, and it also undercuts the congressional process … this basically says that Congress doesn’t spend the money, the president does. I think that that is a violation of our constitutional responsibility and significantly undercuts the Department of Defense. And make no mistake about it: These decisions have an impact.”

Rep. John Garamendi (D-Calif.) said the impact is not just on unfunded priorities, but point to a broader degradation of DoD’s relationship with congressional committees. In that vein, he also objected to the fact that DoD did not submit the latest edition of its 30-year shipbuilding plan along with its 2021 budget, even though the budget also call for cutbacks in shipbuilding.

“The law is quite clear. When you submit your budget, you are to submit the shipbuilding plan, and for you to say you’re going to give it to us on your own good time, when you are ready, is not in line with the law,” he said. “You should listen very carefully. You are heading for a major brawl with this committee.” 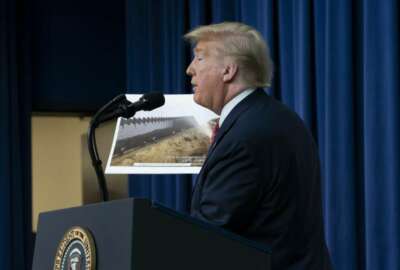 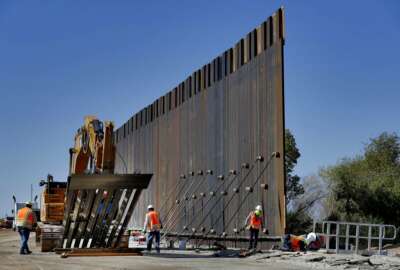 Trump to transfer $3.8B from military to fund his wall 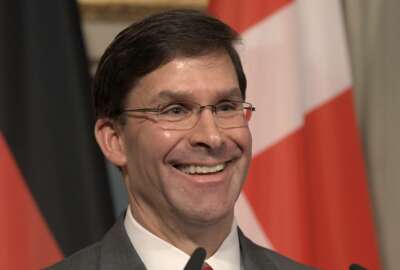