The Coronavirus Aid, Relief, and Economic Security (CARES) Act gave the Defense Department the authority to reimburse federal contractors who faced sudden expenses because of COVID-19. But the bill didn’t include any new funding to make those payments, and DoD officials are telling Congress they need billions of additional dollars to make contractors whole.

One section of the law — Section 3610 — lets agencies repay contractors who put their employees on paid leave rather...

The Coronavirus Aid, Relief, and Economic Security (CARES) Act gave the Defense Department the authority to reimburse federal contractors who faced sudden expenses because of COVID-19. But the bill didn’t include any new funding to make those payments, and DoD officials are telling Congress they need billions of additional dollars to make contractors whole.

One section of the law — Section 3610 — lets agencies repay contractors who put their employees on paid leave rather than furloughing or laying them off. The idea was to keep as much of the industrial base workforce as possible in a ready state.

But those reimbursements are “subject to the availability of appropriations,” which aren’t expected to come through until Congress passes the next round of coronavirus relief. DoD officials have submitted a rough cost estimate to the Office of Management and Budget.

But in testimony before the House Armed Services Committee, Ellen Lord, the undersecretary of Defense for acquisition and sustainment, declined to provide an exact figure, saying only that it’s likely to be in the double-digit billion dollar range. In any event, the bill is expected to be so large that DoD can’t pay it out of its existing budget without affecting other programs, she said.

“There’s a choice there, whether or not we want to eat into and slow down readiness and modernization on an ongoing basis, or whether we want to remedy the situation in the next six months or so,” Lord said. “So it is all a matter of priorities. Right now, we don’t see any flexibility other than to take the money out of programs themselves.”

DoD has already published guidance to its contracting workforce on how to apply the law. It lets contractors ask the government for a one-time reimbursement for any of the costs they incurred for paid leave during the pandemic, as long as employees were put on leave because of a worksite closure, and as long as those employees were unable to do their jobs via telework.

Lord said one major reason it’s hard to calculate how much those reimbursements will cost the government is that no company has asked for a reimbursement yet. That’s partly because most of them don’t yet know what their total costs for paid leave will be, and partly because companies are well aware that Congress hasn’t provided any funds yet.

“That being said, we’ve spent an enormous amount of time talking with contractors and understanding the range of challenges that they see. The Defense Contract Management Agency has individuals embedded in all of the major primes and visiting the smaller ones, so we have eyes on this every day,” she said. “I also get data every morning that tracks roughly 20,000 companies in terms of the number of closures, what level of workforce they have, so we can do some rough calculations ourselves.”

And paid leave is only one type of cost the government is likely to repay contractors for. Under existing regulations, companies can also seek equitable adjustments for costs they incurred because of the government’s own actions during the coronavirus pandemic.

“In cases where we issued a stop work order, or where a government facility was closed, that would be a case for a request for a traditional equitable adjustment,” said Kim Herrington, the acting principal director for Defense Pricing and Contracting.

Herrington said DoD expects to issue guidance on how to apply equitable adjustments to the COVID situation within the next 30 days. In some cases, he said, the guidance may let contracting officers apply “global settlements” to let vendors recover all of their coronavirus-related costs at once, instead of contract-by-contract.

“We gave industry an opportunity to provide input to us, and we got about 100 pages of input. We’re working right now to come up with the most efficient way to resolve those reimbursements,” he said. “Global settlements would make a lot of sense in many cases. Not all, but many.”

Also on Wednesday, the Pentagon announced another $135 million in Defense Production Act contracts – mostly targeted toward keeping portions of the industrial base afloat and expanding production capacity for essential goods.

“Prior to the COVID response, as a nation, we were using about 50 million N95 respirators in a year, and that demand went up to about 140 million during the 90 days of peak demand,” she said. “Based [on] the investments that we’ve made, by October, we will be seeing an increase of 450 million masks a year. And starting in 2021, we anticipate our total domestic production to be in excess of a billion per year. So we’re getting very close to being able to meet that demand domestically, but we are not quite there yet.” 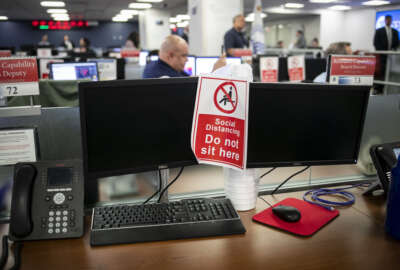 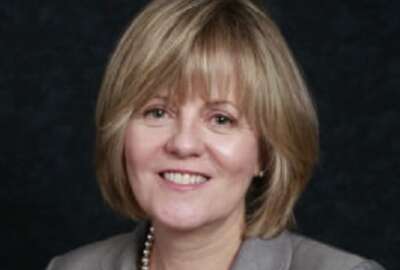 Extra work for contractors during coronavirus has stipulations