Defense officials are preparing to release their first-ever comprehensive strategy for Joint All-Domain Command and Control (JADC2), the Pentagon’s vision to connect all of the military’s sensors and weapons systems together. The document will, among other things, tell vendors what standards they’ll need to use in building Defense systems of the future.

Lt. Gen. Dennis Crall, the top technology official on the Pentagon’s Joint Staff, said the JADC2 strategy is his number one priority, and it’s about 80% complete. When it’s released, he said, it will outline between nine and 11 separate lines of effort — all designed to create a common lexicon for the multi-domain warfare systems and doctrines the military services are planning today.

“We have work that’s been done on a campaign plan and a capabilities document. There’s been a lot of individual parts on data standards, architecture, AI, cloud, cross-domain solutions, and the like. We’ve had a lot of effort, but no real guideposts or stripe on the road that we can follow a cardinal heading that we can get behind and bring some order to how this is progressing,” Crall, the Joint Staff director for command, control, communications and computers said during an online event hosted by AFCEA’s northern Virginia chapter. “We need to know where the winners and losers are in the journey to a better end state, and that’s really what we’re after.”

The military services are all planning their contributions to JADC2. At least in the early going, in the case of the Air Force, it’s the Advanced Battle Management System. The Army has its Project Convergence, and the Navy has dubbed its initial efforts “Project Overmatch.”

But Crall said the Defense Department needs to put more rigor behind determining which specific technology efforts are funded so that those efforts can cohere into a truly joint project over the long term.

Even before the strategy’s release, he said the Joint Staff — including the vice chairman who heads the Joint Requirements Oversight Council (JROC) — has already been building tighter linkages with the department’s acquisition leaders to make sure those joint guidelines stick.

“That means if requirements come through the JROC and move through the system as the approved requirement, there will be teeth in this go-around on what we buy and what we fund,” he said. “We’re working very closely with the comptroller, with [Cost Assessment and Program Evaluation], and with the services, to make sure the investment strategies that go through the process are actually adhered to. It’s really a manifestation of ‘you get what you allow.’ And for some time, we’ve allowed things that we probably shouldn’t have, and [what] we got were some expensive things that didn’t necessarily drive us to the right outcome.”

And Crall said the department is committed to making sure the JADC2 framework that comes into being over the next decade is built from the beginning with international partners in mind. To do that, it will incorporate ideas from the Mission Partner Environment, a set of data sharing standards DoD has been working on for the better part of a decade.

“Working with partners and our coalition has been treated as an adjunct that we bolt on after the fact. That’s not the case for JADC2 — we’re going to bake this in from the very beginning,” he said. “We’re going to move with our partners because there’s no scenario or environment that we can think where we will fight alone. And we need our partners in order to achieve the outcomes we’re looking to drive towards.”

Overall, Crall says the strategy will frame JADC2’s objectives around three areas: Gathering data from every system on the battlefield, aggregating that massive stream of data into digestible and manageable sets of information, and moving that information to warfighters quickly enough to be useful for decision-making.

He said the specific technologies that will eventually make that happen aren’t fully understood yet, but the one thing the department is sure of is that it doesn’t want excessively proprietary solutions from industry or academia.

“These are things that we’re searching for a little bit differently than in the past. We’re not interested in vendor lock,” he said. “We’re looking at things that really are open, easy to see, easy to adjust, easy to manipulate, and truthfully work well with other things. And industry has asked us, ‘Would DoD please lead and tell us what those standards, attributes, interfaces and architectures are?’ And that’s precisely what we’re building in the annexes that go with the strategy document for JADC2. So that will soon be revealed — exactly what these inputs and outputs look like from a mission engineering perspective.”

But Crall said JADC2 isn’t necessarily an end state. He said the strategy will emphasize the need to deliver joint capabilities immediately, and iteratively improve on them as the military learns more over the next decade.

In the near term, most of the investments will most likely fall under the umbrellas of Project Convergence, Project Overmatch and the Advanced Battle Management System.

“All of the initial investments in those three efforts are all safe bets, in my opinion. They’re really getting at the heart of learning, breaking, fixing, experimenting, and trying again. So they’re all good,” he said. “But there’s something to consider: How much further do you go down those roads before those investments start to lock us in in a way that may or may not inform the outcome that we seek through the strategy? That’s why the strategy has to be written now, to ensure that we capitalize on the good work that’s out there.” 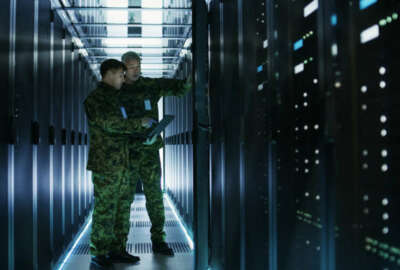 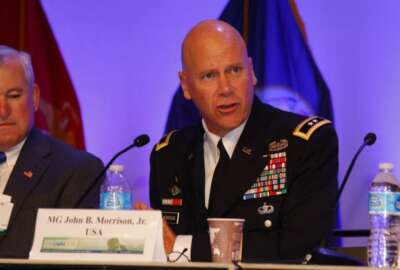 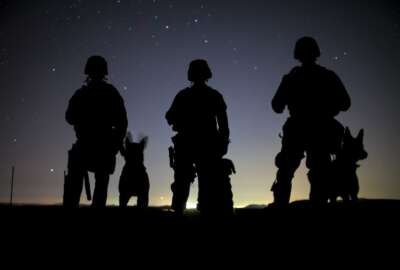