Satisfied that the National Guard had secured the inauguration, Congress sent Guard members down into the parking garage to rest. But that slight belies passage of legislation that secured new benefits for the Guard. JC Cardinale is the Legislative Affairs manager at the National Guard Association of the United States, and he joined Federal Drive with Tom...

Satisfied that the National Guard had secured the inauguration, Congress sent Guard members down into the parking garage to rest. But that slight belies passage of legislation that secured new benefits for the Guard. JC Cardinale is the Legislative Affairs manager at the National Guard Association of the United States, and he joined Federal Drive with Tom Temin for details.

Tom Temin: Mr. Cardinale, good to have you on.

JC Cardinale: Good, thanks for having me.

Tom Temin: First of all, give us the sense that you’re hearing from members. What is the temperature, so to speak of the National Guard right now? They have sure been in the news a lot lately, and you know, loved and hugged for securing the Capitol and then shunted to the garage. And then they’re arguing over that upstairs. What’s going on with the Guard morale-wise?

JC Cardinale: You know, I still think morale is good across the National Guard. I mean, obviously, this has been probably the one of the busiest year and a half for the Guard in, at least recent memory, particularly with COVID and natural disasters, and we still have foreign missions. Now add in the D.C. mission. I think guardsmen are proud of the work they’re doing and you know, staying really busy. I think right now we have something like 60,000 guardsmen on orders.

Tom Temin: Wow, and just review for us the fact that these are people that are not in uniform 24/7, 365 days a year but come from jobs and lives to do this work.

JC Cardinale: Yeah, absolutely. The vast majority of the force are what we call an M-Day force, which is basically means they do one weekend a month, and then usually a couple weeks in the summer for training. But yeah, no, they all have full time jobs and lives and families that they’re uprooted from to respond to these. And some of these soldiers have now been on multiple sets of orders this year. We have some soldiers here in the city now, who were here in the city in July for the unrest of the summer.

Tom Temin: And given all that the Guard has been called on to do and this is weekdays, of course, do you get the sense that the employers of the guards in their day jobs are generally willing to go along with the deployments that might take them off the job for several days during the week?

JC Cardinale: You know, that is always a point of stress for the force that we try to deal with with employers. We’ve always found that most employers are patriotic Americans, and they support the Guard’s mission. But it is a stress, especially on small businesses, if you have somebody who’s leaving for three weeks here, and then maybe four weeks later, and then maybe they have a three-week school. And it really is a stress point, particularly some of our employers who have multiple guardsmen from the same unit that might be employed, where an employer might see 20% of his or her workforce have to disappear for a month, which is pretty stressful.

JC Cardinale: Yeah, absolutely. I mean, we’ve seen it all through the wars also, where guardsmen are being deployed so much that some employers, I think, are having issues with employing guardsmen, which is part of reason there’s some legislation out there to maybe help with tax benefits and things like that to better incentivize employment.

Tom Temin: All right, let’s get to the bill that Congress passed, I guess, at the close to the end of the last session. And this is not the NDAA but a bill for veterans and military people. Tell us about that bill and what it gave to the National Guard members?

JC Cardinale: Yeah, absolutely. This was probably one of the biggest veterans bills I’ve seen in a while where they took many little bills and put them together and passed like a veterans omnibus. So it wasn’t all National Guard by any means, but there were a couple of really big pieces for us. The biggest one probably being that it opened the VA Home loans to guardsmen on what we would call Title 32. So not full federal orders, similar to all the guardsmen that you see on the news right now are responding to COVID. That time before wouldn’t have qualified them for Veterans Home Loans. Now that’s open to them, which is a really big deal.

Tom Temin: All right and what’s your sense of the demand for that?

JC Cardinale: Oh, I think it will be high. We don’t know exactly how many are going to take it. But obviously the VA home loan program is hugely popular for veterans and currently serving guardsmen, both.

Tom Temin: And do guardsmen tend to be people that are recently mustered out of the military? Are they veterans, or do they come in generally from some other vector?

JC Cardinale: I’d say generally from some other vector. We have many guardsmen who just come straight in and that’s where they start the military career, not necessarily coming off the active duty. And then we have multi-generational guard families where a soldier might be in the same unit that his or her dad was in, and maybe even granddad. So it’s really a family affair.

Tom Temin: We’re speaking with JC Cardinale. He is Legislative Affairs manager at the National Guard Association of the United States. And there was transitional medical coverage for Guard soldiers and airmen from the National Defense Authorization Act, is that correct?

JC Cardinale: That is correct. And that was one of our big pushes, I’m sure you’ll remember from the summer was this issue where we were deploying guardsmen into really, serious COVID situations, but not providing health care. That got fixed eventually, which just leads into some of our major priorities for this coming year. But one of the big things we wanted to make sure was that when they come off orders, that they’re still provided government Military Health Care for six months, just in case there’s an infection afterwards or something of the case.

Tom Temin: Almost a COBRA so to speak, for guardsmen.

Tom Temin: And what are you legislative priorities for the new session?

JC Cardinale: So our number one priority is going to be to provide health care and dental to Guard and Reserve. Right now, they’re treated almost like a federal employee, so they have access to a subsidized health care plan. It is firmly our position that if you’re serving the military, you should be provided similar to the active duty, free health care. We see it as a readiness issue. Right now we have to send troops through a health screening, but not really health care. And then when we’re trying to deploy, we spend a lot of money in that last 30 days to get them ready to go. We just feel like if they had persistent health care throughout their career, it would be hugely beneficial, as well as be great for employers knowing that they don’t need to put them on their health care program.

Tom Temin: In other words, they could go through TRICARE?

Tom Temin: And is there any legislative tendency to want to accept that idea? What kind of vibe do you get back from the committees?

JC Cardinale: You know, it’ll be interesting. It’s going to be expensive. We think there’ll be some cost savings through efficiencies. But you know, there will be a cost to it. And so it’ll be interesting this year to see what the true appetite is. But I really do get a sense on Capitol Hill that, you know, there’s a kind of a newfound understanding of how much the Guard really does and how it’s not really the Guard of the ’90s anymore, and we need to account for that legislatively.

Tom Temin: And what is your sense of the Defense Department’s thought about that idea of adding that many more people into a TRICARE system that does cost them a lot of money, as you pointed out?

JC Cardinale: Yeah, I mean, I think there will be understandable concern about, you know, continuing to grow that program, but we see it as a readiness issue. And I will tell we’re also spending a lot of money on the medical front by not doing it. Because right now, literally all we do is a health check. And then we don’t actually fix the problems.

Tom Temin: JC Cardinale is Legislative Affairs manager at the National Guard Association of the United States. Thanks so much for joining me. 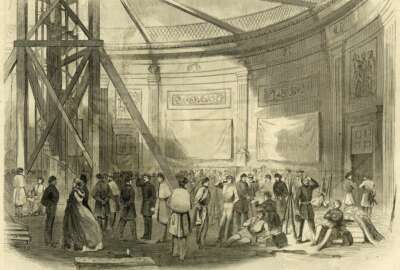 National Guard sleeping in the Capitol an echo of Civil War 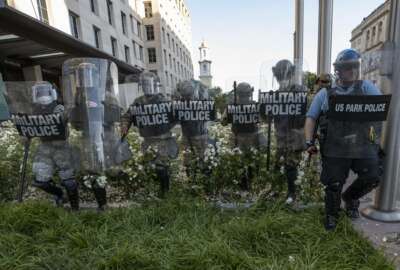 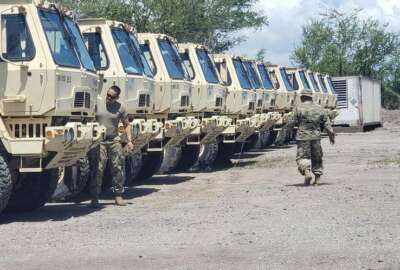