Cleaning up hazardous chemicals, unexploded munitions from military bases not likely to wrap up soon

Lawmakers wants to know how to budget for environmental clean-ups of military installations, but Defense leaders insist it’s going to be a drawn-out process.

In a hearing for the Defense Environmental Restoration Program (DERP) this week, officials from the services and the Pentagon told the House Appropriations subcommittee on Defense where DoD stands on removing hazardous Per- and Polyfluoroalkyl Substances (PFAS) chemicals and unexploded ordinances from military bases.

Last March a DoD task force report found that the number of installations where the department is investigating PFAS exposure rose from 401 to 651 as of the end of fiscal 2019. By that time, DERP, EPA and state agencies had completed cleanup activities at 89% of the Installation Restoration Program’s 34,066 sites and 64% of the 5,500 Military Munitions Response Sites, said Richard Kidd, deputy assistant secretary of Defense for Environment and Energy Resilience, in his testimony to the subcommittee.

“While we have made significant progress, the remaining sites represent more complex cleanups requiring more time, a remedy based on more advanced technology, or sites impacted by chemicals of emerging concern, such as PFAS,” Kidd said.

PFAS are manmade chemicals most commonly found in food packing, commercial household products, facilities which manufacture the chemicals, drinking water and living organisms — where PFAS can build up over time. The military started using the chemicals — in particular the aqueous film forming foam (AFFF) — in the 1970s for firefighting purposes.

Some PFAS are no longer manufactured in the U.S. but can be imported from other countries, while a phase-out program exists for those still produced domestically.

Kidd — who started his current role in January after four years as the Army’s deputy assistant secretary for Strategic Integration — said despite the progress made to date, these cleanups are a “long-term endeavor” warranting sustained funding and attention; Congress allocated about $1.6 billion for DERP in fiscal 2020 and $1.9 billion in fiscal 2021.

But the remaining cleanup sites are some of the most challenging, and Kidd said more than $29 billion will be needed to complete these jobs. He said investing in science and new technology will make all the difference.

“The rate of progress is defined primarily by the rules that govern our physical world,” he said. “Based on what we know today, known technologies, frankly it will be years before we fully define the scope of the problem, and with that definition can reflect it in our budget request — and after that, probably decades before clean-up is complete.”

The clean up process dictated by the the Comprehensive Environmental Response, Compensation, and Liability Act and the expected timeframe for each step is illustrated below:

He added that reducing internal decision-making times and expanding community outreach around PFAS risks will also help — a public town hall to this effect is planned for July 14.

Because workplaces are a common source of PFAS exposure, Rep. Derek Kilmer (D-Wash.) asked how environmental concerns would factor into legacy infrastructure modernizations at shipyards.

“Like so many Americans, I worry about the quality of the air we breathe and the water we drink, and I’d like to know what steps the Navy’s taking to ensure the air and water quality aren’t degraded during the [Naval Sea Systems Command’s Shipyard Infrastructure Optimization Program] investments,” Kilmer said.

Ohannessian said environmental protections and tribal or other cultural concerns have been integrated into the modernization from the jump.

Right now, all agencies are asked to take a closer look at how their missions intersect with climate change mitigation efforts, ever since President Joe Biden issued a sweeping environmental policy executive order at the start of the year. In response to a question by Rep. Charlie Crist (D-Fla.), Kidd said DoD recognizes the threat of climate change to military installations and surrounding communities.

As for removing unexploded ordinances and discarded munitions, Rep. John Carter (R-Texas) said he was worried that the specific industry expertise on which DoD relies for the Military Munitions Response Program has “undergone significant contraction over several years.” The congressman, whose district includes Fort Hood and its surrounding communities, asked how DERP is factoring in workforce availability to its plans.

“I’m concerned that once the department does decide to accelerate cleanup of MMRP sites, the industrial base may no longer have the talent and capacity to perform this vital work,” Carter said.

The Air Force’s Correll said there is not much the service, which is about 87% complete in its MMRP efforts, can do to speed up its program due to external factors like terrain, and regulators are unwilling to accept “anything less than a 0% risk.” 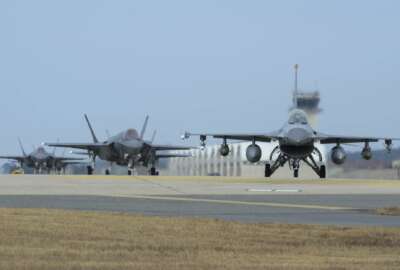 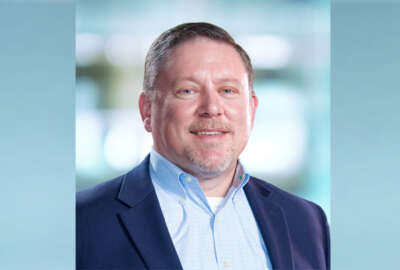 An analytic approach to climate threats the U.S. military faces around the world 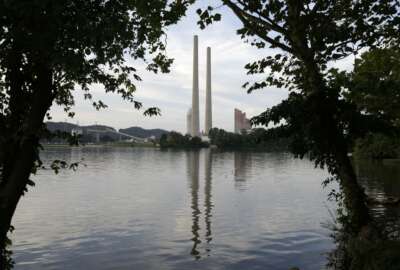