It’s a problem employees at most federal agencies can relate to: Someone decides to institute a mandatory, departmentwide online training program on topic X – but the requirement never goes away, nevermind whether the training is relevant anymore.

But both the Air Force and the Navy are taking steps to cut back or eliminate computer-based training programs that have accumulated over the years. As of June 16, the Navy has all-but-eliminated mandatory, departmentwide online training requirements for its civilian workforce.

There is one exception – every employee will still have to take the Defense Department’s mandated Cyber Awareness Challenge to track their cyber hygiene — but all other annual courses are being delegated to local commands, where the Navy wants supervisors to translate the online curriculum into what it hopes will be more relevant, face-to-face discussions.

The move comes just three months after the Navy did much the same for its uniformed service members. Saying they wanted to eliminate “administrative distractions,” officials removed the requirement that sailors log into the My Navy Portal to complete their general military training (GMT) – again, with the exception of cybersecurity.

In a message announcing the changes, officials noted that topics like sexual assault and suicide prevention are particularly ill-suited for click-through web presentations. Instead, the Navy wants those topics to be covered in more formal settings, and subjects like records management and operational security to be handled in group settings such as all-hands calls, or any other mechanism that local commanders decide is appropriate.

“It puts training back in the hands of sailors, eliminates passive, impersonal, and ineffective approaches to training, and enables a powerful and personal focus on integrity, accountability, and character through an interactive learning dialogue,” wrote Vice Adm. Robert Burke, the chief of naval personnel. “Bottom line — we heard you, we fixed it, now let us get after it.”

The Air Force has been making similar moves. Last October, the service performed an inventory of all of its service-wide computer-based training requirements, and determined that they were eating up more than 60 hours of airmens’ time each year. Officials have already cut the training programs back to about 30 hours, and say there is more consolidation to come.

“We went out to talk to a lot of our pilots and ask, ‘What are the irritants?’ And one of them was the explosion of required online distance training,” she told the Senate Appropriations Committee last week.” You’ve got to go through the rote training stuff on the computer every year that had just accreted over time, whether it’s safety training for how to use the fire extinguisher or whatnot. Some of it is important stuff, but let’s get some of the gunk out of the system and make it a little cleaner and improve the quality of life and quality of service.”

However, some of the military’s general training requirements – both online and offline – are dictated by the Defense Department, and can’t be changed by the military services.

The Air Force has asked DoD for “additional flexibility” to change the length and the content of the one-hour Cyber Awareness Challenge, and wants DoD and Congress to let it alter training requirements for four other Defense-wide courses on the topics of the Uniformed Code of Military Justice, human trafficking, defensive driving and the employment rights of military members transitioning to the civilian workforce.

The cutbacks in required training are part of a broader initiative the Air Force refers to as Airmen’s Time. Under the same program, the service has been cutting back additional duties that aren’t part of an airman’s core mission responsibilities, and the 2018 budget proposal includes funding to hire more than 1,000 new civilian employees to perform some of those tasks.

Gen. David Goldfein, Air Force chief of staff, said the Air Force needs to improve the “quality of service” for troops, particularly in the cases of pilots and maintenance personnel, where the Air Force faces manpower critical shortages.

“We’re looking at a number of initiatives to be able to reduce what we call the irritants and those things that are actually degrading readiness over time in the force – in this much smaller force that’s heavily tasked – to ensure that we increase white space on our calendar,” he said.

But moving required training from the web back into in-person settings shouldn’t necessarily be seen as the military turning its back on technology as a training tool.

In the Navy’s case, Burke said the objective is to modernize “e-learning” by making it more engaging and personalized.

And within the next two years, some aspects of the Navy’s more specialized, technical training programs will begin to move out of the classroom and into virtual environments as part of a broader revamp of training and education functions the Navy calls Ready Relevant Learning.

“They’ll be virtual world training environments, where you can put sailors in these worlds where everything’s hands-on. Everybody knows you’re going to learn quicker and retain the knowledge better by just doing it repeatedly,” Burke said in a recent interview with Federal News Radio.

“These things have become very cost-effective, such that we can put them out into the fleet concentration areas such that we won’t have to transport sailors back and forth to training, they’ll be able to do it right there at the waterfront. We’ve got some of this in place already to the point where sailors are 100 percent qualified on their watch station and their gear before they even get to their ship, because of the fidelity of the virtual world,” he said. 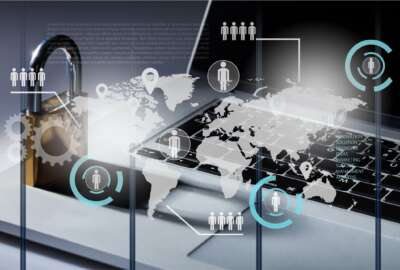 Navy plans major spending to update its personnel IT systems 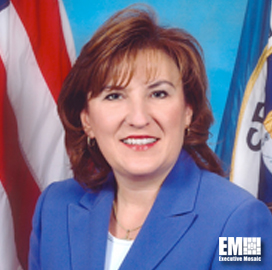