The Defense Department is in the midst of implementing a series of Congressionally-mandated reforms meant to address sexual assault in the military. And the latest numbers show change can’t come soon enough.

According to figures the Pentagon released Thursday, sexual assault is more common than at any time since DoD started keeping data. Reporting, meanwhile, is down,...

The Defense Department is in the midst of implementing a series of Congressionally-mandated reforms meant to address sexual assault in the military. And the latest numbers show change can’t come soon enough.

According to figures the Pentagon released Thursday, sexual assault is more common than at any time since DoD started keeping data. Reporting, meanwhile, is down, as is military members’ level of trust in the military justice system.

The department’s estimates for 2021, based on survey data, are that 35,900 servicemembers were victims of unwanted sexual contact during the year. That’s up from 20,500 in 2018, the last time DoD calculated a similar estimate, although with a slightly different survey methodology.

The prevalence of sexual assault is also up significantly. The Pentagon estimates 8.4% of women and 1.5% of men were victims in 2021. For women, that’s the highest figure DoD’s recorded since regular statistic keeping started in 2006, and for men, it’s the second highest.

“These numbers are tragic and extremely disappointing,” Beth Foster, the executive director of DoD’s Office of Force Resiliency, told a press briefing. “These events not only have an impact at an individual level, but they also degrade our readiness and ability for the department to conduct our mission. Every incident has a ripple effect across the unit and impacts unit cohesion, ability to trust, and distracts from the critical mission at hand.”

Among the military services, the Navy had the highest estimated number of sexual assaults: nearly 12,700. The Army followed with nearly 12,100, the Air Force had just over 6,500, and the Marine Corps had nearly 4,600. Although the Marines had the smallest total number, among women, it had the highest prevalence: an estimated 13.4% of female Marines were victims of sexual assault in 2021.

Thursday’s report also shows that more people reported sexual assaults in 2021 than in 2018. And ordinarily, DoD would consider that a good thing, because officials want to encourage victims to report crimes.

That may have something to do with declining levels of trust in the military justice system to deal with unwanted sexual contact. Those metrics declined sharply.

For instance, just 40% of women said they trusted the system to keep them safe after an incident, down from 69% in 2018.

“This is a hypothetical question we ask everyone on the survey, and it asks  if you were to be assaulted, would you trust the system? We saw a stark decline in perceptions of trust from where they had been in 2018, it is unusual to see changes of this magnitude in a survey metric that had historically been so stable over time,” said Dr. Ashlea Klahr, the director of DoD’s Office of Health and Resilience Research. “However, we do note that this mirrors other changes that we see in other survey metrics, for example, in the American public overall, trust and confidence in institutions is declining. We also see declining retention and declining confidence in potential recruits and in their influencers, in terms of whether or not the military is doing a good job of addressing sexual assault in the institution.”

The report also found a very strong correlation between command climate and the prevalence of sexual assault.

For instance, overall, across the military services, DoD researchers estimated women had a 1 in 12 chance of being victims of unwanted sexual contact in 2021. But in commands where respondents said there was also gender discrimination in their units, those odds shot up to 1 in 5. Where respondents reported that sexual harassment was tolerated, the odds were 1 in 4.

“And for men who experienced sexual harassment, 1 in 6 also experienced unwanted sexual contact. So you can see the dramatic impact on the odds that unhealthy climates had in terms of the likelihood of having experienced unwanted sexual contact,” Klahr said. “This really builds on a very large body of evidence that we have within the department as well as outside of the department, that these climate factors are really robust risk indicators, and really point to the importance of prevention in this space.”

Among those changes: staffing up a new full-time sexual assault prevention workforce. Defense officials say they’ve already hired about 400 people and plan to hire another 2,000. He also ordered 20 site visits by Defense personnel leaders to survey both high-risk and high-quality climate installations to look for lessons to inform future policy.

And he ordered military officials to step up their implementation of the new Offices of Special Trial Counsel, the new prosecutorial system Congress created to take sexual assault prosecution decisions out of the military chain of command.

But the new DoD report pointed to possible challenges in that area too. Thursday’s study found that fewer victims are willing to participate in formal criminal proceedings.

Officials believe that’s part of what’s led to a decline in the number of reported cases that end up in charges before courts-martial: that figure declined from 49% in 2020 to 42% in 2021. Meanwhile, the use of nonjudicial punishments increased from 22% to 31%.

“Our special victims counsel have been able to advise victims about all the different options available to them to support disciplinary action against their alleged offender,” said Dr. Nate Galbreath, the acting director of DoD’s Sexual Assault Prevention and Response Office. “They’ve opted to use these nonjudicial punishments, administrative actions and discharges as a way to support action against the alleged offender without [the victim] having to experience a traumatic experience in court. But this really sets up a high bar for the Office of Special Trial Counsel. They’ll have to convince victims that court martial participation is a viable outcome, and that they’ll be supported throughout the full process.” 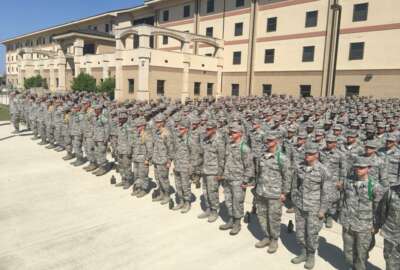 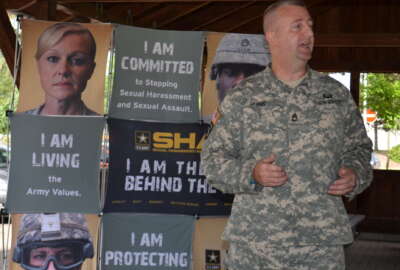