Leading experts appointed by the Defense Department are confirming military sexual assault issues that victims, advocates and troops have been reporting for years: troops do not trust the military justice system to handle sexual assault, the system is ill-equipped to handle assault cases and there are critical workplace and workforce deficiencies in assault and harassment prevention.

Leading experts appointed by the Defense Department are confirming military sexual assault issues that victims, advocates and troops have been reporting for years: troops do not trust the military justice system to handle sexual assault, the system is ill-equipped to handle assault cases and there are critical workplace and workforce deficiencies in assault and harassment prevention.

The report, which was commissioned by Defense Secretary Lloyd Austin on his first day in office back in March, is a damning condemnation of the Pentagon’s ability to prevent, handle, prosecute and even acknowledge sexual harassment and assault issues in the military.

In response, DoD is taking actions that will significantly change how it addresses assault and harassment and how non-judicial punishments are doled out.

“Our most critical asset as a department is our people, and our people and readiness are inextricably linked,” Austin wrote. “We will remain the preeminent fighting force in the world because we strive to better take care of our people. Out values and expectations remain at the core of addressing this problem and I have every confidence that our force will get this right.”

After seeing the report, Austin said DoD will work with Congress to remove sex crimes and related crimes like domestic and child abuse from the military’s oversight. DoD will work with lawmakers to add sexual harassment as an offense in the Uniform Code of Military Justice and create offices in each military department to handle the prosecution of special crimes with appropriate legal oversight and guidance from the Pentagon.

The commission in charge of the report provided 82 recommendations for the Pentagon, including creating a highly trained special victim prosecutor who is independent of the chain of command by 2023.  The commission was led by Lynn Rosenthal, a former White House advisor on violence against women, and filled out by 12 other former military officials and sexual violence experts.

The Pentagon is already implementing some reforms it can direct unilaterally.

“My staff will also be studying how best to implement military protective orders to improve off-base enforcement and mandatory restitution for victims,” Austin wrote.

Deputy Secretary Kathleen Hicks will be in charge of creating a roadmap over the next 60 days on implementing other recommendations.

President Biden threw his full support behind the findings of the report, “The President has sought to stamp out the scourge of sexual assault in the military,” a White House senior official said Friday. “He believes that in advancing the commission’s recommendations, the Department of Defense will be introducing comprehensive changes to implement his administration’s unwavering commitment to improving both the response to and prevention of sexual assault and sexual harassment in the military.”

The report provides fodder for bills introduced in the House and Senate that will take sex crimes and other nonmilitary crimes, like murder and stalking, out of the chain of command.

The Pentagon is making a huge push to increase diversity within its ranks, which includes hiring more women. That’s because it is focusing more squarely on near-peer competition with China and Russia. Multiple reports from think tanks and the military have shown that a more diverse force is more innovative, better at critical thinking and problem solving.

The commission’s report underlines “a wide chasm between what senior leaders believe is happening under their commands and what junior enlisted actually experience.”

“Victims told the commission that they do not trust commanders to do justice in sexual harassment and sexual assault cases for a variety of reasons,” the commissioners wrote. “In addition to a perceived conflict of interest, they see commanders as: complicit (allowing precursor demeaning language and actions to go unchecked); or, are more focused on combat readiness, logistics, and other higher priority matters than on caring for their troops.”

The commission also pointed out that commanders have limited legal training and yet are trusted with complex legal decisions like probable cause to charge someone with a crime of whether there is evidence sufficient enough for a conviction.

“I have experienced sexual harassment and one sexual assault throughout my career,” one survivor told the commission. “During my 19 years, I have not reported a single incident. I have no trust in my safety or the system to protect me. I have kept my career, but have I kept my dignity?”

Partly due to that lack of trust, the commissioners concluded that military law is not equipped for special victims cases.

“Special victim crimes are cases that disproportionately impact victims because of the type of offense committed (i.e., sexual assault), who they are (trait of the victim), or what motivated the crime (intent of the offender). Victims of these crimes frequently experience re-victimization and re-traumatization in the processing of their cases,” the commissioners wrote. “Not infrequently, special victims can experience multiple crimes that overlap with sexual assault. For example, victims of sexual assault may have been harmed by a fellow Service member, but also by a spouse or intimate partner. For men—particularly gay, bisexual, and transgender service members—sexual assault often occurs in the context of bullying and hazing.”

To deal with these issues, the commissioners suggested modifications to military law, the creation of special victims prosecutors and professionalization of billets handling special victims cases.

The commissioners made it clear in their report that victims of assault and harassment were carrying a heavy burden.

“Many women and men with whom the commission spoke had dreamt their entire lives of a career in the military; in fact, they loved being in the military and did not want to leave, even after experiencing sexual assault or sexual harassment,” the commissioners wrote. “Because their experience in the aftermath of the assault was handled so ineptly or met with hostility and retaliation, many felt they had no choice but to separate.”

The commission outlined a handful of the many ineptitudes it heard:

“Making a report of sexual assault in the military is a brave choice,” the commissioners wrote. “It takes tremendous courage to come forward, especially knowing the negative consequences that could result. Most of the victims the commission spoke with said they regretted making a report. Many said that there was no confidentiality in the process.”

The commission found that critical deficiencies in the workforce added to the issue. It stated that DoD and the services lack a true prevention capability. Resources are not allocated and services continue to confuse sexual assault response and awareness with prevention, the commissioners wrote.

“Sexual assault response coordinators are called upon to design initiatives and events that have little to do with research-based prevention programs. Military personnel leading prevention activities are often double-hatted or tasked as collateral duty sexual assault responders. These personnel generally do not have the expertise to design, implement, and evaluate comprehensive prevention activities, through no fault of their own,” the commissioners wrote.

The commissioners also noted outdated gender norms within the military.

“I heard that they made a list of who I could have slept with to get my job. I was the joke to them,” one enlisted service member stated in the report.

“Across the force, sexual violence is an outgrowth of lingering “subcultures of misogyny,” as recently described by the Commandant of the Marine Corps,” the commissioners wrote. “These subcultures don’t only exist in real life— they also thrive online.”

The commission recommends establishing a dedicated prevention workforce, modernizing education and creating a state-of-the-art research capability on assault and harassment.

The commission also said DoD needs to start collecting data on cyber harassment and enhance its climate surveys for commands. The commission also wants the Pentagon to optimize victim care, expand options for getting help and re-envision training and research to improve victim care by establishing a center of excellence. 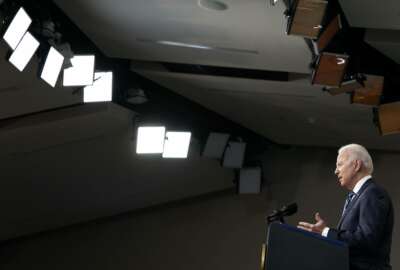 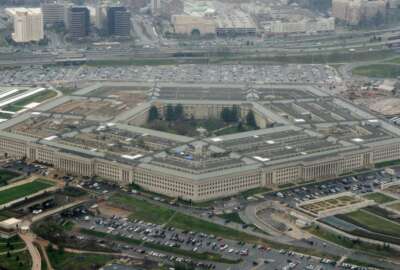 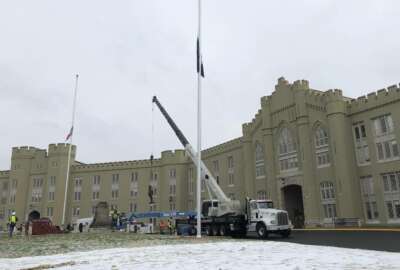