A new report from the military services along with pleas from the highest ranking members of the Army, Navy, Air Force and Marines make a stronger case for bumping up bonus pay for military pilots.

However while monetary incentives help keep pilots in the military, the service chiefs warn that pay alone cannot keep them on board.

The military has had trouble holding on to its pilots in recent years.

A July report to Congress from the Defense Department on the aviation workforce states DoD is seeing shortfalls in retention. The report points an accusatory finger at low bonuses rated for pilots as one of the reasons, by showing Congress how many pilots are giving up bonus pay to leave the military.

The Navy saw a 3.7 percent drop in new retention bonus contracts in 2015, dropping from almost 59 percent to 55 percent.

As pilots leave the military, pilot deficit only grows. The Air Force now estimates its shortfall of pilots will go from 500 to 700 by the end of 2016, the report reads.

That’s especially troubling when the Air Force estimates that the cost to train one F-22 fighter pilot, for example, is $12.5 million.

One reason the report states for the pilots’ lack of interest in bonuses is the size of the incentive pay. Pilots are allowed a maximum $25,000 bonus per year, a number that has not changed since 1999.

That incentive pay may have worked five or 10 years ago when commercial airlines weren’t paying as well, but a July 2016 RAND study states commercial airline pay has rebounded to peak salaries of $200,000 in the mid-1990s.

That’s not the only impetus though. Military pilots have training and hours required to qualify to fly for the major airlines without having to work for smaller regional airlines first.

“Because major airlines work on a seniority system, the best opportunity for salary growth in the major airlines occurs for military pilots leaving after their initial service obligation,” The RAND report states. Another factor that is appealing to military pilots is the Federal Aviation Administration increased the mandatory retirement age for pilots from 60 to 65 in 2007, giving pilots longer to cash in on their talents.

The RAND study estimates the services would have to offer bonuses of at least $38,500 per year in the short term and upwards of $62,500 per year within the next decade to minimize the appeal of moving to a civilian airline.

The services already convinced Congress in the 2016 defense authorization act to up the bonus maximum for drone pilots to $35,000. Manned aircraft pilots have yet to see an increase.

One aviation group that has been hit hard by retention problems is Army Special Operations (ARSOA).

ARSOA has struggled to maintain a sufficient aviator force since its expansion from 263 warrant officer aviators to more than 463 over the last decade, states an April 2015 memo signed by Debra Wada, the Army’s assistant secretary for manpower and reserve affairs.

“Frequent deployments, combat operations in Afghanistan and other operations in support of overseas contingency operations continue to place a high demand on this low-density warrant officer specialty,” the memo states.

An enclosure to the memo shows ARSOA is 133 aviators short in 2014. Increases in the amount of authorized aviators for ARSOA has offset any retention gains resulting in a position fill rate of 71 percent.

“As the ARSOA pilot population becomes more senior there is an increased risk that additional retirement-eligible ARSOA pilots will elect to separate,” the enclosure states.  It notes a possible warning sign, a 1 percent increase in attrition rates from warrant officers in 2014 and 2015 as compared to previous years.

“I approach this as a balanced challenge and opportunity, quality of service and quality of life. Removing financial burdens through aviation bonuses certainly falls in the quality of life category,” Air Force Chief of Staff David Goldfein told the Senate Armed Services Committee on Sept. 15. “What we found in the past — and we’ve been through this before because airlines have hired before — is quality of service is as important as quality of life. And quality of service is making sure that you’re given the opportunity to be the best you can be in your design, in your chosen occupation. Pilots who don’t fly, maintainers who’s don’t maintain, controllers who don’t control, will walk. And there’s not enough money in the Treasury to keep them in if we don’t need to give them the resources to be the best they can be. In my mind, readiness and morale are inexplicably linked. Where we have high readiness, we tend to have high moral because they’re given the opportunities to compete. Where we have low readiness, we have our lowest morale.”

Chief of Naval Operations Adm. John Richardson echoed Goldfein’s remarks, but in practice readiness has not been where it should be.

Lt. Gen. Kevin Mangum, deputy commanding general at U.S. Army Training and Doctrine Command told the House Armed Services Committee that there is a deficit of experience and expertise in some positions.

“Evidence of reduced maintenance proficiency is clear. Combat Aviation Brigades are not meeting readiness rates (not a parts issue or resource issue); they are struggling to maintain adequate combat power to meet training requirements and our noncommissioned officers who are attending Professional Military Education have significantly less knowledge and experience in maintenance management than we previously saw two to three years ago. This is causing increased operating costs due to a lack of troubleshooting and is increasing the risk of maintaining fully airworthy aircraft,” he said in his opening statement.

That goes hand in hand with the military spending more money on experience contractors for maintenance and drone pilot work.

On the solution side, the military chiefs asked Congress to do away with sequestration so funds can be freed for training and bonuses.

But critics point to the military’s inability to keep its forces ready as a sign the military is too large in a time when wars are drawing down. 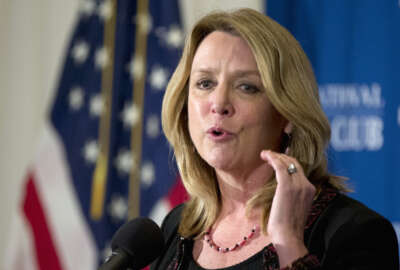 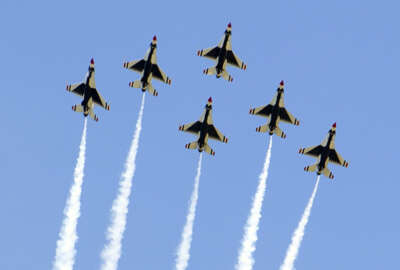 U.S. paying $100 million to keep troops out of Afghanistan