The Army National Guard is trying to provide predictability for troops and businesses as it begins the process of increasing the number of training days for some brigades.

The Guard is reaching out to soldiers and industry to reconcile the fact that soldiers who previously spent at least 39 days a year in active-duty training will be spending more time in their Guard duties.

“We’ve been talking to the soldiers, we are putting together a communications plan. We think it’s important we provide predictability and that they understand the readiness model and why we are doing this. It’s important to me and to the Army National Guard that we as leaders carry the message of why it’s important to our soldiers, their families and ultimately their employers,” Director of the Army National Guard Lt. Gen. Timothy Kadavy told Federal News Radio.

The Army National Guard announced earlier this month that armored and Stryker brigades will be the first units to receive extra training.

Those units are in high demand, especially in the Middle East.

Only armored and Stryker brigades will go to the National Training Center in southern California. The training will be moved to a four year strategy of 39 days in year one, 48.5 days in year two, 60 days in year three and 51 days in year four.

The Army is working with industry to try and accommodate the increased training for Guard troops.

“Outreach to them, explain to them the strategy and ensuring predictability within a four year cycle [is important] so they know when soldiers won’t be available for work or when we will need them for additional training. We’re trying to provide predictability for both timing and duration so families and employers can plan accordingly and support their soldier,” Kadavy said.

The Guard thinks it will be able to reduce the post-mobilization time of the units with the extra training.

Post-mobilization is the time when a unit is called up and is getting ready to deploy. The activities include moving from a home station to a mobilization station, preparing gunnery and doing situation training exercises.

“The whole goal is to reduce post-mobilization time and we think we can reduce it by 30 percent by moving to a four year model,” Kadavy said.

Army Chief of Staff Gen. Mark Milley and Kadavy both said the current training structure is not enough for most of the Guard’s units.

Kadavy said the Army is currently working on what units will need additional training as well.

The increase in training comes as the Army is drawing down its total force from 1.3 million to just under one million.

That stretches the limits of what the Army can do in its current posture and demands more from the Guard and Reserve.

“With 186,000 deployed on a daily basis in 140 countries, you understand my discomfort with trying to continue to meet emergent demands and current operations with a force that is getting smaller,” Gen. Daniel Allyn, vice chief of staff of the Army said earlier this year. 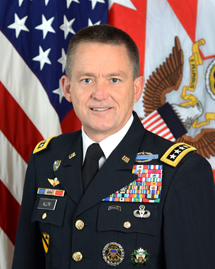 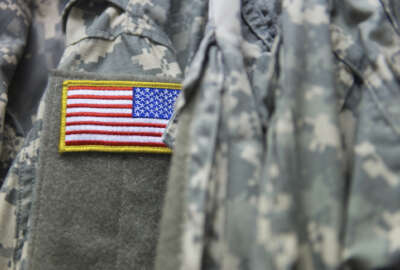