When the Defense Department decided not to ask Congress to authorize a round of base closures as part of this year’s budget, it was a recognition that doing so would be an exercise in futility. After all, lawmakers have rejected those requests each year since 2012.

When the Defense Department decided not to ask Congress to authorize a round of base closures as part of this year’s budget, it was a recognition that doing so would be an exercise in futility. After all, lawmakers have rejected those requests each year since 2012.

But Defense officials say that doesn’t mean they’ve changed their minds about the need to get rid of some of the military’s excess real estate, either through the traditional base realignment and closure (BRAC) process, or some other means that Congress finds more palatable.

“We realize that we have asked for six years, and for six years, Congress has said no. We can’t keep doing that,” Lucian Niemeyer, the assistant secretary of Defense for energy, installations, and environment told the House Appropriations Committee last week. “We have to work with you on a common way forward that will allow us to make prudent reductions in our infrastructure. We must ensure that our basic infrastructure is ideally sized to increase the lethality of our forces while minimizing the costs of maintaining unneeded capacity.”

In a report to Congress last October, the Pentagon estimated that it would have 19 percent more base infrastructure than it can put to military use, even assuming it had a force that was as large as the one that existed in 2012, prior to the last military drawdown.

In addition to seeing that excess facility footprint as wasteful and inefficient, DoD believes it simply can’t afford to adequately maintain the buildings and other facilities throughout its $1 trillion real estate portfolio. Although Congress gave the department a significant plus-up in maintenance funding this year, it’s already accumulated a backlog of $116 billion in unfunded repair projects.

“This year’s funding will not fully restore the damage caused by years of sequestration,” Niemeyer said. “Many of our facilities have degraded significantly from reduced investments in all accounts. A lot of our facilities are in either failed or poor condition. This will ultimately result in DoD facing larger bills in the future to go ahead and restore or replace facilities that deteriorate prematurely, but the stark reality is that it may be too costly to buy or sell us out of this backlog.”

In the absence of an agreed-upon path forward to restructure its basing footprint, the department says it’s doing what it can within existing law, and within the gates of its existing bases.

For now, that means a major investment in demolishing failed or underutilized structures in order to eliminate costly repair bills. That’s a step Defense officials have previously been reluctant to take, since demolition also costs money. But the department’s 2019 budget would spend roughly half a billion dollars on demolition.

The Navy, for example, plans to spend $120 million on razing unused or crumbling facilities in 2019, after having not requested any funds for demolition the year before.

The other services described similar approaches.

The Army, which estimates it has 170 million square feet of excess infrastructure, has significantly increased the percentage of its facility maintenance funds that it uses for demolition since 2016, said Lt. Gen. Gwen Bingham, the service’s assistant chief of staff for installation management.

“We took on an initiative we call ‘reduce the footprint,’ where we’re able to consolidate our soldiers into our best facilities first, use conversion authority and then demo those facilities that were in poor and failing condition that we know we wouldn’t use again,” she said. “In 2018, we have about $100 million that’s going toward demolition. In FY ‘19, we more than doubled that, well over $200 million. So we are taking it seriously and we are trying to rid ourselves of that excess, because we know it’s costing dollars.”

Similarly, the Marine Corps expects to use existing authority within its facilities budgets to demolish roughly 11 million square feet of floor space over the next several years, as part of what it calls an “infrastructure reset.”

“It’s really a comprehensive program, and demolition’s a big part of it,” said Maj. Gen. Vincent Coglianese, the commander of Marine Corps Installations Command. “We want to reduce and optimize the infrastructure footprint, make our investments in facilities with lowest life-cycle cost. And it’s really a great return on investment, because it’s about $9.4 million of cost avoidance or ability to invest in another program. The low-hanging fruit’s easy right now as we get rid of that excess and do a better job of space management in our facilities. It will be harder to get after it in the the next round, but I think it’s a really important part of our strategy.” 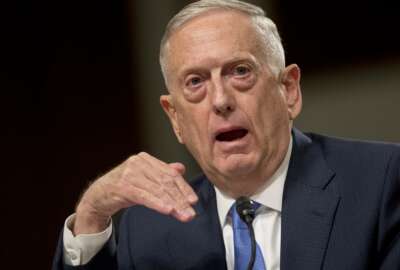