Judging just by dollars spent, the Navy has been slower than the other military services to join the Defense Department’s current craze over other transaction agreements. But in what may be a turning of the tide, the service is putting $100 million toward a new OTA vehicle over the next three years, just for information warfare.

The Space and Naval Warfare Systems Command (SPAWAR) signed an agreement last week with Advanced Technology International, one of six companies that bid to operate the new OTA consortium, called the Information Warfare Research Project (IWRP). ATI, which already manages more than a dozen other consortia for companies interested in OTA work, already has an IWRP website up and running, urging firms and academic institutions to sign up, and touting the low barriers to entry involved with the OTA process.

SPAWAR could start delivering work to those entities as soon as August, officials said. As has been the case with other Defense OTAs, the emphasis is on garnering prototype proposals from firms that would not normally be willing to jump through the necessary hoops to perform government work.

“We are truly doing something different and unique here,” Chris Miller, the executive director of SPAWAR’s Systems Center-Atlantic, said in a statement. “The IWRP will allow us to take advantage of commercially developed capabilities that are keeping pace with emerging technologies, technologies and innovation that we cannot take advantage of in a FAR-based contract environment.”

Until now, the Navy has been more reluctant than the Army and Air Force to allocate its R&D dollars toward OTAs, despite a 2015 Congressional decision to significantly expand DoD’s authority to use the non-contract agreements. According to data compiled by Bloomberg Government, the Navy spent just $42 million on OTAs last year, compared to the Army’s $1.2 billion and the Air Force’s $236 million.

SPAWAR’s IWRP process is fairly typical of other IT-focused DoD OTAs: It will notify members of the consoritium whenever it has a particular technology need it wants them to fill, then ask for brief white papers describing what companies and other institutions think they can do to address the challenge. Firms can also submit unsolicited white papers if they believe they have a particularly innovative technology the government doesn’t know about.

The Navy plans to use the new OTA for 14 different “technology areas:”

Also like most other OTA consortia, IWRP membership is open to both traditional and non-traditional Defense contractors.

For non-traditionals, ATI paints the process as fairly straightforward, at least in terms of the government procedures they’ll need to comply with in order to join. They’ll need to establish themselves as a government vendor by registering with the System for Award Management, get a DUNS number if they don’t already have one, and sign a military-critical technical data agreement in order to get potentially-sensitive unclassified information connected with the OTA projects.

Because of the latter requirement, IWRP is only open to U.S.-based companies. 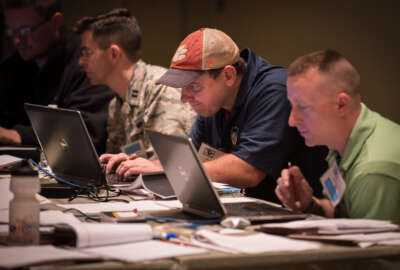 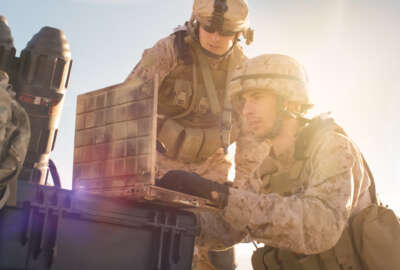 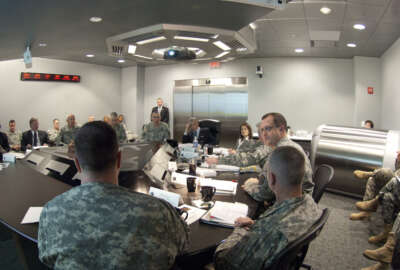