A federal court has agreed to temporarily delay any further proceedings in a lawsuit challenging the the Pentagon’s JEDI Cloud contract while the Defense Department conducts its own investigation into whether the procurement was compromised by conflicts of interest.

In a one-paragraph ruling on Tuesday, Court of Federal Claims judge Eric Bruggink ordered a stay in the case, filed by Oracle. The court had previously been scheduled to hear oral arguments on the company’s bid...

A federal court has agreed to temporarily delay any further proceedings in a lawsuit challenging the the Pentagon’s JEDI Cloud contract while the Defense Department conducts its own investigation into whether the procurement was compromised by conflicts of interest.

In a one-paragraph ruling on Tuesday, Court of Federal Claims judge Eric Bruggink ordered a stay in the case, filed by Oracle. The court had previously been scheduled to hear oral arguments on the company’s bid protest during an April 4 hearing.

But the government filed a motion on Tuesday asking the case to be put on hold. That motion was filed under seal, but according to Bruggnik’s order, DoD requested it because it is “reconsidering whether possible personal conflicts of interest impacted the integrity of the JEDI Cloud procurement.”

Oracle has long contended that at least two Defense officials with ties to Amazon Web Services helped shape the procurement in a way that favored AWS from the outset, including by insisting that the up-to $10 billion contract be awarded to only one vendor.

In particular, the company has pointed to Deap Ubhi, a former member of the Defense Digital Service who it claims had a “personal and substantial” role in the early days of JEDI procurement planning. Ubhi at that time was a former AWS employee, and has since returned to the company. Oracle alleges he was also in negotiations for AWS to purchase his startup company during his tenure at DDS.

As one indicator of Ubhi’s role, Oracle, in a court filing last week, cited an internal Sept. 2017 message to him from Sharon Woods, DDS’s general counsel, saying that she was “nervous” about the single-award approach he had been advocating, and asking for a more detailed explanation for why it made sense.

Later, “Ubhi drafted the ‘Problem Statement’ for DoD leadership that ‘explains the problem we are solving with this initiative,’ including ‘why can’t we solve the problem with multiple clouds,’ and ‘why is only one cloud a truly necessary requirement,’” according to last week’s court filing. “Ubhi also contributed to the Business Case Analysis, a document that ‘serv[ed] as a foundation’ for JEDI.”

The company claims there was a similar conflict of interest on the part of Anthony DeMartino, who served as Shanahan’s chief of staff during the early stages of the JEDI planning effort.

DeMartino had previously done consulting work for Amazon, and because of that, department ethics officials had advised him not to participate in any matters involving AWS without prior approval from the Standards of Conduct Office. But Oracle, again, citing DoD records, claims he ignored those directions by directly involving himself in the JEDI procurement.

The conflict of interest claims are only one of the complaints Oracle made in its lawsuit.

In last week’s motion, which asked the court to issue a summary judgment in Oracle’s favor, the company said the Pentagon had settled on a single-vendor strategy for its JEDI Cloud contract from the very outset, but sought to hide that fact in order to avoid public controversy.

Citing internal records it obtained as part of the suit, it said DoD’s Cloud Executive Steering Group decided on the single-vendor approach at its very first meeting. That meeting was held just one day after Deputy Defense Secretary Patrick Shanahan signed a memo establishing the CESG in September 2017.

Lawyers for the tech firm argued that the early date is relevant, because it is one indication that the legal analyses DoD eventually prepared for Congress and contractors to justify its single-award decision were “one sided” and designed to support a conclusion its officials had already reached months earlier. 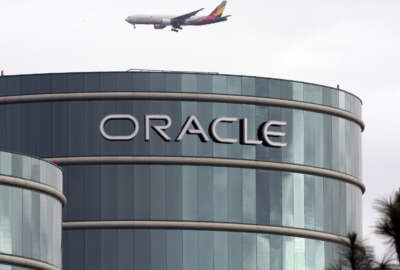 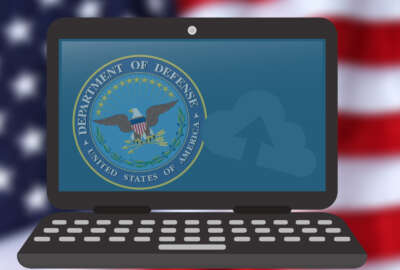 They also alleged that the government had withheld documents about those and other parts of the planning process from the Government Accountability Office during an earlier protest, in which GAO ruled in DoD’s favor.

“The [contracting officer’s] July 17, 2018 memorandum (prepared months after DoD chose the administrative convenience of a single award) prejudicially violates the law,” attorneys wrote. “The CO did not meaningfully consider the benefits of competition, arbitrarily inflated the cost of competition, and undermined Congressional policy.”

Although federal law tells agencies to give preference to multiple-award ID/IQ contracts whenever they can, Oracle claims DoD took several steps to restrict competition from the early stages of the procurement.

Among the decisions it’s challenging in the suit, the Pentagon is insisting that cloud competitors have their services authorized by the government’s FedRAMP program in at least three physical data centers that are at least 150 miles apart.

The company claims those prerequisites have more to do with reducing the number of potential bidders than actual performance on the JEDI program, since the contract will use its own cybersecurity plan, not FedRAMP. Another “gate criteria” Oracle criticizes as irrelevant is the requirement that the winning firm’s JEDI revenue not be larger than the commercial cloud business it had as of January 2018.

In its earlier decision, GAO acknowledged the preference in federal law for multiple-award contracts, but found that DoD has wide discretion to take advantage of exceptions to the rule for national security reasons.

GAO did not rule on another Oracle’s conflict of interest claims, because it said any conflicts wouldn’t be relevant until and unless AWS actually wins the contract.

But at the Court of Federal Claims, Oracle has maintained that the alleged conflicts had a direct bearing on how the Pentagon structured the contract in the first place.