The Defense Department’s $10 billion cloud procurement known as JEDI is one step closer to becoming a reality, clearing a major procurement hurdle.

The Defense Department’s $10 billion cloud procurement known as JEDI is one step closer to becoming a reality, clearing a major procurement hurdle.

“GAO’s decision concludes that the Defense Department’s decision to pursue a single-award approach to obtain these cloud services is consistent with applicable statutes (and regulations) because the agency reasonably determined that a single-award approach is in the government’s best interests for various reasons, including national security concerns, as the statute allows,” said Ralph White, GAO’s managing associate general counsel for procurement law, in a statement. “GAO’s decision also concludes that the Defense Department provided reasonable support for all of the solicitation provisions that Oracle contended exceeded the agency’s needs. Finally, GAO’s decision concludes that the allegations regarding conflicts of interest do not provide a basis for sustaining Oracle’s protest.”

Oracle submitted the protest in August, just 11 days after DoD released the final request for proposals for JEDI.

In its filing, the software giant argued JEDI is anti-competitive, violates law and regulation and creates significant risk that DoD will award a contract to a company that will not offer the best value for all the potential JEDI Cloud user’s current and future cloud service needs.

“I think we have a smart approach to modernizing the Department of Defense,” Shanahan said at the Pentagon. ‘I’m not worried about vendor lock. As a person from industry, the last thing we are going to have is vendor lock. We are going to have competition, but it’s really about how we are migrating the department effectively to the cloud and I think we are running a good competition.”

GAO’s decision also does not bode well for IBM, which submitted a pre-award protest in October claiming the RFP also is flawed. GAO said Oracle’s and IBM’s protests could not be resolved concurrently; the statutory due date for IBM’s protest is Jan.  18.

An IBM spokeswoman declined to comment on the GAO’s decision.

“Oracle believes that both the warfighter and the taxpayer benefit most from a rigorous and truly competitive process.  We remain undeterred in our commitment to bring tremendous value and flexibility to our customers, including the Department of Defense. Oracle’s JEDI bid represents a forward-thinking, next generation cloud focused on security, performance, and autonomy and a move away from the legacy cloud infrastructure that seems to be favored in the RFP,” said Oracle spokeswoman Deborah Hellinger in a statement. “We are convinced that if given the opportunity to compete, DoD would choose Oracle Cloud Infrastructure for a very substantial portion of its workloads because OCI delivers the best, most performant and most secure product available at the best price.”

DoD continues to review proposals for the JEDI contract, which experts say likely are from only a handful of companies, including Microsoft, Amazon Web Services, Oracle and IBM.

One industry observer, who requested anonymity because they didn’t have permission to talk to the press, said GAO validated DoD’s single award strategy.

“This seems to clear the way for DoD to select the one cloud provider of its choosing, questions remain regarding the wisdom of their choosing the same cloud infrastructure for their data as the intelligence community,” the source said. “I hope wise heads are considering the cyber and insider threat implications of that. Amazon should put away their champagne.”

John Weiler, the executive director and co-founder of the  IT Acquisition Advisory Council (IT-AAC), said GAO’s decision was disappointing because they are ignoring “the significant organizational conflict of interest issues arising from uneven access, payments to key decision makers and previous efforts to sole source related contract to AWS and its partners (REAN, Koniag, etc). “

He added he would not be surprised to see Oracle move it to Federal Court of Claims.

Eric Crusius, a partner with Holland & Knight, said Oracle can take their case to the Court of Federal Claims or wait for the award.

“If they do bring it to the court, there is no automatic stay, so the court would have to find that Oracle has a likelihood of success on the merits (in addition to other factors) to receive a stay pending the outcome of the protest. If no stay is issued, then the protest may be moot by the time it is over,” Crusius said. “The decision is another illustration of the wide latitude contracting agencies are given when crafting procurements by GAO and the Court of Federal Claims. Statements by an agency regarding their needs, even if supported by minimal evidence, are usually sufficient to give the agency the green light to move forward without interference or second guessing from GAO or the court.”

Crusius added he was surprised that GAO didn’t address Oracle’s other issues, so it will be interesting to see how GAO disposed of them when the decision is issued. 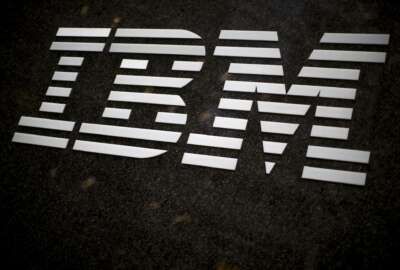