Farewell to the federal workforce’s only remaining WWII veteran

Sarkis Tatigian joined the Navy in 1942. He’s been there ever since, until his death this week at the age of 96.

Tatigian — who first enlisted as a radio inspector at the now-defunct Philadelphia Naval Shipyard — went on to become the small business advocate at Naval Sea Systems Command. He had held that title since 1979, six years after he first became eligible for...

Farewell to the federal workforce’s only remaining WWII veteran

Sarkis Tatigian joined the Navy in 1942. He’s been there ever since, until his death this week at the age of 96.

Tatigian — who first enlisted as a radio inspector at the now-defunct Philadelphia Naval Shipyard — went on to become the small business advocate at Naval Sea Systems Command. He had held that title since 1979, six years after he first became eligible for retirement. But he’d been working on the Navy’s small business programs since 1951, two years before the Small Business Administration even existed.

Even well into his 90s, Tatigian reportedly commuted to work at the Washington Navy Yard via public transit every day. When we last spoke to him in late 2017, he had only taken one vacation day that year.

“What kept him at it for so long?” I asked him then.

“In my case, it’s the variety of work. Every day is like getting a new job,” he said in an interview marking his 75th work anniversary. “The situations that arise, the problems that arise, the people that you talk to on the phone or in the office or in the business world. That’s probably the driving force: The variety, instead of being on an assembly line to tighten a screw or a bolt or something all day.”

A coalition of military communities is calling on the Defense Department for more transparency in its response to the COVID-19 outbreak. The Association of Defense Communities (ADC), which represents more than 300 military groups, sent a letter to Defense Secretary Mark Esper outlining the need to balance transparency with the operations security imperative of the military.

“While maintaining this balance is important, the fact is more than 70% of our service members live off base; our installations and military families rely on the people and services of the surrounding community,” Joe Driskill, president of ADC, stated in the letter. “COVID-19 does not recognize fence lines, our response requires a ‘one community’ approach that links bases and communities to manage response and recovery.”

The military has been transparent about the number of cases it has, but some policies can be confusing. Individual commanders are tasked with responses to the coronavirus, which can lead to differences in policy depending on location and installation.

ADC, in conjunction with Blue Star Families, is providing webinars on military family issues during the crisis like schooling, daycare and benefits information. — SM

As one way to relieve the strain on DoD’s networks caused by a massive surge in teleworkers, the Pentagon is rolling out a temporary solution that operates completely in the commercial cloud.

The new service, called Commercial Virtual Remote (CVR), is a DoD-only instantiation of Microsoft Teams. It includes email and office software, chat, video conferencing, storage and other collaboration tools, and it’s available from both personally-owned and government devices. But Defense IT officials are stressing this is only a stop-gap measure: Once the COVID-19 emergency is over, the service will be shut down, and any data users have saved in CVR will be obliterated forever.

However, some of the initial results seem to show the suite is more useful as a short-term measure, and mainly for people working outside their offices. Navy users, for example, have reported it’s much easier to set up a CVR account from home than on their government computers. And the Navy is blocking CVR’s voice and video services for people who connect to it from the Navy-Marine Corps Intranet. — JS

Social distancing and telework don’t seem to have had a major impact on the mechanics of the Army’s acquisition bureaucracy — at least so far.

Bruce Jette, the assistant secretary of the Army for acquisition, logistics and technology told reporters that at the headquarters level, 90% of the acquisition workforce has been able to figure out how to work remotely, even if technology constraints have made their work a bit less efficient.

Jette cautioned that doesn’t mean there won’t be impacts — especially on contracts where the Army relies on commercial companies whose business has been hurt by the economic slowdown, or where production depends on workers in facilities where staffing has been thinned out to maintain social distancing.

“But none of the production rate has gone down at this point – particularly for any of our major systems – to the point where they’re at the risk of having any significant delays,” he said. — JS

Coronavirus may start eating away at the military’s industrial base and readiness, especially in the south and west of the United States. A report from Govini compares the spread of COVID-19 with areas where medical infrastructure is poorly positioned due to lack of preparation or capacity. It then maps those areas onto areas where the defense industrial base is developing products for the Defense Department.

“There is a real possibility that the department will be unable to conduct its priority missions because of a sudden cessation of work by personnel at key companies,” the report states.

The report points out several military hot spots that are vulnerable. San Diego, California is considered high risk for COVID-19 and that may disrupt readiness. The same is true for Ft. Hood, Texas, Ft. Campbell in Kentucky and Ft. Stewart in Georgia.

Areas were modernization may be affected because innovation hubs are at risk include the headquarters of major defense contractors like Lockheed Martin Aeronautics in the Dallas-Fort Work Metroplex and the San Francisco Bay Area, where many tech companies call home.  — SM

Filling out the Space Force

It’s time for some personnel and organizations in the Air Force to pack up some metaphorical boxes. The Space Force and Air Force jointly identified 23 Air Force organizations that will transfer over to the new service. Most of the labs, squadrons and directorates moving to the Space Force are based in Colorado. However, there are some outliers like the 7th Intelligence Squadron in Ft. Meade, Maryland, and the Air Force Research Lab’s Electro-Optical Division in Hawaii and New Mexico.

The transfers will account for more than 1,800 Air Force billets, however that doesn’t mean they will all be in the Space Force. For the near-term, the airmen will remain in the Air Force. In the coming months once the appropriate provisions are in place, the airmen will have an opportunity to volunteer to transfer to the Space Force. If they decide not to, then they will remain airmen who are assigned to the Space Force until their rotation is complete. They will then be transferred to an assignment within the Air Force.

“Building the U.S. Space Force represents a top priority for the Department of the Air Force,” said Air Force Secretary Barbra Barrett in a statement. “These mission transfers incorporate existing forces into the agile Space Force, which stands ready to defend American and allied interests.” — SM

Between its JEDI Cloud and Defense Enterprise Office Solutions contracts, the Defense Department has had some unhappy experiences with the bid protest regime for major IT contracts lately. But last week appears to have brought a change in fortunes.

The full text of the decision hasn’t been published yet, but in a statement, GAO said it rejected several contentions from losing bidder GDIT, including that Leidos gained an unfair advantage in the procurement by hiring a former DISA official and that DISA engaged in “misleading” negotiations on labor rate issues. — JS

Slow your stroll when going in for a CAC card

The Navy is putting a halt on walk-in renewals of CAC cards that will expire in the next two months. The same goes for sailors and Navy civilians who lost their cards. The Navy announced last Friday that basically anyone trying to get a CAC card for the next 60 days will need to make an appointment.

The policy shift is just another symptom of a world rocked by coronavirus. The Navy says the clamp down on appointments is “designed to protect sailors, families, civilian employees, contractors, and retirees during the ongoing COVID-19 global pandemic.”

Those who do come in for appointments will be asked basic health screening questions prior to entry. Don’t forget your social distancing etiquette either. The Navy says they will be following the Centers for Disease Control and Prevention’s safe-distance guidelines.

If you need to make an appointment you can go to the Navy’s appointment scheduler at https://rapids-appointments.dmdc.osd.mil.

Priority for appointments will be given to those in time sensitive situations. That includes active duty sailors whose CAC has been lost, stole or will expire in the next 60 days and newly retired members and dependents with cards expiring in the next 30 days. — SM

Contracting in the time of COVID

“I suspect that the impact most defense businesses are going to see is, as we head into this new quarter do the conversations that might have been in train continue and turn into an ability to get on contract and do more work?” Murphy Dougherty said. “We have found not a lessening of demand, but more a redirection of priorities. A number of conversations we were having in supply chain analysis have simply been redirected to ‘How do you help understand our supply chains in the context of the COVID crisis?’”

Murphy Dougherty said Govini is feeling positive about weathering the coronavirus storm. The company is still working on a $400 million contract with the Pentagon’s chief management officer to use data to save money and bring in more nontraditional companies. — SM 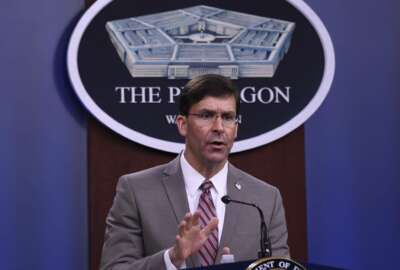 Esper: Pentagon to give respirator masks, ventilators to HHS 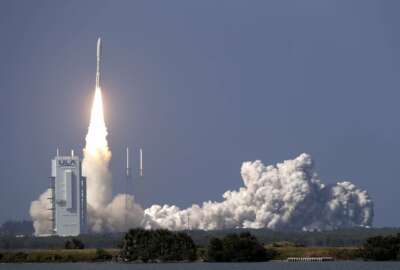 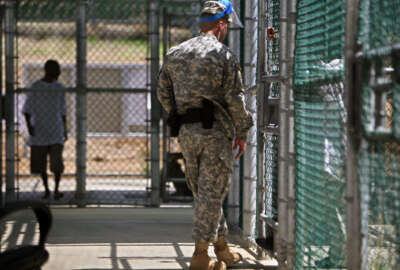 Anyone on DoD property will need to wear a mask