Defense leaders far and wide have acknowledged that the productivity of their workforces in an almost-all telework situation has taken them by surprise. And though some of them have hinted at the idea that they’ll be more open to telework after the pandemic is over, at least one large command is actually laying the groundwork for that.

Defense leaders far and wide have acknowledged that the productivity of their workforces in an almost-all telework situation has taken them by surprise. And though some of them have hinted at the idea that they’ll be more open to telework after the pandemic is over, at least one large command is actually laying the groundwork for that.

Gen. Arnold Bunch, the commander of Air Force Materiel Command said he’s directed a review of position descriptions across his 80,000-person command to decide if they’re more telework-compatible than what was imagined when those descriptions were written.

“I’m also going to look at how we set up our facilities. Do I need all those cubes? Can we create an environment where we have hot desks where people come into, they clean, and then then leave,” he said.” That may save us money as to how we go out and build facilities. It may create areas where we don’t need to lease as much space.”

Bunch acknowledged he was among the telework skeptics in the military leadership ranks prior to the pandemic. And even though the experience of the past several months has diminished that skepticism, he also sounded some notes of caution.

For one, he said, for telework to operate sustainably, and at scale, he said the emergency IT capabilities DISA and the Air Force created within a few weeks time frame — like Commercial Virtual Remote and various software licenses – need to stick around for the long-term to support a large-scale remote workforce.

Bunch also expressed concern about keeping airmen connected to the service’s “core values” when they’re not physically present in a government facility.

“It’s got to mean something to be part of the Air Force, and we have to look at how we acculturate airmen in and how we keep them connected to our core values. We also have to continue to focus on resiliency and connectedness. We can be physically distanced, but we have to be socially connected. This is a very trying time, and as we continue in telework status, we’ve got to have that linkage into the team,” he said “Our airmen have done a great job … but we have to continue to keep a focus on that as we go forward.”

The Space Force began its life late last year as the smallest of the six military services. That’s not likely to change anytime soon if its current leader has anything to say about it.

The Space Force’s relative smallness (it will still only have about 6,400 personnel by this time next year, according to budget documents), is a feature, not a temporary bug, said Gen. John Raymond, the chief of space operations.

He said a large proportion of the work he and his staff have been doing to stand up the new service over the last several months has been to cut out traditional military bureaucracies and build a structure that’s much flatter than the other services.

“A war that extends into space, or begins or extends into space, is going to be fought over great distances and at tremendous speeds. Big organizations are slow, and big organizations won’t be able to move fast enough to do what we need to do in space,” he said Saturday at the annual conference of the National Guard Association of the United States. “I am convinced that we have to go fast, we must be small, we must be agile. And over the first seven months or so of business, we have been in the business of slashing bureaucracy.”

As part of that planning, Raymond said the Space Force has cut its initial estimates of the headquarters personnel it will need from more than 1,000 to fewer than 600. For context, the next-smallest DoD service, the Marine Corps, had 2,500 headquarters staff as of 2015, according to the Government Accountability Office.

In its field commands, the Space Force now plans to have two fewer layers of command structure than its main predecessor, the Air Force, traditionally has had.

Building a new service somewhat from scratch also lets leaders think in different ways about other aspects of how to run a military organization, including its personnel system. There too, Raymond says planners are putting an emphasis on “agility.”

“The National Defense Authorization Act [which created the Space Force] gives us a clean sheet of paper about how are we going to develop our people,” he said. “I think when somebody comes in, we’re looking to develop a model that allows them to be in the Space Force full time, transition over, maybe do a job at NASA, do a job with industry, transition to part time with the reserve component, and have much more portability between those different segments.”

The 2020 NDAA directed DoD officials to study how the Space Force should use National Guard and reserve forces, since many of the functions the new service is inheriting are performed by reserve forces today. Raymond said that study is underway now.

Space Force establishing its own cybersecuity provider — with limited ambitions

One reason the Space Force might be able to continue to operate over the long term as a relatively lean organization, by DoD standards anyway, is that it plans to lean heavily on the Air Force for most of its “enabling” capabilities.

Roughly 75 percent of those functions — from logistics and IT to civilian personnel management and auditing — will be something of a shared service across the Department of the Air Force, which contains both the Air Force and Space Force.

One example where the Space Force is building its own capabilities only where it thinks it needs to is in the area of cybersecurity service providers (CSSPs). For the most part, it intends to use the CSSPs the Air Force already has up and running, but there are some cyber missions that need a space-specific focus, said Col. Hewett Wells, the deputy director for space and cyberspace operations.

“While we continue to leverage Air Force CCSP services for NIPRNet and SIPRNet, the Space Force will focus our efforts on a select number of space mission systems like GPS, a system embedded into the fabric of our everyday lives at home, at work and across DoD operations,” Wells said last week at the annual Air Force Information Technology Conference.

The Space Force plans to submit a full certification package to the Joint Force Headquarters-DoD Information Networks next year, and hopes to have its own fully-certified DoD CSSP by the end of 2021. As of now, CSSP services for space systems are being handled by the 16th Air Force, the new Air Force command charge of cyber warfare. 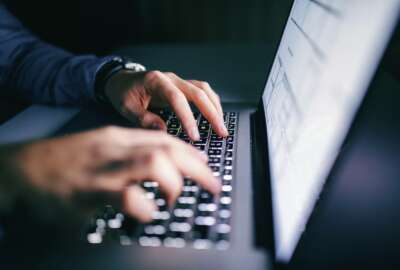