DHS not affected by ‘isolated’ St. E’s water outage, but GSA testing its water as precaution

The Department of Homeland Security’s St. Elizabeths West Campus isn’t affected by a water outage that hit a neighboring psychiatric hospital, but the General Services Administration is taking steps to test the agency water supply out of an abundance of caution.

In an all-hands email to employees working at St. E’s West Campus, DHS officials said a water contamination issue “is isolated to the St. Elizabeths Hospital facility” next door.

“You may have seen recent news articles concerning the water quality at the District of Columbia Hospital on the St. Elizabeths East Campus. Please be assured there is no concern with the water supply at the St. Elizabeths West Campus which houses DHS,” agency officials wrote in an email obtained by Federal News Network. “The St. Elizabeths Hospital East Campus is currently without water due to the discovery of bacteria in the hospital’s plumbing during routine water supply tests conducted at the hospital last month.”

While D.C. Water has given no indication that the St. E’s West Campus system has been contaminated, GSA on Friday implemented an “emergency protocol” to run a comprehensive water test at the campus pump house. DHS officials told employees that the water testing process will take about five days to complete.

DHS officials told employees that the hospital facility that occupies St. Elizabeths East campus is supplied by a separate water tower and on a different loop than the water for the West Campus buildings occupied by DHS.

“DHS and GSA both regularly test the water on the West Campus and the next quarterly test is planned for the upcoming holiday weekend,” DHS officials wrote in the email to employees.

Acting DHS Secretary Kevin McAleenan has worked out of his St. E’s West Campus office, located in the pre-Civil War Center Building, for about six months, along with about 1,000 other DHS employees.

GSA and DHS held a ribbon-cutting in June to commemorate the official opening of the Center Building. The Coast Guard’s headquarters building is also stationed on the campus.

DHS and DHS have spent a decade developing the consolidated campus, the federal government’s largest construction project since the Pentagon. The agencies have repeatedly pushed back deadlines, but DHS officials have told Congress that it expects to wrap up the project by 2026.

Last month, according to WTOP, routine water supply tests at the hospital discovered evidence of legionella, the bacteria that causes Legionnaires’ disease, in its plumbing system.

The hospital put emergency protocols into effect Sept. 26, which included shutting off running water and using bottled water for drinking, cooking and hand-washing.

The hospital is cooperating with D.C. Water, D.C. Department of Health and others to clean and chlorinate the water pipes. 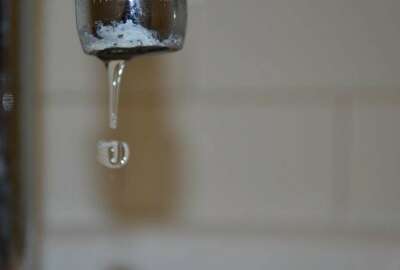 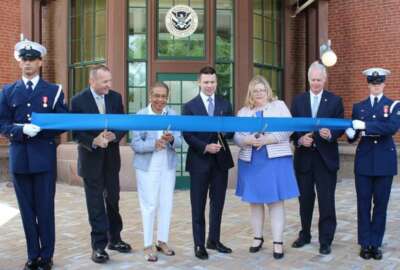 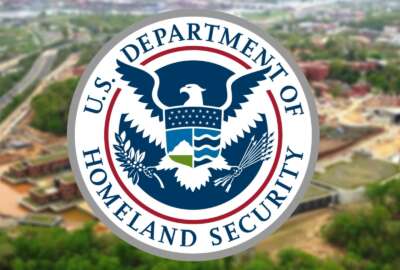