As the federal government steps up IT modernization efforts, search engines can help agencies move toward more secure, agile, and cost-effective infrastructures.

The most recent push toward IT modernization is backed by legislation, some funding, and initiatives such as the General Service Administration’s IT Modernization Centers of Excellence (CoEs). As the President’s Report on IT Modernization points out, “Agencies have attempted to modernize their systems but have been stymied by a variety of factors, including resource prioritization, ability to procure services quickly, and technical issues.”

IT modernization is a daunting task because legacy systems are complex, consisting of a large volume of old source code that is difficult to understand and maintain. The original developers of the code are most likely no longer with the agency. Figuring out how to reverse engineer these systems to bring in a new database structure is almost impossible.

Moreover, legacy systems are already accredited. Modernizing these systems requires lengthier and expensive accreditation processes. Given this scenario, it is easy to see how some IT managers feel they have no option but to keep the status quo in place.

An incremental approach to modernizing legacy architectures is best. By creating a modern data layer on top of legacy systems, agencies can slowly and safely bring their data into faster, secure environments without having to embark on time-consuming and expensive upgrades or a wholesale “rip and replace” of existing systems. This data layer must be flexible enough to handle all types of data, fast enough to serve up results quickly, developer friendly, and easily scalable in order to drive analysis and insights not previously possible in the legacy system.

A flexible, full-text search and analytics engine allows agencies to gradually pull structured and unstructured data into a modern environment. Having the ability to ingest, visualize, and analyze a wide variety of data – text, blog posts, Tweets, news stories, email, as well as machine data generated by information systems and Internet of Things (IoT) devices – gives analysts, application developers, IT and cybersecurity teams, and researchers the flexibility to use all types of data to make better informed decisions.

A developer-friendly search engine with well-documented, intuitive APIs lets developers quickly get creative with data. Using the APIs of a scalable search engine like Elasticsearch, analysts can also expose data to other people within their organization. Developers can use these APIs to start building new parallel applications that will eventually replace the legacy applications. The General Services Administration’s 18F digital services agency has adopted this approach to help agencies build new applications.

Scalability is also key. More data will be pulled into the speed layer over time, and as more applications are built on top of it, decommissioning the legacy environment and moving toward a fully modernized infrastructure becomes easier. The legacy system still exists, doing its day-to-day job. The goal is not to replace an entire system in a single go; instead, the aim is to make data available in a very fast, secure layer and then have developers build applications and eventually shut down the legacy systems.

Cybersecurity is a great place to start the modernization process. By placing a secure speed layer on top of existing legacy systems, other datasets can be aggregated and kept secure as well. The challenge for many security teams is visibility: seeing everything across a networked environment from the endpoint to firewalls to applications. This is a big data and speed of scale challenge. A search engine that can ingest, visualize, and analyze large volumes of structured, unstructured, and machine data gives security teams better situational awareness and visibility across all networked systems and applications.

Many agencies are embracing open source projects as they embark on their IT modernization journey because they are resource friendly and allow teams to get started quickly and with minimal financial investment. This makes it easy to test things out, build POCs, share them with other stakeholders, and make an informed decision before starting a long-term journey.

Because they are driven by the innovation of the community around the project, open source tools can also help spark more creativity. Agencies should start with high-value datasets to see what it looks like in a modernized world. Bringing the data in and exposing it via APIs allows people to see what they can do against the APIs with the data.

Finally, open source tools make it easy to start simple and then layer in more sophisticated commercial features as the project moves forward. For example, one agency with a limited budget started out using the open source Elastic Stack to start searching and analyzing their data in a modern environment and then gradually added more sophisticated features like machine learning and advanced security as the solution matured.  Instead of having to commit to expensive tools you may or may not use in the future, open source tools likeElasticsearch make it possible to start small, test new ideas, and then make commitments to commercial features like machine learning and advanced security once you know what will be most useful to the project.

An incremental approach to IT modernization with smaller wins is the most viable path forward for cost and resource optimization. With open source search tools like Elasticsearch, agencies can quickly start aggregating, querying, and exposing their data without sacrificing existing compliance certifications or investing significant time or budget to ramp up. It is a much surer way to reach the vision of a modern federal IT architecture.

Elastic is a search company. As the creators of the Elastic Stack (Elasticsearch, Kibana, Beats, and Logstash), Elastic builds self-managed and SaaS offerings that make data usable in real time and at scale for search, logging, security, and analytics use cases. Founded in 2012, Elastic is a distributed company with Elasticians working in countries around the world. Learn more at elastic.co. 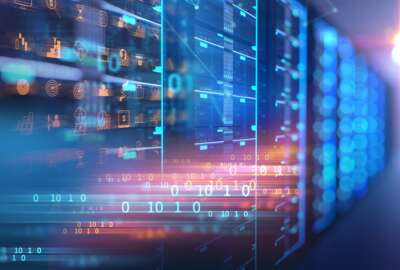