You may have heard the United States is in a worldwide competition for talent in artificial intelligence. So it makes sense to understand the career motivations of these people. That’s what Remco Zwetsloot, a research fellow, and Catherine Aiken, a research survey specialist, have done. They are both from Georgetown University’s Center for Security and Emerging Technology, and joined Federal Drive with Tom Temin to talk more.

Tom Temin: Mr. Zwetsloot, good to have you on.

Remco Zwetsloot: Great to be here.

Tom Temin: And research survey specialist Catherine Aiken. Ms. Aiken, good to have you on.

Catherine Aiken: Thanks, Tom. Good to be here.

Tom Temin: Let’s start with a survey you have done among people that are interested, I guess, in artificial intelligence. Tell us who it is you surveyed and what you asked them, Catherine?

Catherine Aiken: So we surveyed Ph.D. graduates, individuals who had come to the United States or studied in the United States to do a Ph.D. program, in what we call an artificial intelligence field. So we refer to them as AI Ph.D.s – US AI Ph.D.s. So they’re individuals who studied, did their doctoral program in the United States. They’re not necessarily all from the United States, they’re not all US citizens. So we’ll probably get into a little more. We have about 58% of them who are actually US citizens who studied here for their Ph.D. and 43% who are not US natives who came here to study and complete their Ph.D. here. For scope reasons, we focused on AI Ph.D. students from top-ranked AI universities. So they’re about –

Tom Temin: What are some of those?

Catherine Aiken: Carnegie Mellon, for example is one. Harvard, Princeton, UMass Amherst are few of them. So individuals who wrote a dissertation that had something to do with artificial intelligence.

Tom Temin: And tell us what you asked them?

Catherine Aiken: Sure, we asked them, what we focus on here is some of their career preferences. So what kind of factors motivated their decision about where to work after they finished their Ph.D.? What factors are really important to them in determining if a future job is attractive or appealing to them? And then one area we really wanted to focus on was any differences in their views about job opportunities in different employment sectors. For example, private sector jobs versus public sector or government jobs versus jobs in academia.

Tom Temin: And generally, what did they say?

Catherine Aiken: Generally, they prefer jobs in academia and the private sector, specifically with larger companies. We saw pretty much overall across most of our questions, they were least likely to consider jobs in government or with nonprofit organizations. And they found that those jobs particularly unappealing on a lot of the factors that were important to them.

Tom Temin: Wow, Remco, what are some of those factors that are unappealing and what should the federal sector do about it to try to attract some of these folks?

Remco Zwetsloot: So government seemed particularly unappealing to our respondents when it came to things like salary, colleagues, and technical and research challenges. So you know, were they going to be able to pick what they wanted to work on, which is a big thing that’s attractive about academia – having autonomy to you know, work on technical things that you care about and being surrounded by people who are similarly interested in AI and who can help you do your research and things like that.

Tom Temin: So lousy jobs, lousy people, and lousy pay basically is what they saw on federal sector, huh?

Remco Zwetsloot: But they they did have a positive impression of the social impact that they could have within government roles and the resources that government jobs could offer like data and computational resources. So it wasn’t all bad for government. And I think one other thing that is salient here is that only 19% of them reported having ever talked to someone about a job in government, for example, a recruiter. So for a lot of people, this might have been the first time that they were really thinking about, you know, what is the government job and what might be attractive or unattractive about it.

Tom Temin: Interesting. So then what do you think the implications are for the government which is definitely interested in hiring people with artificial intelligence chops, especially the military?

Remco Zwetsloot: Right. I think this has been a big theme in our research, that is trying to understand generally these career patterns and also where talent is needed, because you know, we are in the survey looking most at what you might call the supply side. So the people who have AI skills and who have AI backgrounds, where might they work. But I think another part of this is the demand side. So what do companies and universities and governments actually need in terms of skills and people? And so as you say, the Department of Defense has probably been most active within government when it comes to hiring. But I think a lot of the agencies don’t really know yet what it is that they want. Do they need an AI Ph.D.? Do they need someone who has some AI experience in the private sector, but not necessarily a Ph.D.? So this demand side, I think, is also part of it. You know, 30% of our respondents, somewhat are extremely likely to consider jobs in government. That’s plenty probably to fill a lot of government needs for Ph.D. So it’s not – I think it’s not a bad news story, per se. I think it’s a bit of a mixed story.

Tom Temin: Got it. We’re speaking with Remco Zwetsloot – he is research fellow – and with Catherine Aiken – she is research survey specialist, both with the Center for Security and Emerging Technology. And this idea of social impact that you mentioned. I mean, the way the government would say that, of itself is people would be attracted by the mission. So it seems like that’s a clue to maybe swing people over. That even in the military, if you consider national security to be an important mission or whatever, you know, crime solving, a better just society – there’s use of data analytics and artificial intelligence in almost every domain – that that would be maybe the best-selling point to try to lead with. Would you agree?

Catherine Aiken: So the social impact is really important. As Remco noted, it is somewhere where government jobs and nonprofit jobs seem to be really appealing to our AI Ph.D. respondents. And it’s interesting to note that, especially when we kind of looked at a subsample those respondents who were US citizens working in the United States, AI Ph.D.s, who are US citizens, they were particularly interested in jobs that have a high social impact where they feel they have the ability to make a positive social impact. That was especially appealing to US citizen Ph.D.s, who notably are actually more likely to consider a job in government. So that 31% really bumps up I think actually to 37% people who are interested in government jobs, when you look just at US citizen Ph.D.s so that, kind of highlighting the way in which government jobs can really allow you to have a positive social impact could be a really great kind of marketing tactic, if you will.

Tom Temin: Yeah. So that implies that the challenge then for a government agency would be to be able to bend – not the rules but invoke whatever hiring authorities are necessary to get someone that may not be a citizen, which doesn’t necessarily disqualify them from federal service, or maybe, you know, selected service or directed service or even term service. It seems like maybe that would be one way to go. Remco, what are your thoughts on, you know, a good strategy for people trying to hire AI folks?

Remco Zwetsloot: Yeah, I think it’s partly playing to the government strength. So the perception that you can have a big positive impact in government is great there. I think part of it is also trying to change people’s minds about the things where they might be viewing government in the wrong way. So I think for example, the perception that you don’t have great colleagues necessarily in government, in many places is actually wrong. You know, there’s a lot of really good technical talent and non-technical talent in government. And I think when you go to, for example, a recruiting event, bringing data scientists and technical people in government to those recruiting events to try to talk to AI Ph.D.s and AI engineers to say, look, government actually employs a lot of exciting people who you’d be able to work with. I think that is also an area where you know, people perceive government maybe as not as good as it in reality is so part of it is also allaying these fears or concerns that people might have.

Tom Temin: And I guess if you like the mission, but would like to work elsewhere with different people in different salary structures, then maybe federal contractors would have a shot here, too?

Remco Zwetsloot: Yes. And I think actually in some of the hiring data, not in the survey in particular, but in some of the hiring data that we’re looking at now, federal contractors are actually big destinations for AI talent. We work a little bit with LinkedIn data. And so there we can see more generally people with AI skills, where are they working in federal contractors or big employers there?

Tom Temin: And I guess my final question is that in looking at the survey results, it seems like a lot of the people that are not from the United States would one way or another like to stay here once they get their Ph.D. and work here.

Catherine Aiken: Yeah, it’s interesting. We have a second report that we’re actually finalizing. Now that really kind of digs into that. And we definitely found that more than 95% of Ph.D.s we surveyed want to work in the United States.

Tom Temin: Alright, that’s a meaningful I guess on a lot of fronts these days. Catherine Aiken is a survey specialist at the Center for Security and Emerging Technology. Thanks so much.

Tom Temin: And Remco Zwetsloot is a research fellow there. Thank you.

Tom Temin: We’ll post this interview along with a link to their study at FederalNewsNetwork.com/FederalDrive. Hear the Federal Drive on demand. Subscribe at Apple Podcasts or Podcastone. 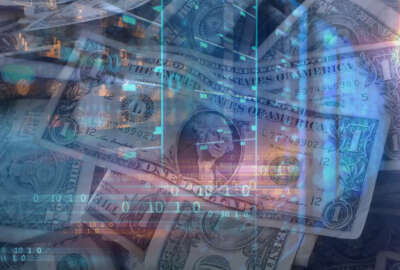 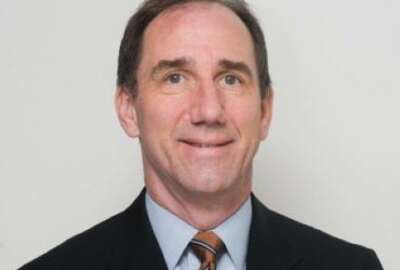 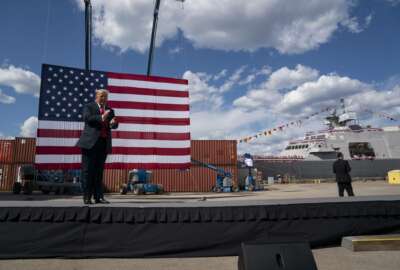 Trump wants federal hiring to focus on skills over degrees