The National Council on Disability, an independent federal agency, is calling on Congress to phase out a New Deal-era program that gives people with disabilities federal contracting jobs, but allows workers to be paid less than the federal minimum wage.

Members of the National Council on Disability, in a report sent to President Donald Trump, said the 82-year old AbilityOne program “is stymied by conflicting goals and an outdated legislative approach that runs counter to modern federal disability policy.”

“It’s far past time to tackle these policy relics with a phase-out and replacement,” Council Chairman Neil Romano said Wednesday in a call with reporters.

To preserve the jobs of 45,000 people who are blind or have other disabilities, the NRD recommends Congress update the Rehabilitation Act to require that federal contractors and subcontractors hire a certain percentage of workers who are blind or have another significant disability. The council recommends a two-year study to determine that percentage.

The council recommends this requirement apply to businesses with at least $200,000 in federal contracts and at least 50 employees.

The AbilityOne program, created in 1938, provides $3.6 billion in goods and services every year to federal agencies. A provision in the Fair Labor Standards Act, however, allows nonprofits that participate in the program to pay workers who are blind or have another serious disability less than the federal minimum wage.

“The entire 82-year old AbilityOne program is built on a series of negative assumptions about people with disabilities — assumptions that have since been rejected, again and again in national disability policy,” Gallegos said.

The AbilityOne Commission that oversees the program currently employs 500 nonprofit agencies to provide products and services that federal agencies are mandated to purchase. To be eligible to participate, these nonprofits must hire people who are blind or disabled to complete at least 75% of the direct labor hours of work performance.

Two central nonprofit agencies (CNAs) — National Industries for the Blind and SourceAmerica — distribute federal contracts to nonprofits and conduct monitoring visits. A third non-profit, the American Foundation for the Blind, is in the first of three phases to becoming a CNA.

Kevin Lynch, the president and CEO for the National Industries for the Blind, said in a statement that he’s disappointed that NCD is advocating for the elimination of the program, and that NIB and its partners have supported eliminating the section of the Fair Labor Standards Act that allows for paying less than minimum wage.

“NIB has long supported smart, targeted reforms of the AbilityOne Program that assist in advancing our mission to enhance the personal and economic independence of people who are blind by creating, sustaining, and improving employment,” Lynch said.

The Government Accountability Office, however, found that the commission that runs the AbilityOne program has limited authority over CNA budget priorities — including how much they pay their executives, and the level and growth of their reserve funds — as well as oversight of performance goals.

“The Commission does not have sufficient authority to set CNA performance and governance standards, so it depends on the CNAs to set and enforce such standards,” GAO auditors wrote in a 2013 report.

The commission found the percentage of AbilityOne program sales devoted to employees’ wages declined every year since fiscal 2011, and only 3% of program recipients received any kind of promotion between 2016 and 2018. The number of employees in the program also dropped from 50,500 employees in 2011 to 44,000 employees in 2018.

While the AbilityOne program receives annual funding from Congress, the central nonprofit agencies get their operating revenue through fees that in recent years have been about 4% of government sales from the program.

Nicholas said the fees that fund CNAs, because they aren’t direct congressional appropriations, are exempt from federal restrictions, and as a result, have gone toward large executive salaries and lobbying expenses to pursue more federal contracts.

“The revenue obtained by sales to the federal government is used to then lobby the government for increased set-asides, for sales. We find that rather interesting,” Nicholas said.

The committee recommends that Congress should phase out the AbilityOne program over the course of eight years, and that the commission that oversees the program should stop adding new products or services to its procurement list three years into the phase-out.

“The phaseout must be conducted in such a way to ensure that all employees working under the program are prepared to transition to the new requirement to avoid job loss, unemployment or underemployment, or lower wages,” NRD wrote in its report.

The council also recommends Congress repurpose annual appropriations that had funded the program to continue to help blind and disabled people find work.

By the fifth year of the phaseout, NRD recommends the Labor Department’s Office of Federal Contract Compliance Programs work with the central nonprofit agencies to provide training and technical assistance to all nonprofits in the program to help them compete for federal contracts.

Brian Hoey, a senior adviser to the AbilityOne Commission, told Federal News Network that the commission is reviewing the report. 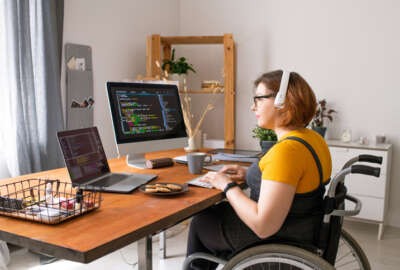 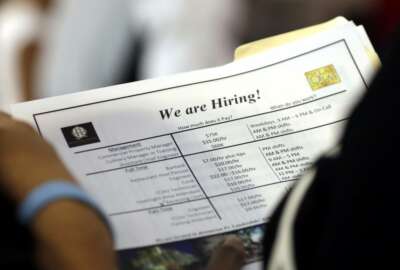 Federal contractors could get favorable treatment for hiring disabled workers 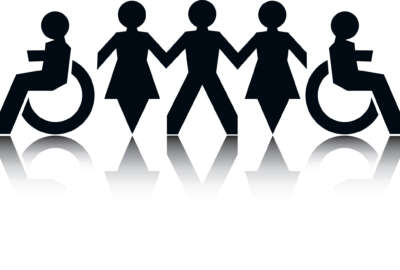