Like many agencies across government, the intelligence community is considering new models for work, especially amid ongoing challenges with recruiting and retaining cleared employees.

Unlike most offices across government, intelligence agencies are constrained by the classified nature of their work.

Intelligence officers, analysts and contractors complete the vast majority of their work in “sensitive compartmented information facilities,” or SCIFs, secure rooms or facilities where they’re allowed to work with classified information.

Such facilities are limited...

Like many agencies across government, the intelligence community is considering new models for work, especially amid ongoing challenges with recruiting and retaining cleared employees.

Unlike most offices across government, intelligence agencies are constrained by the classified nature of their work.

Intelligence officers, analysts and contractors complete the vast majority of their work in “sensitive compartmented information facilities,” or SCIFs, secure rooms or facilities where they’re allowed to work with classified information.

Such facilities are limited to federal properties or companies who have a contract requiring SCIF. And individuals are typically limited to specific working out of a specific SCIF, dependent on the nature of their work or contract.

Now, a not-entirely-new idea is once again percolating. The Intelligence and National Security Alliance is pushing for agencies to fund and certify shared SCIFs to give the cleared workforce more flexibility in where they can work.

“The economy as a whole over the last 10 years or so at least up until the pandemic started shifting to people having a lot more flexibility in where they do their work, because the focus was really on how people did their work and what they produced,” Larry Hanauer, vice president for policy at INSA, said on Inside the IC. “So why not apply the same logic to the trusted workforce?”

They don’t need to necessarily have kombucha and cold brew on tap. But Hanaeur said building classified co-working spaces could help intelligence agencies with ongoing recruitment and retention challenges, giving officers and analysts the opportunity to work closer to home, rather than facing long commutes in places like the Washington metro area.

“I think there’s wide agreement that we have a bit of a crisis in the cleared workforce,” Hanauer said. “It’s increasingly difficult to hire and clear people who have advanced technology skills, foreign language fluency, and other necessary abilities, particularly when Silicon Valley tech firms can hire them in an instant, at twice the salary without having to go through a clearance process. And it’s harder to hire and retain cleared personnel if they have to make a long commute into their organization’s SCIF. So the key issue is that they do their work in a secure space. Why does it matter where that space is located?”

But progress on that mandate has been slow, Hanauer said, meaning small businesses typically need to subcontract with prime contractors who already have a SCIF in order to access classified information.

“Right now, many small businesses don’t have the resources to build a SCIF and get it certified,” he said. “That’s a costly and time consuming process. And without access to a SCIF, they can’t get a contract that allows it to do classified work. They can’t even read or respond to a classified [request for proposal] so they can bid on a classified contract.

A 2020 “Report on Common Sensitive Compartmented Information Facility” from the Office of the Director of National Intelligence sheds some light on the hesitancy around creating classified co-working spaces. The report was obtained and published by the Federation of American Scientists.

The report notes that SCIF certification is tied to specific contracts because “work done under each contract is different, so security professionals need to review the safeguards required for each specific situation.”

“The security measures appropriate for the information supporting one agency’s contract may be insufficient for another, or there may be different classified information technology system requirements,” the report adds.

Funding is also an issue, according to ODNI.

“Government resources are necessary to assess the facility for certification and accreditation and should not be expended in the absence of certification and approval from a government agency that such space is required,” the report states. “Otherwise, we are in danger of giving an unfair competitive advantage to one company over others by essentially granting them classified workspace for no specific reason.”

The report gives credit to the shared SCIF idea, noting that the “appeal of multi-use classified space is apparent” and acknowledging “transportation challenges” the cleared workforce faces in areas like Washington, D.C.

But it also emphasizes “prohibitive costs” associated with meeting the security requirements of multiple agencies and contracts at one facility. ODNI also notes that the idea of neutral or common SCIFs conflicts with multiple statutes and regulations.

“While the need for policy changes alone should not prevent the exploration of ideas, the extended time and costs required to change such policies and guidelines must be taken into account,” the report states. “We do not conclude such an alternative approach is needed at this time as current policies and procedures already maximize industrial SCIF reciprocity and co-utilization, while providing requisite security protection to sensitive compartmented information.”

Meanwhile, the Senate’s version of the fiscal 2023 intelligence authorization bill includes a provision that would require the Government Accountability Office to produce a report on the “annual average utilization” of both government and contractor SCIFs, potentially shedding light on the issue.

Short of further congressional action, the shared SCIF idea will ultimately need buy-in from multiple intelligence agencies, in addition to the blessing of ODNI. But Hanauer said which agency ultimately sponsors, inspects and certifies the SCIF doesn’t matter if the intelligence community agrees to move forward with the idea.

“That’s kind of a bureaucratic question,” he said. “It’s really not important what agency signs the paperwork and does the inspection. Because everyone who uses that SCIF would be doing work that furthers the intelligence community’s mission, the Department of Defense’s mission, and overall the nation’s interests.” 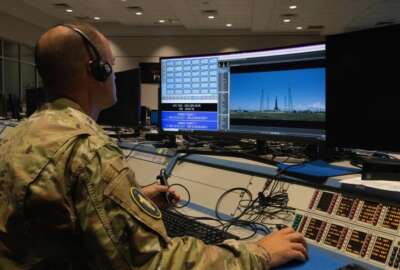 Intelligence community whistleblowers finally get a little help, from Congress 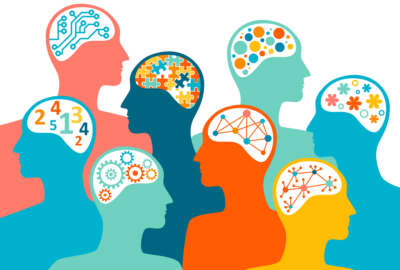