What federal executives have to say about spending on IT modernization

It’s easier to spend money on information technology modernization than it is to get lasting results. Accenture Federal Services interviewed some 350 federal executives for insight into how to modernize with impact. For details, the managing director for Accenture’s CIO advisory, Dave McClure, and the principal director, Malcolm Jackson, spoke to Federal Drive with Tom Temin.

It’s easier to spend money on information technology modernization than it is to get lasting results. Accenture Federal Services interviewed some 350 federal executives for insight into how to modernize with impact. For details, the managing director for Accenture’s CIO advisory, Dave McClure, and the principal director, Malcolm Jackson, spoke to Federal Drive with Tom Temin.

Dave McClure: Great place to start Tom. You know, a lot of people associate modernization with finding new solutions that are cost effective and are more secure. We think of it as more than that. Modernization really is about transformation. It’s more about the ability to execute on the delivery of a new, powerful and effective mission related capability or set of capabilities. And that to us is how we try to characterize modernization, more broad more comprehensive, large impact on the performance of the organization. Malcolm, you got anything to add.

Malcolm Jackson: Yeah, I mean, David, great, great description. I mean, as I think about it, you really have two pieces of this, you’ve got the business side of the mission side, and building a relationship between business and the IT side that really looks to optimize your investments and really build a culture where you’re changing your environment, you’re delivering new capabilities that are true partnership from the IT side and the business side.

Tom Temin: And if you would describe the methodology a little bit more than I did, how did you arrive at these conclusions? Because it sounds like some of the federal people you spoke to know this already?

Malcolm Jackson: Well, Tom, you touched on slightly when you talked about this study that we did, it’s the largest, to my knowledge, the largest study that Accenture has ever done. It’s broader than just the federal government. We covered over 8000 C-suite executives across 20 different countries, public and commercial companies. And within the federal government, as you mentioned, there’s around 350 executives, both on the civilian and defense side, who were interviewed. And this is very broad as you think about a study of this nature. And it was quite a few things that we found from this. And it was done in a way that it was anonymous in nature. So people could really open up and share their perspective in a way that we found two really good findings that you see our actual study results,

Dave McClure: Yeah, Tom, the people that were responding answer three large questions, which could have some drill downs. One, what information technologies are being adopted today? Identify and distinguish those. Two, how widely are those technologies being implemented in the organizations that adopt them? And third question was, how are organizational cultures adapting to the use of these new technologies? So those answers to those three questions were very important in putting people into buckets.

Tom Temin: It sounds like the basic conclusion, I think you both stated this, is that it’s possible to do some modernization, getting things more secure, getting more up to date digital services, but not getting that third kind of oomph, which I think the report describes as future orientation, the ability to keep scaling and keep adding. So does it seem like the federal government is doing the first two things and getting some but missing out on a lot of what they could be getting from their investment?

Dave McClure: Yeah, I think that’s a great question. The short answer is, of course, yes. We see a lot of agencies pursuing modernization in an ad hoc, more piecemeal, really a non sustainable manner. And often, their efforts are very narrowly focused. They’re not really focusing on innovation. So the danger point here is you can modernize but you can modernize in isolation. So only parts of the organization ever really benefit and not being able to scale this to an enterprise level. Some of these new capabilities is really key to do things well. Malcolm,

Malcolm Jackson: You have to think about this, you have to do some upfront planning and developing a roadmap. And as you think about these pilots or a minimum viable product that the federal agencies have been engaging in or going down the path, they really hadn’t taken the time to think more broadly around, how can we scale this? And more importantly, how do you get mission engagement early on, so that they really understand what you’re trying to accomplish and that they’re on board and helping you to deliver capabilities in a way that’s going to benefit the agency or department as a whole.

Tom Temin: And in the report, there is the discussion of the model future system, which you describe as radically human. Tell us more about that.

Dave McClure: Yeah, we’d like to use the word radically human. We think future systems if you step back are going to be disruptive, adaptable, and very human centric. Disruption is about sort of operating in this white space between human and machine, between infrastructure and application. And operating in that white space we think facilitates really new fresh ideas creates new partnerships, and new ways of doing things that excites the workforce within the agencies. Adaptability is the second really important thing about future systems. There’s a belief that future systems will learn, improve and scale without much human intervention. We’re already seeing this in the fast paced AI space, requires digital decoupling of data from legacy infrastructure, and decoupling of applications from some very time bound hardware that still exists the government. So that’s what we mean by future systems being adaptable. And lastly, future systems must be human centered. We call it radically human, because the systems themselves will have to communicate, listen, and observe as a result of natural language processing, voice recognition and machine learning. So you’re having people and machines come together, and you’re having machines adapt to how people work, not vice versa. And that’s a very important lesson learned as we go forward.

Tom Temin: And Malcolm, are there any good examples of federal agencies that might be getting close to that model?

Malcolm Jackson: Yeah, there are. There’s work being done a couple of federal agencies. I mean, I think they’re in the early stages of this work. But there is work being done. As an example over in Department of Education, federal student aid, there’s work that we’ve been doing with them, where we’ve been helping them, we’re building solutions for students to be able to go in and request loans and also track and see how long until we’ve actually worked closely with them on human centric design approaches to make this more easily adaptable for students where they’re able to engage with technology in a way that benefits them and also benefits the Department of Education as a whole.

Tom Temin: And finally, there’s the common practices ofmodernization leaders that are spelled out in the report. Briefly give us the highlights of those, Malcolm.

Malcolm Jackson: Around some of the common practices around adopting new promising technology sooner, what you tend to find his leaders may be a little reluctant to leaning in on some of the newer technologies. We feel it’s better to get in early to learn something about the technologies, examples of like hybrid or smart cloud or AI streaming. AI as an example, AI is something that’s really new, still evolving. But you’ve got to get in, put your toe in there and learn more about that technology. Because if you wait till later, it’s going to take you that much longer to come up to speed on it. Things like data lakes and Internet of Things — these are all new capabilities or technologies that could bring new capabilities to agencies as a whole. One other point is that’s important to be made here is you also have to think about when do you make that next investment? So as you make that initial investment, it can’t be one and done. One of the things that we touched on earlier is some agencies have made investments and they stopped. You can’t stop. Innovation is something that’s going to be ongoing. And it’s not going to be something that you just do want and stop. We feel that it’s important that you make these investments, and you learn from them, and you expand them and look to how do you bring more capabilities to an agency as a whole,

Dave McClure: I do think that common best practice and monetization is having a solid foundation for success. And that means having, as Malcolm mentioned earlier, following agile proof of concept, modes of operation, doing minimally viable solutions that build new processes quickly, and allow them to be tested for acceptance and usage in the mission lines. The ability to scale technologies across the entire agency is also something that requires pre investments in things like hybrid cloud, requires cleanup of data and governance and putting AI solutions in place faster with very open oriented data lakes. So those are really key Tom, I think in terms of some of the practices that are critical or being successful in the monetization era.

Tom Temin: Dave McClure is managing director for Accenture’s CIO advisory services. And Malcolm Jackson is the principal director. Thank you both very much. 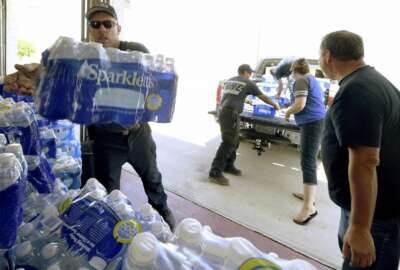 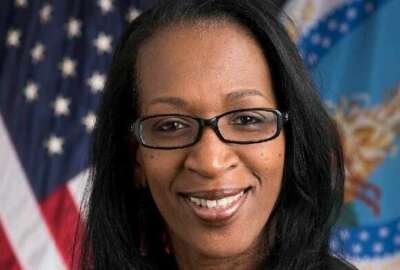 USDA tested enhanced telework before coronavirus made it unavoidable