Amazon Web Services VP discusses how to be an ‘authentic leader’

Amazon Web  Services Vice President Sandra “Sandy” Carter joined host Aileen Black on Leaders and Legends to discuss being an authentic leader in these challenging times. She was a general manager at IBM from 2013 to 2016, and in April 2017 she became a vice president at Amazon Web Services.

Carter’s authenticity is a big part of her leadership style saying, “I don’t try to hide the fact that I am a technologist, I like...

Amazon Web  Services Vice President Sandra “Sandy” Carter joined host Aileen Black on Leaders and Legends to discuss being an authentic leader in these challenging times. She was a general manager at IBM from 2013 to 2016, and in April 2017 she became a vice president at Amazon Web Services.

Carter’s authenticity is a big part of her leadership style saying, “I don’t try to hide the fact that I am a technologist, I like to say that I’m a geek girl, and I really love it. I don’t hide the fact that I am a woman. I still wear pink. In fact, if you could see me right now I am wearing pink. I truly try to be who I am at all times, and not try to be someone who I’m not.”

She shared an “AHA!” moment that she experienced shortly after joining AWS, when she made what she called a pretty big mistake.

“One of my bosses asked me to come and present in our leadership meeting how I made this mistake.  This meeting was not a small leadership meeting. Hundreds of people were in the room and there’s people listening from all over the world,” she said. “My leadership wanted me to come and share my mistake and how I’d gotten through it. I had seen this happen before with some other folks but no one at my level, and no one who really had shared something like this before.”

It was a real leadership challenge for her, as she feared being branded a failure or making a mistake only six months into her tenure, but Carter listened to her boss, and shared her experience as well as how she changed the situation.

“Then other teams raised their hand and to say, ‘Hey, I had that situation, too. I’m going to use your best practice.’ And the bottom line was, it ended up that all these other teams wanted to know how I could do it, and how I could share that with them,” she said. “It really taught me a lot about failure. You know, people always say that you learn the most from your failures. But typically, you don’t want that to be so visible. And for me, this was a big challenge, something I got through and was very encouraged, because my boss had challenged me to do it in such a way that led to great outcome. “

When asked why she is able to stay so positive and passionate about her job, Carter said it’s easy because she has an amazing team and “the best job in the world.”

Having a good network around energizes her. She pointed out a necklace she always wears, which has a stone in the center of several smaller stones.

“My grandmother gave me this necklace to say that you’re in the center — you can’t sparkle, you can’t shine, you can’t glitter without that support network around you. You need that family, that team, those friends, you need all of that in order to be successful. That’s the way I’ve maintained my energy and my positive thinking,” she said.

Carter described hiring great people as the most important thing an effective leader can do. In fact, she said she tries to over-hire for the role, bringing on people who are smarter than her. Investing in them, developing them out, growing them and giving them great big opportunities is the way to grow a business as well, she theorized — “be curious, create a sense of purpose on the team. And don’t be the smartest person in the room.”

Carter shared that her team is relationship-driven when working with their partners and customers.

“Our job is to go out and meet with them and talk to them and listen to them and help them solve their problems. That was really hard during COVID, because all you had was virtual. So I tried to lead by example, and one of the things that I kicked off was 100 by 100 tour,” she said. “When I worked pre-Covid, I traveled to 87 different countries but this wasn’t physically possible now. The goal of my 100 by 100 tour was I wanted to meet with 100 partners in 100 days.”

She said it became a model for her teams and other teams and organizations, as a ways to connect. Sometimes that meant staying up until two o’clock or four o’clock in the morning because she wanted to make it convenient for the partner.

Carter is also the chairman of Girls in Tech, and very passionate about helping startups and other organizations find their way.

“No matter where you make it to whatever level you are, to be successful, you’ve got to reach back and pull others with you. I believe that’s what it’s all about is being active in your community. If you can’t pull others forward with you, if you can’t bring them along with you, you are not truly successful,” she said. “When you get to the top you’re going to be super lonely and I feel it’s our responsibility to pull others up and to support that next generation of leaders.”

She partners closely with Girls in Tech as well as other organizations to pull others up, which she said makes all the difference in the world.

Carter holds a Bachelor of Science in computer science from Duke and an MBA from Harvard.  She is fluent in eight programming languages and is the author of five books, including “The New Language of Business: SOA & Web 2.0,” which won the Platinum MarCom Award in 2008; and “The New Language of Marketing 2.0: Social Media,” which won the Silver Marketing Sherpa award in 2009.

She is also chairman of the board for the non-governmental organization WITI and an adjunct professor at Carnegie Mellon University. Carter is also a founder and CEO at Silicon-Blitz and has helped many start-ups and companies with technology, cognitive diversity and innovation. 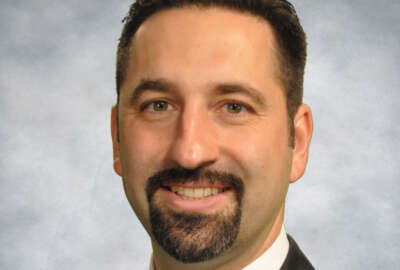 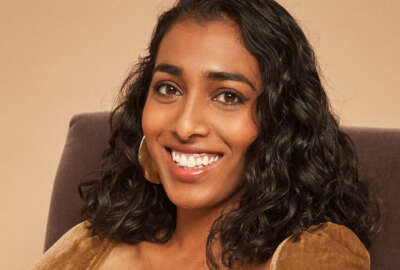 CrowdAI CEO discusses leadership in the tough world of startups 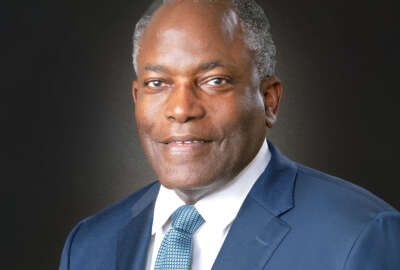 Retired general explains how to be a dynamic leader