Retired Lt. Gen. Charles Luckey, former chief of Army Reserve and commanding general of the U.S. Army Reserve Command, joined Aileen Black on Leaders and Legends to discuss leadership and the importance of empowering your team to do its best.

During his career, Luckey led a community-based force of more than 200,000 soldiers and civilians with a “footprint” that includes 50 states, five territories, and more than 30 countries.

He was commissioned in the Army...

Retired Lt. Gen. Charles Luckey, former chief of Army Reserve and commanding general of the U.S. Army Reserve Command, joined Aileen Black on Leaders and Legends to discuss leadership and the importance of empowering your team to do its best.

During his career, Luckey led a community-based force of more than 200,000 soldiers and civilians with a “footprint” that includes 50 states, five territories, and more than 30 countries.

He was commissioned in the Army after graduating as a Distinguished Military Graduate from the University of Virginia in 1977.  He was recalled to active duty in 2008 and selected to serve as the chief of the Office of Security Cooperation in Baghdad, Iraq.  As a civilian, Luckey is a litigation partner in the firm of Blanco Tackabery & Matamoros P.A., located in Winston-Salem, North Carolina.

Luckey described his leadership style as one that “continues to develop, grow and change over time to meet the current needs.

“I like to think of my style as mission command, and I strive to empower others to be better and do their best,” he said, adding that his leadership philosophy is “leading with love.”

Luckey said he learned how to be a more collaborative leader after leaving his battlefield command as chief of Office of Security Cooperation in Bagdad to become the assistant to the Chairman of the Joint Chiefs of Staff at the Pentagon. He said that transition from combat to being a “senior leader” at the Pentagon taught him that to be an effective leader, you have to “be a curious and a continuous learner and must be able to adapt to meet the current challenges.”

Luckey went on to say that a general officer’s authority is much different on the battlefield than it is at the Pentagon.

“You must understand ‘the building’ to be effective and throttle it back. My staff taught me that this is a different form of combat and you don’t want to create enemies with people reading your sense of urgency as not caring about others’ goals,” he said.

The retired lieutenant general said people in power could learn a lot about leadership from Julia Galef’s book, “The Scout’s Mindset,” which read recently, and explained that the scout mindset is about pulling out a field telescope and looking at the times we succeeded and and what we can learn from those successes. Luckey believes that by focusing on the good instead of the bad, “we can learn to be more enlightened, less confrontational, make better decisions and enjoy the process of learning.”

He said that’s especially important while leading during these challenging times of the pandemic, insurrection and social justice. According to Luckey, “Leaders need to find common ground, be steady and calm,” and he quoted author Carl Miller who analyzes power in the digital age. Miller believes epistemological warfare is a good description of what’s happening underneath the surface froth of disinformation, and Luckey agreed.

“This is the age of epistemic warfare. People are fighting about what they believe, not about the values of who they are.  People need to talk to each other, be civilized.  Human interaction builds trust and then common ground can be found”.

He said compulsory service in the military could help in that effort. As  commanding general of the Army Reserve, Luckey had an all volunteer force, but he believes compulsory service could “break down barriers to create common ground and bring the nation together.” Luckey believes there are many ways in which to serve, not just in the military, but bringing young citizens from diverse backgrounds together to serve a common goal under shared conditions for a few short years would weave a stronger national fabric over time.

Luckey also described the proudest achievement of his 43  year career, when he helped the reserve become more agile so it can react quickly to a wide variety of challenges.  He was especially proud of the reserve’s ability to act when the pandemic hit.

“The Army reserve is a major portion of the medical capacity of the military. In 2.5 weeks we were able to reorganize and re-task the medical capability within the reserve into Urban Augmentation task forces and provide forces to support local hospitals as they dealt with the onslaught of the pandemic,” he said,

Luckey also offered some advice for the next generation of leaders:

“I will summarize it in one word with three parts. Fitness: Intellectual, spiritual, physical. Intellectual fitness is remaining curious and learning from each other, being civil. Spiritual Fitness as a leader doesn’t mean telling people what to believe but finding your own spirituality to ground yourself, realizing that there are forces bigger than yourself.  Physical fitness is just that: No matter who you are, stay in shape, get good sleep and take care of yourself. You may not live longer, but you will live better and excel.” 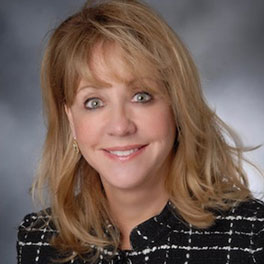 Technology CEO explains what it takes to be a stronger leader 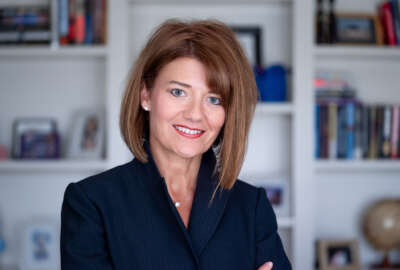 Technology CEO discusses collaboration and the importance of networking 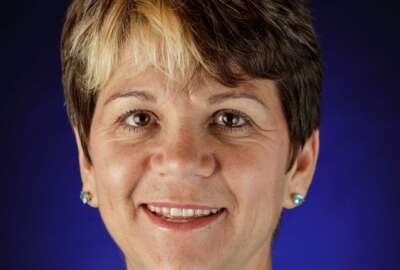