Federal employees across government will roll out the welcome mat for their new political bosses — whoever they may be.

Long before Inauguration Day, or even Election Day, agencies are preparing for the upcoming presidential transition, the 73 days during which the president-elect and his or her transition team have to prepare their first wave of political appointees to assume leadership of the federal bureaucracy.

Federal employees across government will roll out the welcome mat for their new political bosses — whoever they may be.

Long before Inauguration Day, or even Election Day, agencies are preparing for the upcoming presidential transition, the 73 days during which the president-elect and his or her transition team have to prepare their first wave of political appointees to assume leadership of the federal bureaucracy.

When President Barack Obama vacates the White House on Jan. 20, 2017, more than 4,000 of his political appointees also will leave government. Since Aug. 1, Hillary Clinton and Donald Trump’s transition teams have been working under the same roof at the General Services Administration, each drawing up their strategy to begin filling those 4,000 vacancies and begin governing.

“There’s nothing more critical for the President’s decision-making process than the personnel that he or she chooses to help him or her lead the country. Personnel is policy,” said Anita McBride, a former assistant to President George W. Bush and executive-in-residence for congressional and presidential studies at American University.

Former government officials and veterans of the presidential transition process told Federal News Radio there’s been a drive within the transition teams to build on the achievements of the previous effort between the George W. Bush and Obama administrations in 2008-09.

“There’s a lot of hope that a larger number of political appointees will be confirmed by the Senate than in the past,” said Robert Shea, a principal at Grant Thornton and former associate director at the Office of Management and Budget. “There’s a real push to get people on the ground. But the appointments process takes a long time, so it can be months, and perhaps years, before a full political team is in place.”

Of the 4,000 political appointees, more than 1,200 need Senate confirmation. David Eagles, the director of the Partnership for Public Service’s Center for Presidential Transition, said the incoming president’s transition team will have the most critical agencies’ leaders in place well before the rest of their hires.

“If we do this transition right, you’ll see, what we hope to be the entire top 100 positions in place on the first day and prepared, and the entire leadership team to top 400 to 500 people in by the August recess next year,” Eagles said. “This has never happened before by multiple factors, and so one of our big pushes is for these agencies that are preparing to work with these transition teams to get ready for this surge, because I do think we’ll see a higher volume coming through.”

Until the new president’s full political leadership team does fall into place, it often falls upon leadership within the career civil service, working behind the scenes, to maintain the continuity of government services.

Paul Light, a professor of public policy at New York University and the former director of governmental studies at the Brookings Institute, told Federal News Radio that political appointees in the past haven’t fully engaged the career federal workforce. That, he said, is a missed connection between those who understand the new president’s policy vision, and those best suited to execute it.

“I think the real problem is for the career federal employees to show that they can support the president’s agenda, no matter what it is, and move quickly in doing so,” Light said.

A presidential transition in three acts

Ron Sanders, the vice president of Booz Allen Hamilton and former chief human capital officer for the Office of the Director of National Intelligence, compared the presidential transition to a three-act play.

“We’ve learned a lot over the years on how to make the transition go smoothly, and I really think it’s been since 9/11 that everybody — political appointees, both political parties, and most importantly the career bureaucracy — have begun to take this that much more seriously, because there are national security implications,” Sanders said.

“Typically the conversations around here are the functions of the organization, here are the key activities in the calendar that are coming up — they may be budgetary, they may be acquisition, or human resources related — and then here are some of the key issues that you’ll be facing, with options of how to proceed. And that creates a good substantive discussion with new political appointees as to how do they match up priorities that they’re coming in with,” said Dan Chenok, executive director of the IBM Center for the Business of Government and a former branch chief for information policy and technology at the Office of Management and Budget.

From a historical perspective, advanced agency preparation has only been in play for more recent presidential transitions, and played a key role in Bush-Obama transition.

“Every agency has historically prepared differently for transition, and one of the great things that we’re seeing out of the current administration is they’re committed to standardizing and improving this approach, and really trying to connect the dots with what these incoming teams want,” Eagles said.

In the months leading up to the presidential election, politicals already have begun eyeing the door.

“It’s human nature — appointees begin to look, they know this administration is coming to a close and begin to look for other opportunities,” Sanders said. “We’ve seen an exodus, I wouldn’t say it’s a mad rush yet, but it will be. Career executives are witnessing this — they’re witnessing and helping that political appointee begin his or her transition out.”

Throughout transition acts two and three — the post-election and post-inauguration phases, respectively — most senior political appointees, he added, will probably remain in place until January. But below the Cabinet and immediate sub-Cabinet level, those officials are probably going, if they haven’t left already.

Once political appointees from the Obama administration have left government, members of the career civil service occupy many political leadership jobs on an acting basis until a new appointee is and confirmed by the Senate.

“Each agency has a transition leader at a career level and political level, so that there’s a good hand-off from the current political leadership, and there’s also a bridge that’s led by a career executive,” Chenok said. “And they come together in a governance framework, working with OMB and GSA to make sure that all ships are sailing in a similar direction.”

As political appointees wait in confirmation limbo, they can also count on the career workforce to brief them on the ins and outs of the business of government.

“Career folks can be a resource for those people as they’re considered for nomination, as they’re nominated, and as they’re confirmed. And of course, in the interim, they’ve got to step up and lead,” Shea said. While we’re waiting for the political team to get in place, career officials will be depended on to manage and lead their organizations.”

Political hires come from a variety of backgrounds, and for those who are new to government, the career workforce can play a critical role in bringing them up to speed.

“It’s often the case in a transition that you’ve got folks that haven’t really been in government in a number of key positions, and it takes a while for them to understand, as with coming into any organization, what are the rules of engagement,” Chenok said. 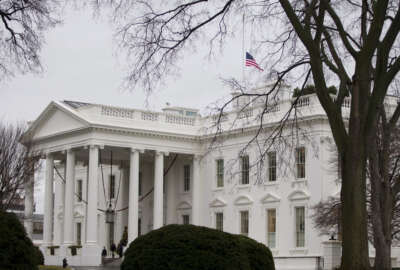