Hurricane relief in Puerto Rico and the U.S. Virgin Islands has been underway since Hurricanes Irma and Maria hit the region in September.

Now five months later, Brig. Gen. Diana Holland, commander of the U.S. Army Corps of Engineers’ South Atlantic Division, told Federal Drive with Tom Temin the regions are looking “a lot better.”  She said the progress was thanks to the joint efforts of  the Energy, Interior and Agriculture departments as well as the Corps and Federal Emergency Management Agency.

“We send our team in to assess critical facilities such as schools, police stations, fire stations, National Guard reserve [and] armed forces recruiting stations,” she said. “[In Puerto Rico], we assessed several hundred schools and a couple hundred police stations.”

The Health and Human Services Department looked into problems with mold, asbestos and issues of that nature. Along with the Corps’ structural assessment, state agencies make decisions on how to proceed — whether to hire a contractor for repairs or to move out completely and establish a new building.

The third task the Corps’ took part in is temporary roofing. The Corps’ program is known as the Blue Roof Program, but it’s not the same as the blue tarps found in hardware stores.

“It is different from tarps,” Holland said. “The tarps that you’d buy at Home Depot, FEMA issues those directly, and they issue those out homeowners that just put them over their roof. They’re very, very temporary. The sheeting we install — yes, it is blue — but it’s 10 millimeter sheeting, reinforced. It can hold up against follow-on storms. It’s not permanent … but it’s better than just the individual tarps.”

In Puerto Rico, 45,000 roofs were installed and Holland said they expect to install 68,000 roofs total.

“Just by comparison, in Florida [after Hurricane Irma], we installed 15,000 blue roofs total,” she said.

The last task the Corps’ is focusing on is electrical restoration, of which there are two parts. The first part involves installing temporary power via individual generators.

“In Puerto Rico, we’ve already installed over 1,300 generators. And these are big generators. These aren’t little, sit-in-the-corner generators. … [They] require a trailer with a truck to get them to the site. And they run on gasoline. Now, by comparison, in Florida, we installed 45,” Holland said.

The second part of electrical restoration is long-term: Fixing the electrical grid, which Holland said is the most important mission.

“With power, other things are manageable,” she added.

There are “a couple hundred” Corps employees overseeing 2,900 contractors in the effort to restore the electrical grid. The Corps team is working alongside the Puerto Rico Electrical Power Authority (PREPA), and their workforce and contractors, as well as the Energy Department.

“[We estimate] 80 percent of the grid … was affected by that hurricane. We think it’s going to take about 45,000 poles, for example, that have to be replaced. So it’s installing poles of different kinds. It might be transmissions structures, it might be wooden poles, concrete poles, all different kinds of poles depending on what’s required for that particular line. It’s replacing line, repairing line, hooking it up to a meter,” Holland said of the restoration process.

And it’s not just about repairing the poles. Holland said they’re also helping with power restoration.

“[Puerto Rico’s power] plants are very dated. The average age of a plant in Puerto Rico is about 44 years old. The average age of a plant in the continental United States is about 25-years-old,” she said. “Compound that with the lack of maintenance that they’ve been able to do over the past couple of decades, [all these elements together have] really compromised their ability to generate power. So we’ve been able to contract very, very large generators to sit beside a couple power plants in Puerto Rico to at least stabilize power generation.”

While these joint efforts of the government have made significant changes, there’s still more work to be done.

“Certain parts of the island are probably back to normal. They might not have been in direct path of the hurricane, so they didn’t have quite as far to go,” she said. “But if you look in the regions in the southeast — the hurricane hit Puerto Rico from the southeast and moved right across it at a diagonal — [those] regions and the municipalities in the path of that hurricane have a long way to go. Those particular sections are also complicated by the fact that it’s the most challenging terrain. They might be on a mountain top, they’re in remote areas. Those areas are very austere.”

The Corps’ goal is to restore power by the end of February or mid-March, but Holland said some of the residents in the southeast region may not get power until the summer.

And even then, Corps’ work will not be over. There’s the entire deinstallation process to plan and execute as well.

“The next hurricane season will be here in 1 June. We do have to be thinking, ‘We’ve got to reset. We’ve got to get our teams ready for the next potential disaster.’ The same is true for all the supplies and all those generators,” Holland said.

It’s not up to the Corps to decide where the supplies go, though. It’s up to FEMA whether or not those resources stay or return to the U.S.

“Do we just leave [the generators] on the island? It might be good for the next hurricane. They might have to use them again, get them fixed and restored. Or do we bring them back to the continental United States? Because there are other disasters in the United States that might need generators. So we don’t want to leave them all in Puerto Rico, but there might be a certain amount that FEMA will decide to just leave there.”

Holland spent 90 days in Puerto Rico. She traveled to the Virgin Islands after Irma, and immediately went to Puerto Rico after Maria.

“[Puerto Rico] looked just like the Virgin Islands had immediately after Irma,” she said. “My personal reaction was, ‘Wow, the level of work that’s going to be required,’ [and] really a lot of empathy for the people of those islands, and also a lot of admiration. Every day, they’re making their own lives better. They’re taking things into their own hands.”

On top of planning and executing relief efforts in Puerto Rico and the U.S. Virgin Islands, the Corps has also continued work on several other projects, such as repairing and improving the Herbert Hoover dike; restoring the ecosystem of the Everglades; building cyber infrastructure at Fort Gordon, Georgia, and deepening Harbors in Mobile, Alabama; Jacksonville, Florida; Charleston, South Carolina and Savannah, Georgia.

With such ongoing projects in the 43 Corps districts, the challenge becomes filling in the spots in programs or projects Corps employees leave behind when they are deployed to partake in disaster relief.

“The people who go and do disaster response aren’t some sort of ready-force, waiting to be deployed. They’re Corps employees in a district somewhere, managing a project or another program,” Holland said. “So we’re trying to right size and make sure that we support those efforts as well.” 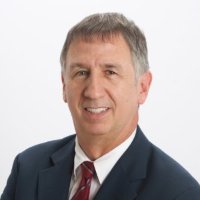 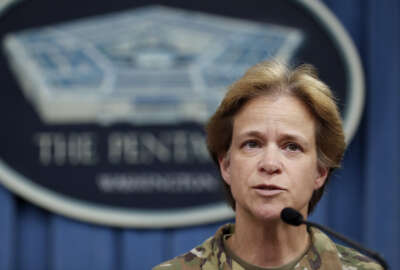