People tend to take the built environment for granted, until a flood or tornado wrecks homes, businesses or schools. How communities respond is a measure of their resilience. To help local areas boost their resilience, the National Institute of Standards and Technology recently completed a new guide, what it calls a “playbook.” For how they developed it,...

People tend to take the built environment for granted, until a flood or tornado wrecks homes, businesses or schools. How communities respond is a measure of their resilience. To help local areas boost their resilience, the National Institute of Standards and Technology recently completed a new guide, what it calls a “playbook.” For how they developed it, NIST research environmental engineer Chris Clavin spoke to Federal Drive with Tom Temin.

Tom Temin: Mr. Clavin, good to have you on.

Chris Clavin: Thanks Tom. I appreciate the chance to share some of our work today.

Tom Temin: First of all, how does NIST go about knowing what is resilience and what might be useful to local communities around the country? What’s your process for gathering this playbook together?

Chris Clavin: Sure. If you don’t mind, I’m gonna start off real quick with kind of our take on community resilience, and we can get into the process about how the guide reflects those ideas. So starting off at NIST, we define community resilience as the ability, and this is for communities of any size to prepare for anticipated hazards, adapt to changing conditions, and withstand and recover rapidly from disruptions. This could be reflective of any type of hazard, a flood, an earthquake, a hurricane and all the different hazards that come along with a hurricane. It reflects that before an event, during an event and after an event, a community should be thinking about what steps it wants to take, what are the services that are most important to their community? And then what does recovery look like for them as well? So that way when they do set priorities, god forbid, when that horrible event does happen, they have priorities in place, they have plans in place to think about what does recovery look like for their own unique needs.

Tom Temin: Alright. So presumably, they know something about their local communities. What does NIST do to kind of gather the best practices that might be promulgated nationwide?

Chris Clavin: At NIST, one of the things we do in particular with regards to our group and the community resilience planning playbook is that we aim put forward a process that lays out the different steps that community may want to take to begin to connect the social elements of the community, economic elements of their community, and how the built environment hopefully should be responsive to those needs. So that way, during an event, and after an event, the built environment at least can be repaired rapidly or put back together in the timeframe. So let me talk about the playbook in particular. So when we developed this playbook, we published it late last year, we had the opportunity to build on the work that NIST had done in 2015 when the community resilience planning guide for buildings and infrastructure systems was published. And since then, we’ve had a chance to work with communities, learn from how they take the method that was published in 2015, and how they implemented. So essentially, we’ve had a chance to ground test a lot of the methods that were previously published. In the playbook, we had a chance to boil it down to what we hope are the most practical and actionable steps that a community can undertake, reflecting that communities of different sizes, they have different priorities. I would say almost all communities in different cases have limited resources as well too. And they’re going to take the elements of the technical methodology, and they’re going to take the steps in the order that are most important to them and reflect their needs. Something we try to make sure was more accessible, but present the format, and present in a way that’s most useful to communities.

Tom Temin: Because a lot of building codes and building methodologies and terrains and so forth are different. Are there things that could be adopted from one community to the next? Because it’s hard to know how much building codes for example vary from place to place.

Chris Clavin: Yeah, that’s a good point. And building codes do vary from place to place. And we can talk about that briefly in that the role of local governments, and in particular an organization like ours, and how we interface on that. So first off, just recognizing that communities, local governments, and in many cases around the country, state governments, they’re in the driver’s seat for adopting and implementing codes and standards, they have the regulatory authority to pick what is most appropriate for them. Given a number of circumstances, the technical elements of the causes are just one of those. At NIST, we’ve worked together with our federal counterpart agencies to make sure we’re doing research on the best technical validated tools and methods to ensure that when we participate in the voluntary consensus based approach for updating codes and standards, we bring the best science that our agency has to bear. And we work with our colleagues in industry in the private sector to make sure that the scientific findings are represented in the codes and standards making process.

Tom Temin: And what about the role of local community organizations, you’ve got fire departments, you’ve got mutual aid groups and societies. Again, it varies hugely from New York City to a small town somewhere in rural America. And is there anything in common across those communities that could be part of a playbook?

Chris Clavin: Sure. So one of the things we think about, I think this is maybe getting to part part of your part of your question is like, what’s unique about the community scale for resilience and the different institutions that come together. When we think about communities, we think about these are the places in the organizations where people live, where they work, where they play, and they build their futures. And the steps that we put forward in the playbook, recognize that a community’s values to drive inform their resilience planning process, to your point that recognizes this more than just the local government, it’s different stakeholders in the community civic organizations, its private sector organizations, depending on a specific community. It may mean infrastructure owners and operators as well, too. But most importantly, perhaps it’s recognizing the residents, the different populations of community, particularly vulnerable populations as well, and the unique role that they have and what they rely on in the community to make sure that when a community is thinking about what resilience means for them, they’re pulling together all the resources and perspectives to make sure that when they think about implementing the solutions, that the values of their community are reflected in those priorities.

Tom Temin: And how do you go about promoting this? And how do you know that it gets into the right hands of the right people throughout the country? And who primarily is it aimed at the playbook?

Chris Clavin: So the playbook is aimed at working with local communities around the country. It’s aimed at state and local governments in the community organizations that work with their local governments. In developing the playbook, we recognize that even though communities are in the driver’s seat for setting priorities, the resources for implementing a lot of the actions that a community may, they will identify in a resilience planning process, they have to work with counterparts both near their region, but also as well with their federal colleagues as well, too. And that’s something that we tried to recognize, when we developed the playbook. We had a chance to work closely with our federal colleagues to make sure that their input was informed in this. And that’s reflected earlier in the early parts of the playbook. Programs like the Federal Emergency Management Agency, FEMA, has a new building resilient infrastructure and communities, the new brick program, our colleagues at the Department of Housing and Urban Development, are colleagues at the Economic Development Administration. They all have programs that help communities take the plans that the methodology and the playbook aims to help the community develop and turn those into reality. We try to make sure when we develop a playbook, those programs were identified and put alongside the method that we propose.

Tom Temin: And do you have a mechanism for getting feedback from localities that are not federal that they can say to you, yeah this makes sense, or this should be in there. And you left that out, or maybe more emphasis on this or that.

Chris Clavin: So that that’s a that’s a really important point. And it goes back to we’ve been relying on and not just community but Community Association, regional organizations to provide us feedback. And that’s actually one of the reasons we published this playbook is we received feedback after publication of the 2015 Planning Guide. We had the chance to work with communities directly received feedback from organizations like the National League of Cities about the format of the playbook and when the 2015 version of the playbook. It was developed through an extensive input from local officials and national experts. But as we continue to work with communities, we rely on community associations to continue to give us input where we could refine the implementation of it, and also as well to supporting materials that go along with the actual playbook. The playbook itself is a standalone document but there’s a series of supplemental materials that we continue to maintain and devlop as we learn from what communities need.

Tom Temin: So in goodness fashion, this is probably not the final version either, is it? But probably…

I hope not because this I mean I should I should recognize that we’re one of many different organizations that aim to help communities with this. NIST certainly is not alone. We work closely with our counterparts in federal government. But the goal to help communities enhance their resilience not just to the built environment, but all aspects of their communities. Nongovernmental organizations have been leaders in this, other agencies in the federal government, local communities have been leaders in this around the country. And one of the things I think we have the opportunity to take advantage of in our scientific work is to learn from the experience of communities and make sure when something’s working well, when the methodology doesn’t work exactly as perhaps we expected it would. When have a chance to learn from those experiences to build that into our research and build that into the research questions that we then can make sure that the outcomes of that, research either can result into improvements in guidance, but also we can translate those findings to, for example, improvements in clothing standards.

Tom Temin: Chris Clavin is a research environmental engineer at NIST. Thanks so much for joining me.

Chris Clavin: Thank you Tom. Appreciate the opportunity to share our work. 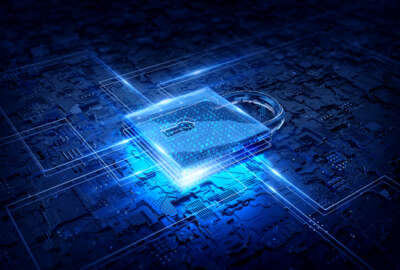 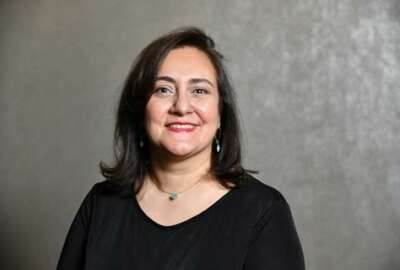