The worst (best) is yet to come

Worried? About your job? Your agency mission? The nation? Nervous in the civil service? Before you give up, talk to some of the back-in-the-day people in your office who have been there and have the T-shirt (or scars) to prove it.

The first few months of any new administration can be particularly hard on federal workers, especially if they have never been through a transition before. The barks are usually worse than the bites. Not always, but often.

President Jimmy Carter’s team was appalled at the state (and salaries) of the federal civil service. Among other things, he tried to eliminate WIGs (within-grade-raises). Those are the semi-automatic raises that federal employees get every one, two or three years depending on their time in grade and their performance rating. Since more than 90 percent of all workers get the adjustments (worth about 3 percent on top of any January pay raise) the Carter team called them “being there” raises. Because, in their eyes, if you showed up, didn’t commit a crime or treason, you get a raise when your anniversary date rolled around.

But WIGs are still with us, giving many workers pay raises even in years when pay is otherwise frozen. The Carter administration did succeed in overhauling the top levels of the career civil service, eliminating the then-Grade 16, 17 and 18 positions and moving them into what is now the Senior Executive Service. The plan was that SES members would be more mobile and more responsive to political appointees assigned to implement the new president’s agenda. The Carter administration also proposed that “total compensation” (the value of fringe benefits such as vacations, sick leave, holidays, insurance and retirement), as well as pay levels be used to compare feds with their private-sector counterparts.

President Ronald Reagan came in promising to shake up the bureaucracy. One local newspaper predicted that the Washington metro area — which is built on the federal workforce — would be “decimated” by his cuts. While some domestic agencies were trimmed, the big buildup in Defense —both government workers and contractors — created many more jobs here.

President Bill Clinton’s team from Arkansas took one look at federal salary levels (especially in the D.C. area) and was horrified. The bipartisan FEPCA law, which was to provide a series of automatic catch up-with-industry raises, was due to begin the first year of the Clinton presidency. FEPCA assumed that federal professional workers, on average, were paid 20-to-30 percent less than their private sector counterparts. The idea was to give them a series of modest raises each year until they achieved pay parity. But Clinton proposed a zero raise. Congress approved a less-than-FEPCA raise thanks to the bipartisan leadership of Reps. Steny Hoyer (D-Md.) and Frank Wolf (R-Va.). But the pattern of less-than-FEPCA-formulas was set and was followed by Presidents George W. Bush and Barack Obama, including three years without any pay raise.

The Clinton administration’s effort to reinvent government, headed by Vice President Al Gore, almost destroyed the village to save it. Various government rules and regulations (some of them stupid, some not) were publicly ridiculed. People not familiar with the way government works (which is most people) figured the stupid regs had been invented by bureaucrats, not imposed by Congress. The result was more of a black eye for the bureaucracy rather than meaningful reform. It included visits with late-night TV hosts and comics, in which government programs — imposed by Congress and the White House, not career civil servants — were ridiculed. And often exaggerated. In the process, more than 250,000 federal jobs were eliminated or farmed out to the private sector.

Now the new Al Gore appears to be Jared Kushner, who will head the new Office of American Innovation. Kushner, who is President Donald Trump’s son-in-law, has been tasked with the idea of making the government more efficient. Thursday’s Washington Post carried an op-ed column by Ronald A. Klain. Klain was chief of staff for Gore. Not surprisingly, he believes the reinventing government program was a success and that Kushner, in part because of his other duties, may be spread too thin or that his real mission is to get rid of regs that industry doesn’t like. Another top member of the 1990s “reinventing government” has had second thoughts. She said she regretted that in trying to sell the public on government reform, they sometimes exaggerated the problems or took them out of context to make a point. Let’s hope this new try is a genuine effort to reinvent and reform, not rip to shreds.

Sound effect artists use cornstarch in a leather pouch to make the sound of snow crunching.

Source: The Art of Foley 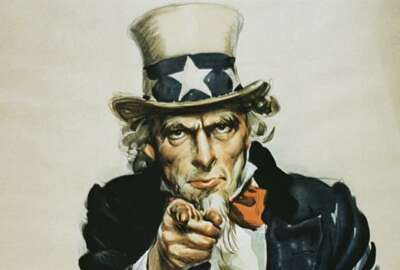 The downside of working for Uncle Sam 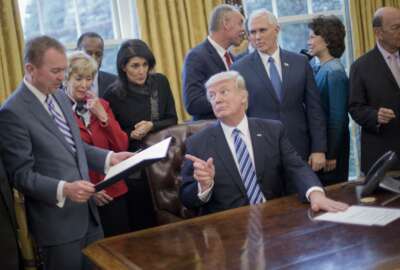 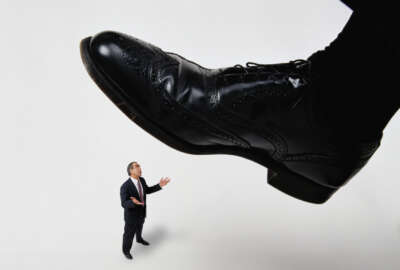 Will you still be in your job this time next year?