Why buyouts are bombing

Federal agencies hoping to thin the herd via buyouts have a problem. It is not the cost of the buyout to the agency but the value of the buyout to targeted recipients. The problem: The largest federal civilian operation, Defense, is offering select workers up to $40,000 to take regular or early retirement. All other agencies are still limited to maximum buyouts (VSIPs) of $25,000, a figure set way, way back in the Clinton administration.

Federal agencies hoping to thin the herd via buyouts have a problem. It is not the cost of the buyout to the agency but the value of the buyout to targeted recipients. The problem: The largest federal civilian operation, Defense, is offering select workers up to $40,000 to take regular or early retirement. All other agencies are still limited to maximum buyouts (VSIPs) of $25,000, a figure set way, way back in the Clinton administration.

Congress last year granted the Defense Department authority to offer workers up to $40,000 (before deductions) if they will take regular or early retirement. That has created problems for other agencies — EPA, State, Interior and others on the downsizing list — because their buyouts are limited to a $25,000 maximum set in the 1990s when the White House decided to trim more than 200,000 federal civil service jobs through a combination of layoffs, contracting out and buyouts.

Shortly after the Pentagon got its original $25,000 buyouts in the ’90s, Congress extended them to other agencies. While the majority of $25,000 VSIPs (voluntary separation incentive payments) went to Navy, Army and Air Force civilians, workers in dozens of non-DoD agencies got them too. Which is the problem facing today’s wanna-be-downsizers today.

The Trump administration and Congress want to trim the federal workforce. Starting with the EPA, State Department, Interior and all the way down. So far, not so good. EPA last year offered about 1,200 people buyouts but only about 400 took the bait. Talks with federal workers reveal the obvious. Why take a $25K buyout (worth $17,000 to $18,000 after deductions) when the chance of a $40,000 VSIP is out there? A Senate committee last year proposed extending the $40,000 buyouts to other agencies but its House counterpart didn’t followup. To which a potential VSIPer writes:

“Read your article on the brain drain. Can’t Congress or the president figure out federal employees way over eligibility time are waiting for the $40,000 buyout to be offered … then there will be a drove of employees retiring … any suggestions who in Congress I start calling, writing to give them a HUGE push … all of us waiting need that money as a cushion to pay bills, have a cushion for emergencies and, silly thought, travel a little.” — E.O.S

Good question. Short answer: Most politicians in and around D.C. (in Maryland and Virginia) get it. Their districts are chock-full of active and retired civil servants (and military personnel). Start with them to get the ball rolling and let them know this is a major issue with many of their voters. If you are outside-the-Beltway in an area with a VA hospital or facility, an IRS center, a major Social Security or FAA operation, a large Interior Department presence or an Army, Navy or Air Force base, lots of your local voters are feds or family members. Uncle Sam is a major employer in Ogden, Utah; Oklahoma City; Marion, Illinois; Huntsville, Alabama; Andover, Massachusetts; Charleston, South Carolina; San Antonio; Norfolk, Virginia; and dozens of cities and towns across the nation. If you are from a major federal center, let your representative and both senators know you are out there. Also, let us know what Uncle Sam’s footprint is in your area and we’ll pass it on to folks on Capitol Hill.

Most officials are aware that layoffs (no matter how much they might hate bureaucrats) are not the way to go. Because of civil service and veterans preference rules, during layoffs employees with senior and VP can bump less-senior non-vets out of their jobs. Layoffs are chaotic, hard to control and often more costly than a one-shot buyout.

The chihuahua is the smallest dog breed in the world. 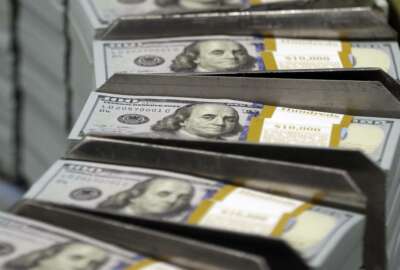