While veterans of past government shutdowns are monitoring what’s going on in Washington, D.C., folks from South Carolina to New Jersey are fearful that Hurricane Florence may hit first, weeks before the October fiscal year target date for a political shutdown.

The monster storm, now packing house-flattening 130 mph winds, is due to make landfall in the Carolinas this week and maybe bypass the D.C. area while bringing in more than 10 inches of rain. Storm watchers’ biggest fear is that, like Hurricane Harvey last year, the giant Florence will slow almost to walking speed. That could mean feet of water being dumped on the East Coast, where the ground is already saturated.

That is a formula for trees being toppled, massive power cuts and flooding of low-lying areas. And in a worst case scenario, subways and underpasses become rivers and lakes.

So how wet is it already? Tuesday’s scheduled game between the Washington Nationals and the Philadelphia Phillies in the city of brotherly love was cancelled because the field was too wet. Grounds crews worked all day using snow-blowing equipment and flame-throwers but couldn’t make it safe enough for play.

At least 1.5 million people along the Atlantic coast have been urged or told to evacuate. That number could grow once more is known about Florence’s path and speed.

With some of the worst traffic in the country the metro Washington area could take a major hit as the slow-moving storm moves slowly up the coast next week and as early as Friday for major federal outposts such as Charleston, South Carolina; Raleigh-Durham-Carey in North Carolina, Ft. Benning, Georgia; Parris Island, South Carolina; the Richmond-Norfolk area in Virginia and places on the coast including NASA’s Wallops Island operation on Virginia’s eastern shore. Annapolis, Maryland, and Old Town Alexandria also had major flooding because of steady rains and high tides 10 days before the hurricane had left the Bermuda area.

Federal executive boards in Atlanta, New Orleans, Philadelphia , Baltimore , Newark and New York City will make any calls for a shutdown in their areas. When most people think of weather-related shutdowns, Washington, D.C., comes to mind. It has 14 percent of the total federal workforce, most headquarters operations and is the headquarters for all but a handful of federal operations. When D.C. shutdowns following a 3 inch snow, our reputation as Winter Wimp Capital is reinforced.

But FEBs all over the country shut down down local operations, even in tough snow towns such as Boston and Chicago, which often don’t make the national news. For the nearest FEB to your location, click here.

In the 1940s and 1950s, Clemson University in South Carolina made its signature Clemson Blue Cheese inside an unfinished railroad tunnel, called the Stumphouse Mountain Tunnel. Today, the cheese is made on campus in the Agricultural Center. 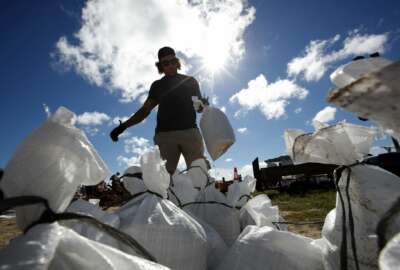