Thousands of active and retired feds in some of the Federal Employees Health Benefits Program’s best and most expensive health plans may be spared from being hit by a pending 40% tax on their favorite health plans.

The excise tax, a delayed feature of the Affordable Care Act, takes effect in 2022 on some of the most popular and pricey plans in the giant federal health plan that covers more than 4 million current and former federal...

Thousands of active and retired feds in some of the Federal Employees Health Benefits Program’s best and most expensive health plans may be spared from being hit by a pending 40% tax on their favorite health plans.

The excise tax, a delayed feature of the Affordable Care Act, takes effect in 2022 on some of the most popular and pricey plans in the giant federal health plan that covers more than 4 million current and former federal workers, their spouses and dependents.

The excise tax was delayed to make it easier for Congress to approve the ACA, sometimes known as Obamacare. The Trump administration has made repeal of Obamacare one of its key goals. Congressional Democrats generally oppose any change, except on the excise tax which grows less popular as more people learn about it and its effective date.

Last week the House of Representatives, in a rare bipartisan vote approved the nobly-named Middle Class Health Benefits Tax Repeal Act in a very lopsided 419-6 vote. The bill is so popular with politicians that 42 Democrats and Republicans clawed their way up the parliamentary food chain to be listed as cosponsors; normally a bill will only have two to four cosponsors. The pending bill in the Senate is S. 684.

What makes repeal of the 2022 tax plan so popular is the large number of retirees, especially those from the federal workforce, who signed up in the so-called Cadillac plans when they first retired and have stayed with them even after 10, 20 or 30 years of retirement. The Obama administration wrote in the delayed-tax plan to help gradually reduce overall government health costs by financially nudging well-to-do retirees into plans with lower premiums but higher deductibles. The federal FEHBP program, considered one of the best in the nation, pays about 72% of the total premium for workers and retirees, and about 75% for postal workers.

The government pays the lion’s share of premiums (roughly 72%) for most workers and retirees. That share remains constant even when premiums go up. Because of the high cost to government, politicians have been looking for ways to encourage more so-called “heavy users” to join lower premium plans which require individuals to pay a larger share of their total health bill. Many retirees continue in the same plans year after year while younger, healthier enrollees leave for lower-premium plans. The “adverse selection” makes some plans much more costly than those with younger, healthier enrollees.

The impact of the pending tax is especially important in states like California, Florida, Texas, South Carolina, Pennsylvania, Maryland and Virginia, and Washington, D.C., which have large concentrations of federal retirees as a voting bloc. Most organized groups representing unionized feds, managers, executive and retirees belong to the federal-postal Coalition. Each group has a special relationship with key members of Congress.

Next step is to get the Senate to repeal the excise tax. If that happens, problem solved. If not, opponents will have to try again next year. And if it continues to fizzle in the Senate, or lose steam in the House, many feds including most retirees will need to shop for a less expensive, less inclusive health plan. Or come up with another 40% to pay their future premiums.

Wyoming, the 10th largest state in the Union, only has two sets of escalators, for a grand total of four escalators (two going up and two going down). They are both in the city of Casper: One set is at First Interstate Bank and the other is at Hilltop National Bank. 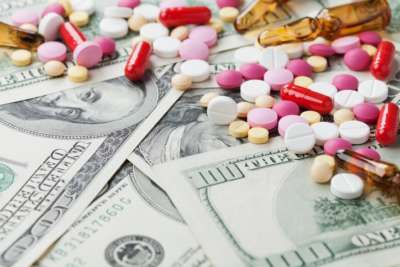