What a Biden administration will mean for federal employees

The election showed that about half of America swims in salt water, half in fresh water. A codfish in the salty Atlantic off Maine has no concept of what life looks like to a trout in a high, cold Colorado stream. And vice versa.

Without judging whether salt or fresh is superior, let’s say the Trump administration has been salt water. A school of trout is counting on the Biden administration to lead it back...

The election showed that about half of America swims in salt water, half in fresh water. A codfish in the salty Atlantic off Maine has no concept of what life looks like to a trout in a high, cold Colorado stream. And vice versa.

Without judging whether salt or fresh is superior, let’s say the Trump administration has been salt water. A school of trout is counting on the Biden administration to lead it back to the stream. Namely, Veterans Affairs employees who are members of the American Federation of Government Employees. It may seem strange that the union representing career civil servants should take a highly visible position in favor of a political candidate. But AFGE is hoping the still-damp master agreement it has with VA will be cleared away by the expected Biden administration. And that the two sides will start over under a different VA secretary.

The issue, or problem if you will, with the new agreement is that the Federal Service Impasses Panel had to impose it. VA management turned the deadlocked negotiations — after nearly 500 hours of bargaining over many months — to the panel. Days ago the FSIP ruled mostly in favor of management. Not completely, but mostly. The decision is long, but clearly written. The issues get complicated. But basically the union is facing far less ability to participate in policy-making in several domains, and tougher disciplinary and termination procedures enabled by the Veterans Affairs Accountability and Whistleblower Protection Act of 2017.

In imposing a seven-year duration, FSIP split the baby. The union wanted three years, VA wanted 10. Gone are union- or employee-management forums. Forums or cooperative discussions, whatever you want to call them, have resembled nothing so much as Venetian blinds opened and closed by successive administrations. At the moment they’re closed, having been rescinded by the Trump administration in 2017.

VA says it won a victory in the bitter negotiations. AFGE doesn’t accept the decision, and the FSIP’s declining to stay it, as legitimate. It challenges the legitimacy of the Trump-made FSIP appointments, and has an active lawsuit against VA on other bargaining clauses.

In not accepting the FSIP terms, AFGE signaled its hope that the Biden administration will come in and perhaps sweep the whole thing out and start over.

Reading the FSIP decision and the AFGE reaction got me wondering what effects a Biden administration will actually have for federal employees at all levels, union or not.

Bottom line first: Don’t let your rose-colored rear-view mirror lull you into thinking the Biden era will bring a steady flow of chocolates and champagne.

The fact is, on the whole administrations, regardless of party, maintain a brackish pond, neither salty nor fresh, in which to operate the bureaucracy. The Obama administration re-restored the employee-management forums, but it imposed pay freezes and, for one year, suspended the Presidential Rank Awards program, and the nice bonuses its recipients receive. Obama was dinged for waiting several years to have a meeting with members of the Senior Executive Service. On the other hand, his Executive Order of December 2015 sought to give SESers and their concerns a higher priority in administrative affairs.

And, as noted, Obama in 2009 restored the labor-management forums “to improve delivery of government services.” That’s the argument AFGE made — that they improve mission delivery — in trying to get them included in its bargaining agreement.

In my humble opinion, gained after closely watching five administrations, is that they care about the federal career civil servants to the extent that you don’t screw anything up. The major screwups — things like Hurricane Katrina response or the Affordable Care Act initial web site — might cause critique of the bureaucracy but they turn into political liabilities.

At their best, the appointees of a president involve career people in the big policies. You don’t get veto power, but you do ideally get a respectful listen. Procurement and other bureaucratic reforms were a priority in the Clinton administration. The appointees in many cases delighted the civil service by involving it.

So what will Biden do? (insert “may” or “likely” before all of these)

Policies will change somewhat, the tone perhaps more so under Biden. But in the same way the national voting seems to have endorsed neither party’s fondest dreams, don’t expect four years of Nirvana. You’ll work in the same government on January 21st as you do now.

King Henry II employed a flatulist, Roland the Farter, to perform a dance that ended with “one jump, one whistle, and one fart,” occurring simultaneously, at court every Christmas. For this service, Roland was granted Hemingstone Manor in Suffolk, along with 30 acres of land. 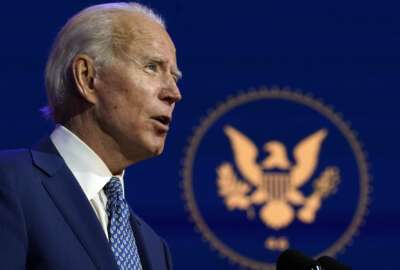 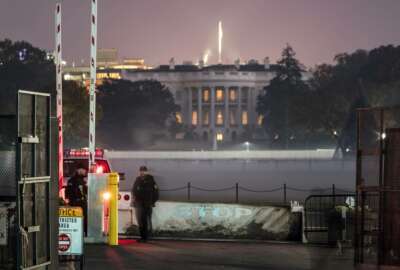