Navy Department officials assured worried members of Congress Tuesday that the United States is still dominant in every area of maritime warfare. The concern, they say, is that other nations are advancing their technologies faster than the U.S.,  and they’ll catch up sooner or later.

The only way to prevent that, Navy and Marine Corps officials told the House Appropriations Committee on Tuesday, is to devise Defense technology and procurement processes that move much more quickly...

Navy Department officials assured worried members of Congress Tuesday that the United States is still dominant in every area of maritime warfare. The concern, they say, is that other nations are advancing their technologies faster than the U.S.,  and they’ll catch up sooner or later.

The only way to prevent that, Navy and Marine Corps officials told the House Appropriations Committee on Tuesday, is to devise Defense technology and procurement processes that move much more quickly than what’s possible in today’s acquisition system.

“Pace is the issue,” said Adm. John Richardson, the chief of naval operations. “As we move into what I’d describe as the fifth generation of warfare, we are outpaced, so we’re focused on speed. We enjoy a margin of superiority now, but that’s perishable and if we don’t pick up speed in our acquisition system we’re going to be challenged.”

Navy Department leaders said they have several strategies for picking up the pace. Most of them have to do with ensuring that new technologies don’t spend years in laboratories and testing processes before they get into the hands of actual warfighters who can provide feedback on whether a given widget or weapons system helps or hinders their missions.

“We’ll still need to do some initial testing on shore, but we need to get products to the fleet and let sailors and Marines test them in far more operational conditions, see what works and succeeds faster or fail faster,” said Navy Secretary Ray Mabus. “We are facing more threats and competition than we have since the days of the Cold War, but I think that the trajectory we’re headed on will let us proceed with a good bit of confidence.”

The trajectory includes two new Navy programs explicitly designed to promote rapid acquisition and determine whether a given technology is feasible before top officials commit billions of dollars toward their development.

For urgent capabilities that commanders say must to be deployed to the fleet right away, the Navy  set up a Rapid Prototyping, Experimentation and Demonstration initiative. The idea is to bring the department’s best technical experts together in “swarms” to tackle new problems as soon as they’re identified.

“We’ll adjudicate those urgent needs or opportunities and engineer them together in creative ways and get them out to the fleet, and that’s when learning really starts,” Richardson said. “We’ll figure out which ideas work and which ones are dead-ends, and by doing that very quickly we’ll get to solutions that translate to programs of record much more quickly and we’ll be much more confident in the technology that emerges.”

For technologies that the Navy already knows it wants to buy, it’s created the Maritime Accelerated Capabilities Office (MACO), an idea borrowed from the Air Force’s Rapid Capabilities office. Its job will be to put the Navy’s technical staff, requirements owners and acquisition personnel under one roof for fleet-wide projects the Navy deems most urgent, hopefully eliminating the delays that usually happen just by virtue of the shuffle of paperwork between those different bureaucracies.

“MACO is really about creating a speed lane for those programs that are sufficiently mature and that we think we can get to the fleet soon,” Richardson said. “We’re hoping to transition more and more programs into that speed lane so that we can just respond at the speed of technology and at the speed of our competitors.”

Richardson said the Navy is closely monitoring the technological superiority it now enjoys in four separate areas: surface warfare, aviation, undersea warfare and cyber. In each case, he’s forbidden the use of the word “dominance” on the nameplates of the Navy staff offices responsible for them.

“The CNO doesn’t like that word, because when you label an area that way, it implies you’re finished, pencils down, you’re now ‘dominant’.” said Vice Adm. Ted Branch, the Navy’s top IT and intelligence official whose title until one month ago was Deputy Chief of Naval Operations for Information Dominance. “Information warfare” is now the preferred term. “Adm. Richardson wants us to embrace the idea that we have a lot of work ahead of us across the board.”

The Navy’s ability to stay ahead of potential adversaries is highly dependent on the U.S.-based industrial base, and on that score, officials also expressed concern about a supplier base that is consolidating and shrinking.

As one example, Mabus recently notified Congress that there were no domestic suppliers that could build the engine for a new class of vessels currently under design to refuel ships while they’re at sea, invoking a provision in federal law that lets the Navy waive its requirement to use only U.S. companies for critical components for the new oiler if U.S. companies can’t provide parts on a “timely basis.”

“One of the things we’ve seen as the number of shipyards has decreased is that many times, we’re down to one supplier of critical parts and if something happens to that supplier, we don’t have anyplace else to go in the United States,” Mabus said. “I do not ask for waivers like this lightly. The only time I ask for them is when there’s no American product that meet our specifications, and those specifications are driven by what those ships have to do.”

Mabus said the Navy was closely watching its industrial base but has only a few tools at its disposal to ensure it remains healthy.

One vehicle is the Defense Production Act, which lets DoD apply taxpayer funds directly to private ventures that are deemed essential to national security. Mabus has previously used DPA authority to invest Navy funds in alternative energy upstarts to help those companies gain their footing as Navy suppliers.

“If the item is a big enough concern, we can use DPA,” he said “We’ve done so for various things, including parts for our ships and aircraft.” 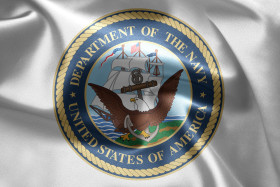 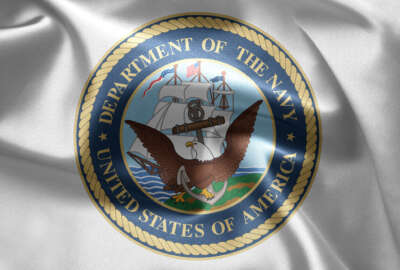