The Navy has just stood up a new “digital warfare” office, prompted by the notion that the service is awash in valuable, but largely untapped data in areas ranging from acquisition, maintenance and audit readiness to the ways it trains and equips its sailors.

In doing so, the Navy says it’s trying to emulate companies, particularly in heavy industrial sectors, who’ve leveraged their own data into new digital strategies to make smarter business decisions, including...

The Navy has just stood up a new “digital warfare” office, prompted by the notion that the service is awash in valuable, but largely untapped data in areas ranging from acquisition, maintenance and audit readiness to the ways it trains and equips its sailors.

In doing so, the Navy says it’s trying to emulate companies, particularly in heavy industrial sectors, who’ve leveraged their own data into new digital strategies to make smarter business decisions, including by feeding raw information from their business units into tools that take advantage of new advances in data science and machine learning.

“An example might be an engine on an aircraft wing,” Vice Adm. Jan Tighe, the deputy chief of naval operations for information warfare, said in an interview with Federal News Radio. “How do we make decisions on how many hours that engine can fly before it needs to come off and be inspected? In the past, we’ve just used an average. Whether the plane was flown in very harsh or very favorable conditions, they were all treated the same. With the data coming off those engines, you have a better ability to predict failures in blades, etcetera. That’s an industrial example, but there are so many ways to take advantage of the data that we already have. It could be our financial systems, it could be any of our functional areas.”

The digital warfare office won’t have much of a budget nor a large staff, but that’s mainly because most of the legwork involved in implementing the Navy’s new digital strategies will fall to service’s system commands (SYSCOMs) that engineer and acquire new systems and the type commands (TYCOMs) in charge of manpower and training for the Navy’s various functional communities.

Tighe, who will oversee the office, said its main role will be to champion and facilitate smarter uses of data throughout the fleet. It was intentionally set up within the top echelon of the Navy’s command structure — within the staff of the office of the chief of naval operations (CNO) — so that it has the institutional heft to iron out any bureaucratic roadblocks.

“It’s the obstacle-knocker-downer,” she said. “For companies that have taken this journey, one of their biggest lessons on both the IT side and the industrial side is that the only way this works is top-down leadership. You have to have the leader of the organization driving the cultural change necessary to do things differently than we’ve done in the past, and that’s who CNO is. He needs a bit of a staff to pay attention to the trends and what we can learn from industry partners, but it’s mainly the SYSCOM functions. It might be how we do financial management as well, or how we handle the manpower, personnel and training and education side of the house. This is all dealing with large amounts of data. We need to spend less time going and finding the data we need to make a decision and come to a better construct where the machine can gather the information, do some analysis and present it to the person who needs to make the decision.”

In standing up the digital warfare office, the Navy is applying a similar approach to the one it took to cybersecurity two years ago.

There too, top leaders concluded they had a pervasive problem that could only be addressed if the CNO’s office first got the attention of commanders throughout the Navy and made it a priority to drive more cybersecurity rigor into everything they do. A one-year project, Task Force Cyber Awakening, eventually led to an effort called CYBERSAFE that identifies the Navy’s most critical systems and prescribes standards to the system commands to harden them against cyber attack.

“There’s also a bit of overlap between the two, insofar as digital strategies can be applied to improve our cybersecurity outcomes,” Tighe said. “But my cybersecurity division has done unprecedented work across multiple systems commands to, first and foremost, create the standards we intend to build the next generation of platforms to or migrate to. For our acquisition programs, we’ve put a line in the sand that says, by this date, you will conform to these standards and we will measure you. If you’re post-Milestone B, you need to be telling us how you’re going to improve in follow-on modernization.”

Tighe said the cybersecurity division’s fingerprints were already on one major Navy acquisition program: the future frigate the service plans as a follow-on to its littoral combat ship.

“So because of this work, we’ve provided something a program manager can actually use to begin to drive what that future system will look like based on standards we’ve all agreed to,” she said. “There could be some more standards written over time, but it gives our program managers a better ability to anticipate the changing nature of cybersecurity and build that into the structure of their dealings with industry.” 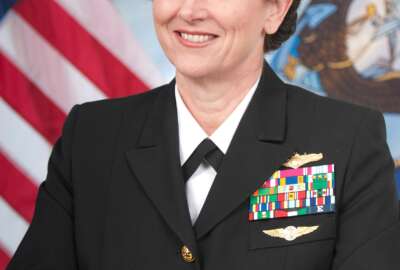