Navy’s pilot shortage may be shored up by 2023, but then the real challenge begins

It will take the Navy at least four or five years until it can recapitalize its inventory of pilots, but by then the talent pool may be unpredictable.

A recent report, which provides one of the most comprehensive pictures of the military-wide pilot shortage, shows the root of the Navy’s pilot problem is similar to the one the Air Force is facing. Both services are losing the retention battle with experienced pilots.

It will take the Navy at least four or five years until it can recapitalize its inventory of pilots, but by then the talent pool may be unpredictable.

A recent report, which provides one of the most comprehensive pictures of the military-wide pilot shortage, shows the root of the Navy’s pilot problem is similar to the one the Air Force is facing. Both services are losing the retention battle with experienced pilots.

A Defense Department report sent to Congress outlines a short fall of 1,242 aviator billets in the Navy – that includes pilots and navigators – in 2018. The service is experiencing higher than average pilot loss rates, especially in the mid and senior officer levels.

In 2018, the Navy lost 611 pilots. That is 131% higher than the 10-year average of 465. The Navy’s pilot inventory is about 7,000 pilots and combined pilot/flight officers (NFOs). Flight officers specialize in weaponry.

“The most adverse retention trends are being driven by the tactical air support community, accounting for 37% of naval aviation or about 3,723 pilots,” the report states. “The Navy produces approximately 167 pilots and 88 NFOs for these communities annually, with three years required to train new pilots. Therefore, any delays in flight training further challenge the Navy’s ability to replenish strike fighter and electronic attack pilot manning.”

The shortage was caused by under-accessions from 2005 to 2012 and under-production in the undergraduate training commands and Graduate Fleet Replacement squadron. Another reason is senior pilots are leaving the Navy for commercial airlines — a problem the Air Force is also facing.

The Navy thinks it can slow the bleeding in five years by fully funding and staffing its training pipeline. The pipeline can hold 1,100 potential pilots at at time while it’s at its peak – that means 1,100 will graduate in three years. It will have full funding in 2019 for the first time in several years due to extra readiness funding.

The reason for the delay is it will take time to get the new pilots the experience and qualifications they need and older pilots will be dropping off in the meantime.

“Similar to the Air Force, significantly expanding the number of aviators produced annually today, without a concurrent increase in the fleet billet base, would result in overfilled billets in fleet squadrons,” the report stated. ”With no extra billets to send the excess officers to and no increase in the resources to give them training in the fleet, the effect would be to exacerbate experience and retention problems.”

Basically, the Navy would have too many inexperienced pilots and nowhere to put them. Meanwhile, as the pipeline is filling up, experience pilots are flying extra duty and staying away from their families to make up for the shortfall.

That’s causing more pilots to burnout and leave because of quality of life issues.

Navy leadership is heavily engaged in using things like the career intermission program and creative personnel distribution to mitigate operational tempo issues, but it is too early to measure the effects.

If the pilot training pipeline stays strong, the Navy should be caught up by 2023. But that’s exactly when new problems arise.

The military isn’t the only place in need of pilots. The private sector is also pining for aviators and the peak of the shortage is supposed to hit in 2023 and stay that way for a few years.

The Navy will have to contend with the demand from other areas, while also worrying about its instructors.

The current shortage in pilots will lead to a short fall in instructors around the 2021 to 2023 timeframe.

The Navy is already working on a plan to address the pending instructor gap.

They include: “expanded use of the reserve component instructor pilots, reintroduction of the Selective Retained Graduate Program and creating and alternate career path under the Professional Flight Instructor Program.”

The instructor program gives senior aviators more career flexibility to stay out of command positions and keep flying and instructing.

The retained graduate program turns pilots into instructors after their first tour as aviators. 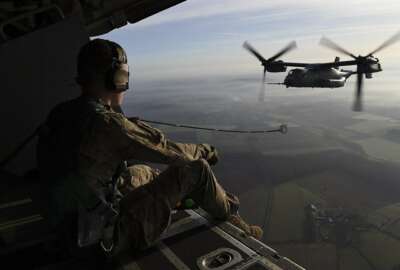 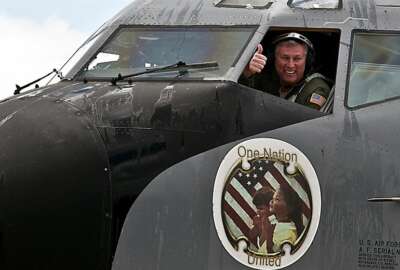