The Navy’s top official said the service is moving as quickly as it can to disembark the crew of the U.S.S. Theodore Roosevelt after coronavirus cases spread rapidly among the sailors living and working in the vessel’s cramped spaces.

Thomas Modly, the acting Navy secretary, said the service had been working for the past several days to remove servicemembers from the ship and into alternative accommodations in Guam, where the Roosevelt is now docked.

The Navy’s top official said the service is moving as quickly as it can to disembark the crew of the U.S.S. Theodore Roosevelt after coronavirus cases spread rapidly among the sailors living and working in the vessel’s cramped spaces.

Thomas Modly, the acting Navy secretary, said the service had been working for the past several days to remove servicemembers from the ship and into alternative accommodations in Guam, where the Roosevelt is now docked.

“The problem is that Guam doesn’t have enough beds right now, and so we’re talking to the government there to see if we can get some hotel space or create some tent-type facilities there,” Modly said in an interview with CNN. “But the key is to make sure that we can get a set of crew members that can man all the critical functions on the ship, make sure that they’re clean, and then get them back on, while we clean the ship and get the other crew members off. That’s the process that we’re going through. It’s very methodical, and we’re absolutely accelerating it as we go.”

The partial evacuation is a significant change from what had been the Navy’s strategy for managing COVID-19 cases aboard the Roosevelt. Late last week, officials said the plan was to isolate crewmembers aboard the ship while each of its more than 4,000 sailors was tested for the virus.

The change appeared to be a response to a highly unusual letter to Navy leadership from the ship’s commanding officer. In it, he wrote that the Navy had an “inappropriate focus” on testing aboard the Roosevelt, since testing alone has no effect on the disease’s spread.

“With the exceptions of a handful of senior officer staterooms, none of the berthing onboard a warship is appropriate for quarantine or isolation. Thousands of ‘close contact’ sailors require quarantine in accordance with guidance,” Capt. Brett Crozier wrote in the Monday letter, which was obtained Tuesday by the San Francisco Chronicle. “The environment most conducive to spread of the disease is the environment the crew of the TR is in right now, both aboard ship and ashore … The current plan in execution on TR will not achieve virus eradication on any timeline.”

Crozier told Navy leaders they could pursue two possible courses of action: either keep the crew aboard and keep the vessel ready to undertake its assigned missions, or temporarily remove and quarantine its personnel while the ship was thoroughly cleaned.

Under the first course of action, he said the crew would simply have to “fight sick. We never achieve a COVID-free TR. There will be losses to the virus.”

But he recommended the second, emphasizing that war is not imminent.

“Keeping over 4,000 young men and women on board the TR is an unnecessary risk and breaks faith with those sailors entrusted to our care,” Crozier wrote. “There are challenges associated with securing individualized lodging for our crew. This will require a political solution but it is the right thing to do. We are not at war. Sailors do not need to die. If we do not act now, we are failing to properly take care of our most trusted asset – our sailors.”

Modly said there is no current disagreement between Navy leadership and Capt. Crozier on how to proceed. And both agree that even if adequate lodging is found or built on Guam, it’s impossible to completely evacuate the ship.

“We’re doing it in a very methodical way because it’s not the same as a cruise ship,” he said. “The ship has armaments on it, an air wing on it. We have to be able to fight fires if there are  fires onboard, and we have to run a nuclear power plant. But we’re managing it and we’re working through it.” 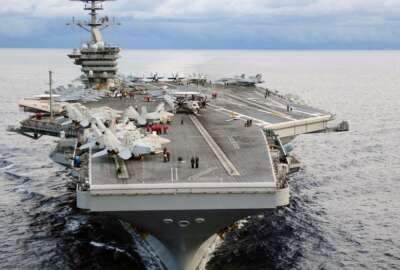 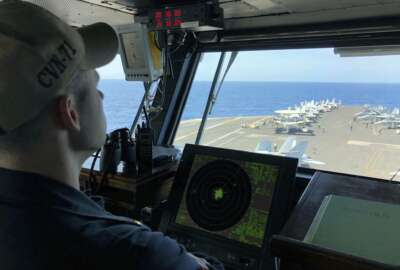