The Navy’s spending has increased every year since 2014. But that battleship could start coming around next year. The administration’s request is for a one percent decrease, to $207 billion. For where the pain points might be, Federal Drive with Tom Temin turned to Bloomberg Government senior defense analyst Rob Levinson.

The Navy’s spending has increased every year since 2014. But that battleship could start coming around next year. The administration’s request is for a one percent decrease, to $207 billion. For where the pain points might be, Federal Drive with Tom Temin turned to Bloomberg Government senior defense analyst Rob Levinson.

Tom Temin: And Rob, your thesis is that 1% reduction is actually quite a profound change for the Navy. Tell us what’s going on?

Rob Levinson: Well, yeah, it’s really a profound reduction, because that 1% reduction of course is before inflation. When you factor in inflation, you know, it’s probably 2%, 2.5% to 3% reduction in the Navy’s overall buy and, you know, there’s some big cuts proposed in this budget. You know, they want to buy one submarine, instead of two submarines, you know, and cut back on what the shipbuilding plan was. Now Congress, of course, is going to get to weigh in on this. But you know, the Navy’s experiencing what – and this is not just true for the Navy, the other services, too, that the administration after some pretty steady and hefty increases since 2014 – you know, even going back to the previous administration – now is looking to a pretty flat budget going forward for the next five years in defense.

Tom Temin: And looking at some of the charts you’ve published here for what’s ahead, and at least historically, that is [fiscal] – ’17, ’18 and 1’9 – the huge effect of the F-35 acquisition on the whole thing?

Rob Levinson:  Yeah, I mean, the F-35 is a big, you know, expensive program and, you know, it’s the most expensive weapons program in Pentagon history, really, across the three services – the Marine Corps, the Air Force and the Navy that are buying it. And now of course, you’ve seen in the latest Marine Corps plan, they’re already talking about maybe cutting back on the size of the F-35 buy for the Marine Corps. You know, these budgetary things, sort of budgetary chickens are coming home to roost, if you will. And the Navy is really struggling with this, you know, it wants to get to a 355-ship fleet, but the the money just doesn’t seem to be there for it.

Tom Temin: Because if you look at the defense strategy writ large, the idea is for the Navy to have a bigger and bigger role because we’re not expecting to send a million troops to a land war overseas. But it’s a very different environment and different way of taking on the world’s challenges. So it seems like Navy’s the last one you would want to cut given the new doctrine.

Rob Levinson:  Yeah, that’s a real problem. I mean, obviously, the sort of the emerging threat that everybody’s kind of focused on is China. And of course, the Pacific Theater is mainly a naval theater, you know, there’s lots and lots of water and a few islands and the Navy, you know, would play a primary role in any conflict in that region. At the same time, you know, one of the things that still remains somewhat untouchable is the balance between the services. Like you say, you know, the strategy might indicate, you should weight the Navy perhaps more. But you know, there’s overall sort of a third-third-third balance between the three services, counting Marine Corps as part of the Navy, really. You have difficulty there breaking that framework to say, “No, we really need to put more on the Navy and cannibalize, you know, either the Army or the Air Force.” And now of course, you’ve got the Space Force to contend with as well.

Tom Temin: So this 1% cut that is proposed anyhow, by the administration coming next year, where will that fall? And what will the effects be? Is it mostly in procurement or is it in, what?

Rob Levinson:  Yeah, well, they’ve cut back a bit on the procurement like you said. They’ve reduced the ship buy from what they planned, they reduced the submarine buy and now it’s not so much in this budget, but in the next budget, Marine Corps talking about reducing the F-35 buy. I mean, that’s the easiest place to go for money. You know, and all of these calculations, of course, were done before the coronavirus hit. So, you know, that throws new calculations both into the overall budget picture, you know, going forward. But also the Navy, you know, obviously been hit hard by the coronavirus. We all know the saga of the Teddy Roosevelt. And what does that mean for Navy ship design and how the Navy operates? There’s some hard questions there that are gonna have to be answered. So a lot of stresses. The costs of the Navy, the operational costs, you know, just keep going up faster than the rate of inflation, the personnel costs, and those are just really hard to get a handle on and the only way you can really, you know, pay for those is with procurement cuts.

Tom Temin: We’re speaking with Rob Levinson, senior defense analyst at Bloomberg Government. Yes, that was the point I was going to ask you about, given that so many of the costs are fixed. If you have a certain size force level, and you know what your healthcare costs are going to be and eventually your retirement costs and salaries and so forth. There’s not a lot of wiggle room in those as there is in procurement. Would that be a good way to put it?

Rob Levinson:  Yeah, I mean, procurement is the easiest, you know, sort of way to roll things back. You know, you just simply sort of stretch – you know, push the buy to the right. Of course, sometimes that may increase your unit cost because you’re not getting the – sort of the benefit of purchasing by volume, you know, in a lower price. But, that’s sort of the easiest thing. The personnel costs, you know, nobody wants to cut benefits. But of course, the other problems the Navy challenges is they want to get more ships. That means more sailors and more training. And so your personnel costs go up along with your, you know, your procurement costs and your O&M costs. So it’s a really tough squeeze that the Navy finds itself in.

Rob Levinson:  Well, you know, there’s a lot of money still going into sort of IT and services. I think the biggest thing and you see this in discussion with the Navy is probably in the unmanned space. The Navy’s recognizing that they’re gonna have to go to more unmanned vessels there. There’s one proposal out there to cut two aircraft carriers and replace a lot of that with unmanned, so the unmanned surface and the unmanned underwater vehicles. And we’re seeing huge growth in that, I think, from 2019 to 2021. We’ve got 129% growth in the budget for unmanned vessels. That’s for procurement and RDT&E. And so, you know, I think the unmanned space and then all those services, you know, the big contracts like SeaPort-e and Next Gen. Those things, you know, that’s where a lot of the money is going to be.

Tom Temin: And if you go from a manned submarine, say to something that’s unmanned, and what that would look like, I have no idea. I mentioned would not be as big as a manned submarine. Is that the same supplier base that can make that switch? Or is this whole bunch of new non traditional types of players that know autonomy, say, better than whoever it is that builds ships and submarines?

Rob Levinson:  Well, I do think – I mean, the traditional players, the General Dynamics and the Huntington Ingalls and people like that are still going to be big players, but it does open up the space, I think for some, you know, more smaller companies and more – that have been working on autonomy and all kinds of areas. Artificial intelligence, I think it does open up some space for them. Because, yeah, you know, to build a Virginia class or a Columbia class submarine that takes a huge ship yard and a lot of infrastructure and only a few companies really have that. In some cases, only one company really has that. But you get down to smaller vessels and more technology focus. Yes, I do think you open up the space a bit for some of the nontraditional, but doesn’t mean that, like, the General Dynamics, the Huntington Ingalls, the Lockheeds are going to go away. But it does mean that there’s some new space, I think, available.

Tom Temin: And then there’s the issue of Congress because presuming we have a divided Congress, at least to establish the 2021 budget, it’s really hard to say how this could fall out then.

Rob Levinson: Yeah, I mean, there’s a lot. Like I said, we’ve got some some new variables, of course, the whole corona variable and the costs and the tremendous spending that we’ve had to, you know, put in place to try and save the economy for that. You’ve got an election coming up in November, you could change the White House, you could change the prospects in the Senate, the control there, even the House. So yeah, there’s a lot of variables to see how that shakes out. Plus, Congress, like you say, procurement in terms of budgetary math is the easiest to go after. But it’s not politically the easiest to go after, because those programs are big. And they employ lots of people in key congressional districts and members, you know, hate to scale back on that stuff.

Tom Temin: All right, anything else that the contractors ought to be paying attention to with respect to the Navy in the Marine Corps?

Rob Levinson:  I think there’s there’s a lot of variables still in the equation. And it’s going to be very interesting to see how this shakes out in the whole budgetary process. But, you know, overall, for all defense contractors, sort of the area of rapid and big growth in the events budget, it appears that that is going to be over for a while. And this has always been sort of cyclical. We’ve been on a high and I think that’s gonna level off or even come down a bit and most people seem to think that’s a very realistic expectation.

Tom Temin: Rob Levinson is senior defense analyst at Bloomberg Government. As always, thanks so much.

Rob Levinson: Pleasure to be with you, Tom. 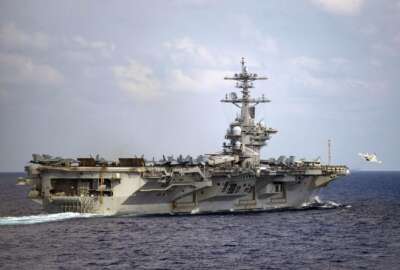 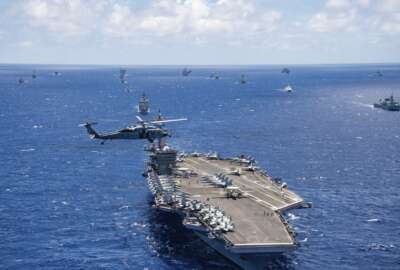