Being on the outside was always part of NavalX’s mission as a self-described “‘super-connector’ focused on scaling non-traditional agility methods across the Navy and Marine Corps,” according to its website. However, during the pandemic it has proved useful in more ways than one.

Cmdr. Sam Gray, NavalX deputy director, said the less than two-year-old organization was in the midst of building out its 5,000-square-foot headquarters in Alexandria, Virginia, when the coronavirus shut down much of...

Being on the outside was always part of NavalX’s mission as a self-described “‘super-connector’ focused on scaling non-traditional agility methods across the Navy and Marine Corps,” according to its website. However, during the pandemic it has proved useful in more ways than one.

Cmdr. Sam Gray, NavalX deputy director, said the less than two-year-old organization was in the midst of building out its 5,000-square-foot headquarters in Alexandria, Virginia, when the coronavirus shut down much of the National Capital Region. Because the site is a commercial space on commercial internet, he said that several Navy and Marine Corps leaders started coming to them because connectivity to the Pentagon — with so many now working remotely — was more constricted.

“So we actually ended up building a video studio where we’re focusing comm-use tools like Zoom and other commercial tools that we might not use internally. But when you want to do outreach, when you want to talk to folks, this is the platform you have to be on,” he said during the AFCEA NOVA Small Business August Virtual Breakfast webinar on Thursday.

NavalX uses digital whiteboarding tools to pilot projects to make sure they can collaborate in a virtual environment and stay connected to Navy internal communications. Employees are still following social distancing and safety guidelines for Northern Virginia and for the city of Alexandria, but Gray said they have still had hybrid in-person and remote events.

“So we’ve actually found that the value of the off base physical location has still been incredibly valuable, just in a way that we hadn’t really anticipated,” he said.

NavalX started in the spring of 2019 as a direct-report initiative under the assistant secretary of the Navy for Research, Development and Acquisition, according to its website. One of its first tasks was to pinpoint which lines of effort would mean the most to their workforce but not try to replicate already-successful innovation cells within the Defense Department, such as the Defense Innovation Unit.

One of the ways NavalX makes those connections is 12 Tech Bridge locations around the country. As national director of the Tech Bridge network, Gray said that as the Department of the Navy stood up the organization last year they looked for underused innovation ecosystems outside the Beltway. They found two ecosystems based at academic institutions last spring and now have 12 locations, with six more announced in May of this year.

Each location focuses on a particular area of expertise but Gray said that plenty of overlap still occurs.

Several of the locations are associated with academic institutions. David Schiff, NavalX director of Strategic Engagement, Partnerships & Talent Acquisition, said state university tech accelerators could connect with the Navy through the Hacking for Defense cybersecurity program and intern opportunities at the National Security Innovation Network.

He said that a common question NavalX staff receive is, “’Can you check out our technology?’ … or, ‘Can you tell me whether or not my [artificial intelligence-machine learning] solution or my cybersecurity solution or my Internet of Things opportunity – whether this is something that’s a good fit for the Navy?’”

However, his time is limited, so the shorter and more synthesized a pitch is, the better to be pushed on to the right Systems Command Warfare Center lab or person. He added that sending a short blurb or link through NavalX’s ServiceNow platform, or to the agility@navy.mil email address is fine but that Navy email addresses can only handle about 5 megabits of inbound traffic per day. Therefore, he said he is probably not going to be able to share a 10-megabit PowerPoint.

“We’re not a buying activity. We don’t have a contract shop,” Schiff said. “What we are supposed to do … is through a variety of measures trying to connect you, with your industry, to the right front door in the Navy, Marine Corps. Making sure that office — that program office, that warfare center, that research facility — that those folks know that your efforts are ongoing, that they exist.” 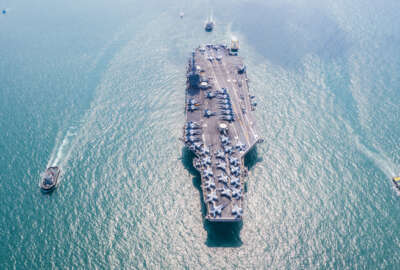 Navy using ‘digital twins’ to speed innovation to the fleet. 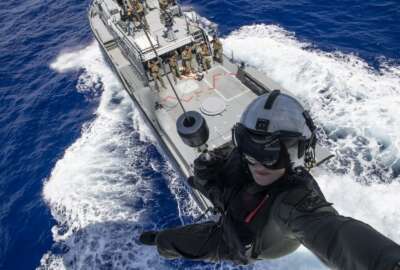