After a year of high retention, the Navy is thinking about force balance

After a stellar year of keeping sailors in the Navy, the service is rethinking how it wants its force to look for the future, and if it will end up being bloated with people.

The Navy’s 2020 retention numbers showed that 69% of sailors serving six years or less decided to reenlist, that easily beat out the Navy’s benchmark of 57%.

Young sailors weren’t the only ones deciding to stay in the service during a...

After a stellar year of keeping sailors in the Navy, the service is rethinking how it wants its force to look for the future, and if it will end up being bloated with people.

The Navy’s 2020 retention numbers showed that 69% of sailors serving six years or less decided to reenlist, that easily beat out the Navy’s benchmark of 57%.

Young sailors weren’t the only ones deciding to stay in the service during a tumultuous year that sent private sector unemployment rates soaring.

More than 75% of sailors who have served six to ten years reenlisted, surpassing the Navy’s goal of 67%, and sailors in the 10 to 14 year range reenlisted at 89%, beating the checkpoint of 82% the military branch set.

“Building upon the retention gains in the last few years, the Navy remains committed to retaining the right talent and experience in the right pay grades and ratings,” Vice Adm. John Nowell wrote last week.

However, the high retention rates are causing the Navy to rethink how it needs to balance its force to keep career fields staffing properly, and to ensure the Navy doesn’t have too many sailors.

“While we have grown over the years, some enlisted ratings have become overmanned, creating imbalances in the Fleet,” Nowell wrote. “As we move into 2021, the Navy will make a concerted effort to provide balanced enlisted ratings and improve community-rating health across the Fleet. Part of this effort will include opening opportunities for sailors to convert from overmanned to undermanned ratings.”

In late November, the Navy announced it was offering early transition opportunities for some enlisted ratings. The service was trying to shed 714 sailors in fields like culinary specialist, logistics specialist, aviation support technician and engineering aide.

Despite the saturation of sailors, the Navy is still setting its retention goals for 2021 at the exact same percentages as 2020.

The Navy isn’t the only one rethinking its force. The Air Force is taking much more drastic measures due to higher retention caused by COVID-19.

For end strength in general, the Air Force was supposed to grow by about 900 to 333,700 active duty airmen in 2020. Kelly said the service met that goal, and it actually ended up about 900 above that benchmark.

“Over the last five years, we’ve been able to build back about 23,000 members back into the inventory to fill a lot of holes,” Kelly said.

In response, the service severely decreased the amount of jobs that will get incentive bonuses from 72 to 37.

“Overall retention levels are at record highs and manning within many of our career fields is healthy,” Kelly, the Air Force deputy chief of staff for manpower, personnel and services, said in a release. “This reduces our requirement and opportunity to utilize retention bonuses to the same extent.”

In total, nine specialties were added and 40 were taken off the list.

“Manning levels have, in some cases, exceeded our requirements,” Kelly said earlier this month on a call with reporters. “In many areas, we probably don’t need as many offerings for the bonuses and opportunities for those retention incentives as we’ve had in the past.” 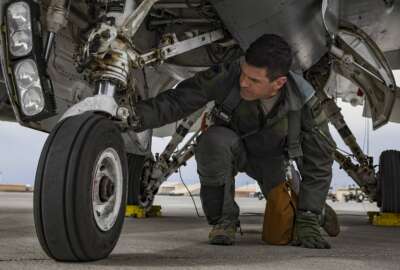 To solve retention challenges, Air Force expands retention bonuses worth up to $90,000 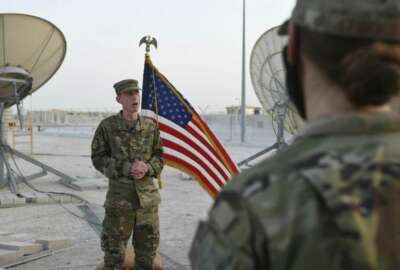