The Navy is dealing with multiple unanswered questions about the severity and long-term impacts of a spill at one of its largest strategic fuel centers in the Pacific that impacted drinking water in Hawaii, as multiple Defense Department and service components in charge of different aspects try to synchronize to deal with the issue.

The Navy is beginning work to empty tanks at Red Hill Underground Fuel Storage Facility under an emergency order from the Hawaii Department of Health after at least 14,000 gallons of jet fuel spilled and contaminated drinking water.

The Navy needs to deliver a work plan and implementation schedule to the Hawaii government by Feb. 2 on the defueling process.

It is unclear, at this point, if the Navy will appeal Hawaii’s order, however there are still many unknowns about the spill at Red Hill and how many of the issues affecting the water supply are systemic or come from one-off mistakes at Red Hill.

The 80 year-old, 250 million gallon storage facility sits just 100 feet above the island of Oahu’s main aquifer, which provides 77% of the potable water in the area. In late November, jet fuel spilled at the location in what the Navy is calling an operator error.

Since then, military service members and their families at Joint Base Pearl Harbor-Hickam and the surrounding areas have been sickened and displaced by the spill. Residents reported gaseous smells from their water and oily sheens.

A few main concerns on the vanguard at this point were on display during the Congressional hearing:

The answer from Navy officials is: We’re working on it. While Red Hill shut down on Nov. 28, 2021 shortly after the spill, and a joint crisis action team was created the next day, residents are still reporting fuel in their water.

The Navy is providing drinking water, relocating families and has screened more than 5,900 patients reporting nausea, diarrhea, headaches and other health issues.

Rep. Michael Waltz (R-Fla.) said he feared there may be systemic issues with Red Hill considering its history with spills.

The Sierra Club of Hawaii states that since 1943, at least 180,000 gallons of fuel have leaked into Hawaii’s water from Red Hill.

In 2019, the Navy released a third party report it directed stating that there was a 27.6% chance that 1,000 to 30,000 gallons of fuel could leak into the water per year. The Navy stated that the historical record did not reflect that probability considering there had only been one known leak since 1983.

Navy officials told lawmakers that multiple studies are pending on the extent of the problem and how pervasive it is at this point.

Converse said a judge advocate general will deliver a report on Jan. 14 about the November spill and if it has any linkage to one six months earlier.

Another third party study is underway looking at how to restore the water well and how to bring Red Hill back to operation.

The jurisdiction over the Red Hill response is a complex puzzle of authorities, which may conflate matters.

“To illustrate in our various responsibilities and the most simplistic way can be likened to a very, very large and complex industrial petroleum plant,” said Rear Adm. Peter Stamatopoulos, commander of Naval Supply Systems Command. “Defense Logistics Agency is the parent company, Navy Installations Command owns the property, Naval Supply Systems Command moves the petroleum, Navy Facilities Engineering Systems Command, along with the U.S. Army Corps of Engineers, performs maintenance and repairs of the plant and response to the water crisis at Red Hill.”

Meanwhile, service members and their families are still reporting symptoms and some feel out of the loop as to what is going on.

The Navy is sending teams to houses to flush water systems and set out a timeline for when the thousands of displaced residents can return to their homes.

“We want to make sure that homes drinkable water, and so we’re working diligently with our partners at the Hawaii Department of Health and the EPA and our fellow services to attain that drinkable water,” said Vice Adm. Yancy Lindsay, leader of Navy Installations Command. “We expect that to begin occurring here in late January and proceed through the middle of February. Original estimates were not accurate because of the scope and scale with which we had to address the water system, again in conjunction with our partners.”

Service members and families are frustrated and taking to social media.

“Tighten the timeline. The Navy assumes people are home twirling their thumbs and are showing up whenever [to flush homes],” one person wrote on the Joint Base Pearl Harbor-Hickam Facebook page on Monday. “Even Sears, which went bankrupt, would provide a date and 3-4 hour time range when they would show up. Do better! There are families with multiple life situations! Some of us have already missed work due to being sick or taking children to ER and much more. The families are bearing all the ‘understanding’ here! Do your part – don’t offer empty promises.”

After seeing the base post pictures of employees testing water, posters said they were more worried about the results.

“Posting pictures of the testing is cool and all, but have you considered posting the results?” one person wrote over the weekend. “All that talk from the Navy secretary about transparency and earning back trust, would be nice to see some actions to back up those words.”

Complicating matters even more is the Navy’s mission. Red Hill is an important asset for the United States, especially as it pivots to counter China and Russia.

To date, the Navy says it spent $250 million on the water crisis.

If Red Hill were to defuel its tanks, Navy officials said they did not have predictors of what readiness impacts would be in the long term. 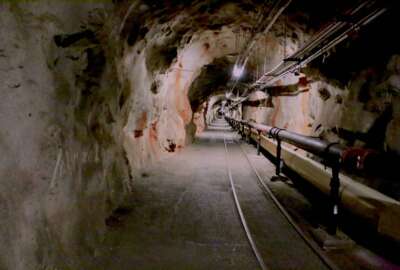 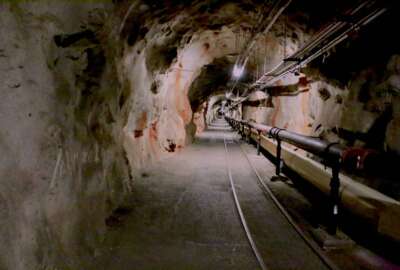