Every DoD component with a hand in tech development has one or several organizations dedicated to the proposition that many of the Pentagon’s acquisition challenges could be overcome if only there were more frictionless ways to pair small innovators with Uncle Sam’s big pocketbook. None have quite cracked the code yet, but the Navy has a few ideas that might end up helping.

Every DoD component with a hand in tech development has one or several organizations dedicated to the proposition that many of the Pentagon’s acquisition challenges could be overcome if only there were more frictionless ways to pair small innovators with Uncle Sam’s big pocketbook. None have quite cracked the code yet, but the Navy has a few ideas that might end up helping.

The Navy Department’s innovation hub, called NavalX, plans to launch several new initiatives this month to attract new companies into the Defense technology innovation base, and to help ensure the technologies that show the most promise don’t die on the vine.

First, NavalX plans to stand up what it calls “prototyping as a service.” Rather than prototyping new technologies in-house, the Navy will outsource at least some proportion of that work to a 501(c)3 nonprofit that will specialize in prototyping, focusing at least initially on the area of autonomous systems.

Meanwhile, to help scout for promising new technologies that can meet military missions, the organization will contract with venture capital firms who already do that sort of thing to help inform their own investments in the private sector.

“When we think of what VC does well, they’re kind of at the edge in certain tech stacks — the big ones, like Kleiner Perkins and Sequoia, are spending billions of dollars on AI and quantum computing,” said Cmdr. Nick Breedlove, NavalX’s director of private capital projects. “We’ve got scientists at the Office of Naval Research that do quantum and AI. They’re really good at translating it to the warfighter, but they maybe aren’t the best [at scouting]. So we’re going to pay VC to do due diligence and to tech scout.”

And, to help fund the development and transition of the technologies it finds, the Navy, to some degree, is going to get into the debt financing business, Breedlove said during annual FedSuperNova conference in Austin, Texas.

Those new debt instruments will be designed and intended to help get companies across two separate “valleys of death” — the one between prototyping and production, and between production and the large scale production the military would need in order to make meaningful use of a given technology.

“Think about that: how often has DoD ever issued debt? We’ve issued non-dilutive capital — we do it all the time — and we’ve issued contracts that take four years, but we’ve never done immediate debt,” he said. “Why has DoD never done that? No one really knows, because there’s like 22 agencies that have in the same government. These are some of the things we’re working through. They’re not going to change the nature of acquisition, but they’re ways that we can help get across the two valleys of death.”

The Navy first announced the NavalX concept in late 2019. The core of the project is what the Navy calls “tech bridges.” The basic idea is to take the Navy to the physical locations where innovation is happening. NavalX started with five tech bridges, and has now grown to 18 locations, including one in Japan and one in the United Kingdom.

In each case, the Navy assigns local staff to connect its labs and warfare centers in those locations with area businesses, private sector researchers and academia.

Breedlove said that model hasn’t changed, and the upcoming changes are more about refinement. Each military service is still trying to find ways to adapt their acquisition models to access private sector innovation.

Still, that’s not to say the services’ own approaches to industry can’t still be improved without intervention from Capitol Hill.

For example, Breedlove said the Navy still likes its localized Tech Bridge model for a host of reasons. But it hasn’t quite found the right balance between creating dozens of geographically-specific doors for local companies to knock on, and having a single point of entry for firms with tech that’s relevant to the Naval enterprise.

“The Air Force and Army have done a good job creating one filter, and everything comes in that front door. The Navy has a decentralized culture — think over the horizon ships before radios — that’s just culturally how we look it,” he said. “So we have tech bridges that are all over God’s green earth that are intentionally decentralized, co-located with small business, primes, academia, and also a Navy engineering hub. That’s really smart from our perspective, but not very smart for the startup guy or girl who has technology and doesn’t know where to start. So we’re all changing and adapting the culture in the last five years to figure out how to best intersect with businesses. That’s not fixed, and we’re not even close. 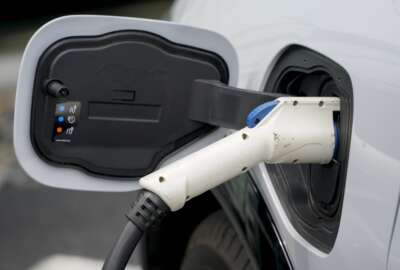 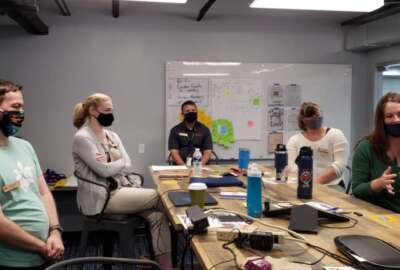