When the Defense Department’s inspector general first began an exhaustive audit of DoD’s contracts with an aerospace parts supplier called Transdigm, it was because three members of Congress had raised concerns that the company was routinely overcharging the military.

The audit findings tend to support that view, but from the IG’s perspective they point to much broader issues. Partly because of actions Congress has taken in recent years, it’s not easy for DoD contracting officers...

When the Defense Department’s inspector general first began an exhaustive audit of DoD’s contracts with an aerospace parts supplier called Transdigm, it was because three members of Congress had raised concerns that the company was routinely overcharging the military.

The audit findings tend to support that view, but from the IG’s perspective they point to much broader issues. Partly because of actions Congress has taken in recent years, it’s not easy for DoD contracting officers to determine whether they’re getting fair and reasonable prices, particularly when they’re dealing with relatively small-dollar value transactions where there is only one supplier.

In most of the government’s bigger contracts, acquisition officers can peek at vendors’ own cost data to help determine the difference between how much it costs a company to make a given item and how much it wants the government to pay for it.

But if the transaction falls below the threshold set by the Truth in Negotiations Act, companies are under no obligation to deliver even uncertified cost data, even when contracting officers request it. That bar was set at $750,000 until last July, when Congress raised it to $2 million. 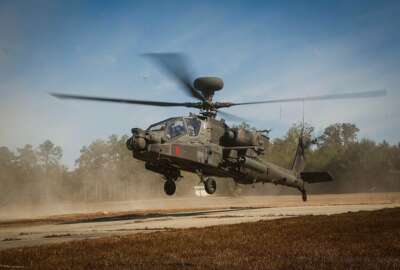 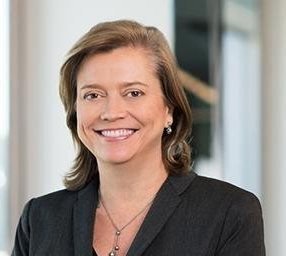 “Anytime a part can only be purchased from one manufacturer, there is a risk that the government is going to be overcharged for that part or service,” Theresa Hull, the assistant inspector general for acquisition, said in an interview for Federal News Network’s On DoD. “That’s why it’s important that contracting officers have access to uncertified data when they determine that it’s necessary.”

And the Transdigm case may be a perfect case study in why it sometimes is.

The IG examined a relatively small statistical sample of the company’s contracts with the Army and the Defense Logistics Agency. Out of the 47 parts it looked at, it determined the company earned “excess profits” on 46 of them. The one and only case in which it found the price to be reasonable was a contract that also happened to exceed the TINA threshold, and where the company was required to fork over cost and pricing data.

In percentage terms, the profits tended to be quite large.

The IG set a baseline of 15 percent as a reasonable profit margin, based on benchmarks in the Federal Acquisition Regulation and a comparison of similar parts DLA buys from other suppliers. But it found that most of the Transdigm parts were marked up by triple-digit percentage points or more. The highest profit margin it found for a particular part was 4,436 percent.

Part of the reason, Hull said, is that the company strategically sets its prices based on what it terms a “value-focused” business model. It has acquired more than 60 small, often sole-source parts suppliers since 1993 as part of its strategy to focus on “value-based” pricing.

“What I mean by that is that the price of the product or service is based on the economic value it offers to the customer, not necessarily the cost of that product or service,” she said. “And if DoD only has one source for the part, and if it’s needed to operate a weapons platform, the value of that part to DoD is very high, even if the cost to manufacture the part may be very low.”

The IG interviewed at least five contracting officers who said their need for a particular part was so urgent that they had to buy it from Transdigm, no matter the asking price. Six out of the eight DLA officials who worked on Transdigm contracts asked for cost data to support the company’s prices, but in each case, the company refused to provide it.

But it did provide the data when IG auditors came knocking. Based on that information, the inspector general determined that out of the $26 million DoD paid for parts in the sample, $16 million was excess profit. Those transactions represent only a small portion of the company’s defense business: it had $3.8 billion in sales in 2018, 35 percent of which were defense-related.

Hull said there are good reasons to believe contracting officers could have been able to negotiate lower prices if they had access to the same data Transdigm ultimately provided to the IG, even in sole-source environments.

“Federal and DoD acquisition policies still do not contain a mechanism that provides contracting officers the ability to obtain uncertified cost data from contractors when they request it, and we’re recommending statutory and regular regulatory changes to give contracting officers a better chance at obtaining uncertified cost data, especially from sole source contractors,” she said.

The IG said DoD should pursue voluntary refunds from Transdigm, a process the department has begun. But Hull said the relatively small amount of money the department might be able to recoup is almost beside the point; the findings point toward the need for much broader changes in the acquisition system.

“We saw the same problems in 2006 during another audit. It’s more than 10 years later and we’re still finding the same problems,” she said. “So I guess I’d pose the question: Will we be in the same position in another 10 years if nothing is done from the regulatory framework perspective?  I understand the balance and the intent of raising of the thresholds. However, there still needs to be a balance in contracting officers being able to get that uncertified cost data. Given our body of work in pricing, tools need to be put into place to ensure that those contracting officers can get the information they need to determine if prices are fair and reasonable.”

But the IG’s proposition may be an uphill battle. Industry groups and some members of Congress tend to view requirements for cost data as an unnecessary burden that slows the acquisition system, adds to its bureaucratic costs, and deters nontraditional companies from participating. That perspective helped motivate a provision in the 2018 Defense Authorization Act that raised the TINA threshold to $2 million.

However, the department has recently indicated it would like Congress to give it more flexibility to “tailor” the cost data it demands from vendors to particular situations, depending on what a vendor can reasonably provide.

And since 2007, DoD has had a policy in place that requires “exclusive distributors and dealers” of certain items to provide at least uncertified cost and pricing data when contracting officers ask for it. The DoD IG recommended that the Pentagon expand the same policy to also cover situations where any part has only one supplier.

In its official response to the audit, DoD said it would examine existing law and regulations to decide if any changes are needed, but did not commit to making any. Because of that, the IG considers the matter unresolved.