When it came time for the brand new DoD modernization organization charged with rapidly innovating in the space domain to award one of its first big contracts, you might expect they’d turn to a new, en-vogue acquisition mechanism like other transaction agreements (OTA) or middle-tier acquisition.

DoD’s new Space Development Agency is showing that the boring old processes embedded in the Federal Acquisition Regulation don’t have to be synonymous with...

When it came time for the brand new DoD modernization organization charged with rapidly innovating in the space domain to award one of its first big contracts, you might expect they’d turn to a new, en-vogue acquisition mechanism like other transaction agreements (OTA) or middle-tier acquisition.

“There was nothing magic about our contracting approach. We found that the FAR is actually quite flexible and useful to get things done,” Ryan Frigm, SDA’s deputy director said in an interview for Federal News Network’s On DoD. “The reason we were able to be successful is because we have a very talented, dedicated and motivated team that shares a singular focus, which is being the department’s constructive disrupter for space. And the team knows that we need to get space capabilities out to the warfighter at the speed of need.”

The award, to Perspecta, is worth an initial $18 million as part of an indefinite-delivery/indefinite-quantity contract that could rise to a value of $112 million. It’s one of four contracts SDA intends to award to build “Tranche 0” of the new National Defense Space Architecture, which is meant to improve the military’s ability to track threats like hypersonic missiles and transmit data to and from battlefields.

Other contractors will build the new fleet of 28 satellites, launch them into orbit and build their data connectivity capabilities. Under the contract awarded Oct. 22, called Mission Systems Engineering and Integration (MSE&I), Perspecta will integrate all of that work together with a ground-based satellite tracking capability that will be delivered by the Naval Research Laboratory’s Blossom Point Tracking Facility in Maryland.

Frigm said SDA – which has a staff of just 200 employees, including three contracting officers – decided it made more sense to outsource that integration work instead of attempting to have the government serve as the systems integrator.

“MSE&I has a fairly unique scope. There’s traditional systems engineering and integration work that needs to be done, there are segments that are being developed under separate contracts that have interfaces that need to be defined and verified, and then all that needs to be pulled together to deliver an overall Tranche 0 mission system,” he said. “It’s important that that contractor or that person that’s pulling all that together has a performer mentality. There has to be a focus on delivery, not just engineering support or program facilitation. So we thought it was important to actually get an industry partner onboard that could actually help us pull all that together with a focus on delivery.”

SDA expects the first tranche of the National Defense Space Architecture to start operating in 2022, and the agency plans to use a spiral development model to keep integrating new technologies every two years. And SDA is already planning for the next set of capabilities. On Friday, it released a request for information to start planning for Tranche 1.

“We don’t have the luxury of time to wait for Tranche 0 to complete all the way and document lessons learned, so we’re going to take the knowledge we have so far, as well as what feedback we receive from the warfighter community and start immediately folding those into Tranche 1,” he said. “So there will be some overlap in order for us to continue to keep the momentum going and deliver these capabilities.”

SDA plans to build the new architecture in two primary ways. Some of the work will involve integrating and orchestrating many of the space and communications capabilities other Defense components have already started creating with their own R&D budgets. A second element will mean new acquisitions directly from industry.

But those new purchases will lean heavily on commoditized commercial hardware, because the agency is focusing on building a relatively low-cost “proliferated” architecture – dozens of relatively cheap satellites, not a handful of exquisite, multibillion dollar ones.

“We’re are driving toward creating a marketplace that supports that, not just single vendors – we very much want to avoid that – and create a market that can provide the capabilities we need in a commoditized way,” Frigm said. “In a proliferated architecture, if a single node isn’t providing all your mission capability, if it went away for whatever reason, it’s a graceful degradation. The other aspect that benefits from proliferation is you have to stand up an ecosystem to support that, so we have the ability to do technology refresh much more rapidly … we have an opportunity to put up the latest and greatest and spiral up to the desired mission performance. We’ll hit our schedule. If we have to sacrifice a little bit of performance, we can make that up on the next tranche, but that’s only two years away.” 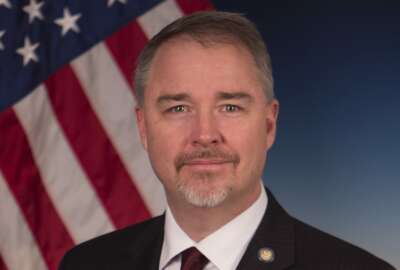