Late last month, the Army approved a new financing arrangement with one of its largest housing providers, LendLease, that will deliver $1.1 billion in new funding to renovate...

Late last month, the Army approved a new financing arrangement with one of its largest housing providers, LendLease, that will deliver $1.1 billion in new funding to renovate and replace homes across the six bases where that company serves as the Army’s partner in the Residential Communities Initiative.

In an interview with Federal News Network, Army officials said the new arrangement, all of which is being funded by private lenders and bondholders, is expected to formally close at the end of March. Based on that timeline, renovations could start as soon as May. For homes that need to be demolished and replaced entirely, new construction on at least some new houses could be finished by late Fall.

Scott Chamberlain, the chief of capital ventures in the office of the deputy assistant secretary of the Army for installations, housing and partnerships said the LendLease financing arrangement is not the first such deal for the Army, but it is by far the largest to date.

“Based on the housing crisis from two years ago, we asked some of our partners to speed up [their recapitalization plans],” he said during an appearance on Federal News Network’s On DoD.  “They would have eventually gone out in five to ten years, and got some debt, but we asked him to go out now and take on some additional debt to address the immediate needs that we saw.”

And although a portion of the revenues that housing companies receive from military members’ basic allowances for housing are supposed to be set aside for longer-term renovations and new construction, it became apparent to Army officials, based on the scale of the housing crisis, that a bigger influx of capital would be needed to fix the problems.

The size of the new debt instruments the Army asked LendLease and its other providers to take on was based largely on base-by-base “needs assessments.”

And the timing of those needs happened to coincide with favorable conditions in capital markets, said Jason Kallivokas, the lead financial analyst in the Army’s housing partnerships office. He said many of the projects – some are now 20 years old – had also paid down the original loans they used to build the housing privatization program’s first homes to a point where taking on new debt was a viable proposition.

“At the beginning, you have to kind of have a stabilization period where you’re servicing that debt, you’re making payments, and you’re adjusting to efficiencies in operations and demand for housing. And then you gain inflationary increases to the basic allowance for housing,” he said. “And then you get to a point where the revenue has increased enough that, combined with a market environment that is conducive to maximizing leverage, you can hit kind of a perfect storm and enable yourself to bring in, in the LendLease case, a billion dollars worth of new capital to address and further the development cycle.”

But going forward, Chamberlain said the Army will be watching closely to ensure its housing providers are using the new capital inflows to address the most urgent needs. Under the terms of the Army’s agreements with housing companies, the amount of profit they can earn from new construction and renovations is capped, and some of their revenues have to be dedicated to upkeep.

“The change between two years ago and today is almost breathtaking,” he said. “I get on a call every Monday that lasts between an hour-and-a half and two hours, where the commander of Installation Management Command talks with all 55 of his garrison commanders. He wants to know, by name, everyone who is displaced from their house that on that day. He knows the issues, and things have changed. It has really radically turned the eaches around.”

And especially in locations where soldiers have a choice between living on-base or living on the economy, housing providers may have some new motivations of their own to make their properties as attractive as possible.

During COVID-19, occupancy rates in on-base housing have fallen noticeably. Officials said there’s evidence that at least one reason for that is that mortgage rates are near all-time lows, and more soldiers are choosing to buy their homes outside the fence line.

Those competitive pressures will be a significant consideration in the new home construction that’s funded by the new loans, Kallivokas said. Under the LendLease arrangement, about 1,200 new homes are expected to be built.

“We’re partnered with the private sector to go out and do market research to look at what is being built in the surrounding communities of a given garrison and try to bring that feel, to the extent possible, to the installation so that it replicates the competitive market they’re in,” he said. “So there is an analysis that gets done, they present that to the Army, and the Army has a review of those. We can agree or disagree, and ask for adjustments. All of that vetting occurs when it comes to the scope of work that’s being built.” 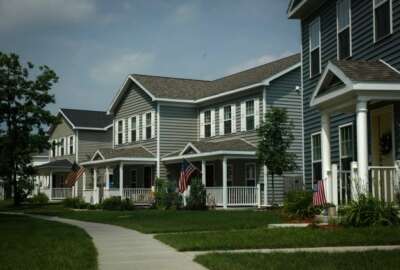 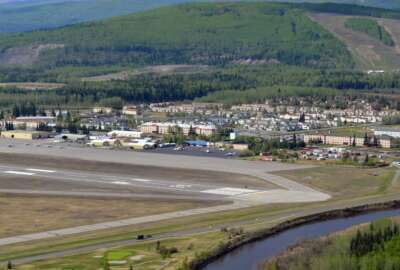 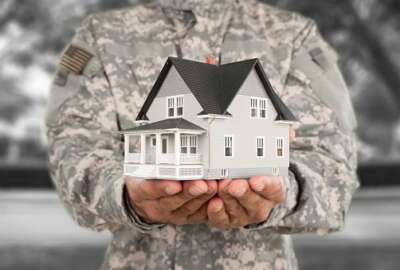