Open Season starts Monday, which means participants in the Federal Employee Health Benefits Program (FEHBP) have about a month to make changes to their insurance plans.

Most FEHB premiums are rising modestly for 2019. Federal employees on average can expect to pay 1.5 percent more toward their health premiums next year, but many popular plans, including Blue...

Open Season starts Monday, which means participants in the Federal Employee Health Benefits Program (FEHBP) have about a month to make changes to their insurance plans.

Most FEHB premiums are rising modestly for 2019. Federal employees on average can expect to pay 1.5 percent more toward their health premiums next year, but many popular plans, including Blue Cross Blue Shield, are offering lower rates.

Though premiums for many plans are going down next year, the Office of Personnel Management still encourages FEHB participants to shop around. About 6 percent of FEHB participants change their health insurance plans during any given year, OPM has said.

OPM’s introduction of self-plus-one in 2015 pushed more people to examine their plans and make changes. But many more — about 20-30 percent of enrollees — can and should change their health plan on any given year, federal benefits experts have said.

Open Season this year runs from Nov. 12 through Dec. 12. Here are several things FEHB participants should know and consider during the next month.

Look at the fine print

FEHB participants should review their current policy at the beginning of open season to look for changes in price and coverage. OPM’s FEHBP website lists all of the 2019 policies, and the first page of each one should list any changes for the coming year, said Greg Klingler, director of wealth management at the Government Employees’ Benefits Association (GEBA).

GEBA is a non-profit, member-governed association that serves federal employees, retirees and some military contractors.

Participants should also review the fine print on their dental policies and make special note of what’s covered and what waiting periods exist, particularly for orthodontia, Klingler said.

“Some carriers have no waiting periods. Some carriers will have a 12-month waiting period,” he said. “The last thing you want to do is make a major change, thinking that’s something covered. You have an expense coming in for yourself or your child that’s associated with orthodontia, and then you have to wait a year.”

Should you change plans?

Klingler advises participants to think about their health and dental plans for the coming year and find the insurance option that best suits those anticipated plans.

In some cases, participants might find that their current plan fits those needs. In other situations, they may consider looking for a better option.

“One of the most powerful benefits of being a federal employee is the ability to change to such a wide variety of plans,” Klingler said. “You don’t know what your health is going to hold, but you may have really good idea of what it’s going to hold next year, in November of next year. You can find a plan that’s going to cover you and save you a lot of dollars.”

Many federal employee organizations like GEBA and the National Active Retired and Federal Employee (NARFE) Association said their members often question whether they have too much or too little insurance.

“As a general recommendation, a lot of federal employees in the Washington, D.C. area have probably a more expensive plan than they need,” Klingler said.

He said often sees federal employees with financial assets sign up for a more expensive plan when a basic one will do.

“Whether or not they have to pay a $250 deductible for a hospital stay is not going to change their life one iota,” Klingler said. “It will ultimately reduce their premiums if they go with the basic plan versus the enhanced plan by a very dramatic amount.”

High-deductible plans may benefit more people than they might initially realize, Klingler said. Young people and FEHB participants in good health should consider one with a health savings account, he said.

“In 2019 there was actually a change that increased the ability of carriers to put in additional money as part of the plan into people’s HSA accounts,” Klingler said. “About a third of the carriers chose to do that. Now these carriers are putting away more free money into these people’s health savings accounts than they did last year. Health savings accounts are not use-it or lose-it. They will roll over every year.”

For the first time, the Federal Employees Dental and Vision Insurance Program (FEDVIP) will be open to uniformed services retirees and their families.

DoD’s current TRICARE plan for retirees will end on Dec. 31, so eligible retirees must physically enroll in OPM’s dental program if they want dental insurance in 2019.

Some federal employees, especially those with kids or dependents, may consider setting up a flexible savings account this year.

As fewer people file itemized tax returns in 2019 due to recent changes in the Tax Cuts and Jobs Act, Klingler suggested participants could consider using a flexible spending account to pay child care.

“In the past if you had two kids, you could just write it off at the end of the year, and the end result would be about the same,” Klingler said. “But now if you’re not filing an itemized tax return you’re not going to be able to take advantage of that $3,000 write-off for each child. The only way you can get that write-off is through an FSA account.”

With 265 plans in 2019, the options can be overwhelming. Federal employees and retirees have a variety of resources to help them compare plans and find the best deal.

OPM has a tool on its website to help participants compare FEHB plans.

The Consumers’ Checkbook contains a guide to health plans for federal employees and is updated annually. 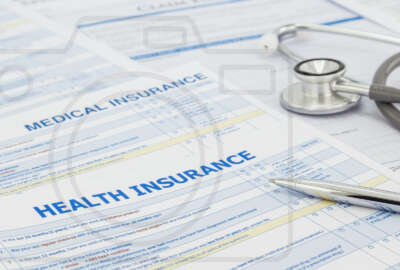