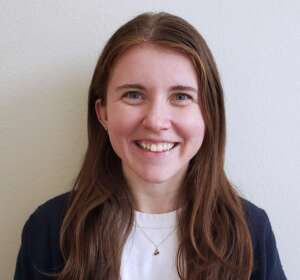 If you look all 271 of the health plan options available for 2023 under the Federal Employees Health Benefits Program, it can look overwhelming. How do you pick the right plan when there are so many different choices?

The answer may not be as complicated as it seems. Walter Francis, a federal health policy analyst and author of the annual Consumers’ Checkbook’s Guide to Health Plans for Federal Employees, said there are plenty of resources to help...

If you look all 271 of the health plan options available for 2023 under the Federal Employees Health Benefits Program, it can look overwhelming. How do you pick the right plan when there are so many different choices?

The answer may not be as complicated as it seems. Walter Francis, a federal health policy analyst and author of the annual Consumers’ Checkbook’s Guide to Health Plans for Federal Employees, said there are plenty of resources to help federal employees and retirees narrow down the daunting number to just a handful of choices.

FEHB is “set up to really make it easy to find the plans that are most likely to be useful to you,” Francis said during the Federal News Network Open Season Exchange 2022. “There’s no real excuse. You don’t have to become a health insurance expert. There are guides, best looked at online, on your home computer or your office computer, that are written in plain English, that are understandable.”

One way for FEHB participants to start to narrow down those choices is by first considering what they’ll need to have covered in the next year, as much as they can plan for ahead of time. Francis gave the example of a participant who may need coverage specifically related to maternal health care.

“You can look at two or three or four or five brochures in a matter of five minutes, and search on the word ‘maternity.’ And you’ll find which ones pay all your maternity costs, which is many, but not all,” Francis said.

Another way to narrow down health options for FEHB is by starting with a preferred doctor or other health care provider. Some may have had the same doctor for a long time, and switching carriers may alter whether or not that physician stays in their network.

“It’s worth a phone call to the doctor’s office [to ask], ‘What plan or plans will you be in next year?’ Because you want to know for sure if your doctor is going to stay with the plan you’re in,” Francis said.

Finally, FEHB participants can keep it simple and start out by comparing a couple different plan options that have lower than average health premium rates.

“You don’t want to choose based on premium alone, but you could say to yourself, ‘What plans have a low premium?’ and then take a look at a couple of them, and see how they compare,” Francis said. “Use something that makes sense for you and your family to narrow your choices.”

Participating in open season can save money

Taking a look at the options out there will not only help participants get the coverages they need, making a change to health insurance enrollments can also lead to cost savings for FEHB enrollees. According to Francis, FEHB participants could save up to $2,000 annually if they switch health insurance providers. Making changes to health care options in the program only comes during a certain time each year. This year’s open season window began Nov. 14 and runs through Dec. 12, during which time participants can make changes to their enrollments for 2023.

There are certain types of cost savings that some FEHB participants may not be aware of and that may also be time-sensitive, Francis said. For retired individuals in the FEHB program, for instance, it becomes a question of whether or not to join Medicare Part B. Annuitants can enroll in Medicare Part B, but after age 65, they’ll have to pay a penalty for late enrollment.

“We’re now up to about 20 different plans that pay all or part of your Medicare Part B premium, if you have parts A and B and you’re in that particular federal employee health plan. That’s like found money,” he said. “There’s a lot of ways to get subsidized while staying with the plan family that you’re in that you may not have even realized.”

Some participants can look at other ways to save money on health care costs, such as starting a health savings account under a high-deductible plan.

“There are about a dozen of these in the FEHB,” Francis said. “It’s a major aspect of the program, including national plans, as well as any number of local plans.”

Participants can add voluntary contributions to a health savings account that are tax-free, which lowers a participant’s taxable income, Francis said. FEHB participants who have that option can continue to add to their account, as long as they’re currently active federal employees.

“When you’ve retired, you can no longer add money to your health savings account. But by that time, [if you have continued adding to it], it’s already reached a major self-sustaining and growing size,” he said.

Cost savings in the FEHB may be even more significant for 2023, when enrollees’ health premium rates will increase by an average of 8.7%. But Francis emphasized the fact that the increase is an average — meaning some plans are going up more than the average, and some are going up less than the average. It makes it all the more important to take a look during open season.

“We have found there are lots of plans and among them plans — that were very good to begin with — that have gone up less than the average. So there’s some fantastic buys in this program,” Francis said.

But ultimately, it’s all about considering the coverage that participants and their dependents will need in the next year, he said. Even if participants’ current plans cover their needs, taking advantage of open season is still worthwhile.

“Looking at your own health and your family members’ health before you make a plan decision is awfully important,” Francis said. “The benefit that you depend on may be found in a better version in some other plan.”

Check out all the sessions from the Federal News Network Open Season Exchange 2022.