Lisa Schlosser, the deputy federal chief information officer, is heading over to the Office of Personnel Management to be the acting CIO on a short-term detail.

Additionally, Margie Graves, the Homeland Security Department’s deputy CIO, is moving to OMB to take over Schlosser’s role also on an interim basis.

It’s unclear how long the details will be at each agency.

But an email written by OPM Director Beth Cobert, which was obtained by Federal News Radio, said Schlosser also will be a senior adviser as well as acting CIO.

“I worked with Lisa for two years while I was at OMB and can tell you from personal experience that she will bring incredible talent, leadership, and a commitment to public service that will serve this agency well,” Cobert wrote in a note to staff. “I want to thank Dave Vargas for stepping in as acting CIO during this period of transition, and I am glad that he will continue to play a crucial role in OCIO as associate chief information officer. OPM’s CIO team has worked tirelessly and has made significant improvements to our information technology capabilities and security. I applaud their commitment and efforts and look forward to building on our progress in the future. Finally, I am grateful to Lisa for her willingness to continue to serve our nation by joining our talented team on an acting basis. As we work to navigate the National Background Investigations Bureau (NBIB) transition, build on our cybersecurity effort, and find the permanent CIO, Lisa will be a major asset for OPM during her detail with our team.”

Sources said Schlosser will take on both a policy and an operational role at OPM. She is expected to work on improving the agency’s IT systems and the federal hiring process for IT executives.

For the short term, Schlosser would replace Donna Seymour, who resigned as OPM’s CIO in February after coming under pressure from Congress after the data breach that impacted 22 million current and former federal employees.

Graves joins OMB after spending the last 7 1/2 years as the DHS deputy CIO.

As deputy CIO, Graves is responsible for managing the operations of the CIO’s office, including functional areas of applied technology, enterprise architecture, data management, IT security, infrastructure operations, IT accessibility, budget and acquisition.

She also serves on the CIO Council as the co-chairwoman of the Innovation Committee.

The shifting of these roles could signal the beginning of a larger shift across government among IT executives. Sources say part of what Schlosser will be asked to do is help figure out how best to bring in senior IT executives more quickly. 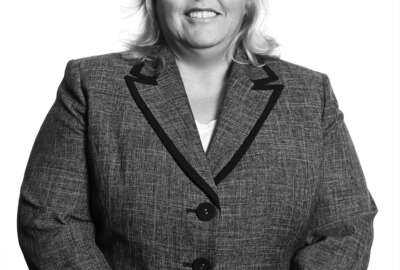 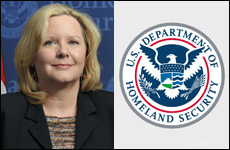