The churn in the federal IT community continues.

Two more long-time executives are heading out the door and a senior cyber official is taking on additional responsibilities.

Federal New Radio has confirmed Danny Toler, the Homeland Security Department’s deputy assistant secretary in the Cybersecurity and Communications Office, is retiring after 37 and a half years of federal service.

In an email to staff and friends, obtained by Federal News Radio, Toler said with Jeanette Manfra assuming the full time duties of the assistant secretary in the Cybersecurity and Communications Office, he felt the time was right to leave federal service.

Toler said he will retire at the end of August.

“Working with and for you over the last five years has truly been some of the best times in my career,” Toler wrote. “Our mission in protecting the homeland through our critical cyber and communications mission has been a chore on some days but an honorable duty on all. That mission has grown in volume, recognition and importance since I came aboard in 2012. The responsibilities heaped on your shoulders are not light but massively important to our nation’s security and well-being. Thank you for your service.”

Toler came to DHS in 2012 as the director of Federal Network Resilience division and eventually became director of the Network Security Deployment division. He moved into his current role in 2016.

Along with Toler, the Office of Personnel Management confirmed its chief information officer, Dave DeVries, resigned from his position effective Sept. 2.

An email from OPM acting Director Kathleen McGettigan, which Federal News Radio obtained,  said DeVries is returning to Michigan due to family considerations.

“Dave and his team have made solid strides in moving our agency’s information systems forward in the ever-changing world of modern technology. We are fortunate to have had him as a leader and colleague at OPM,” McGettigan wrote to staff.

DeVries came to OPM in September 2016 after spending 35 years at in the Defense Department.

DeVries was supposed to help OPM modernize its IT systems and help transform the security clearance process under the new National Background Investigations Bureau (NBIB). In staying just about a year, DeVries helped finish fixing some of the cyber problems that led to OPM losing the personal records of 21.5 million current and former federal employees.

DeVries told the House Oversight and Government Reform Committee in February that all systems that once lacked a proper authority to operate (ATO) now have them and is working to close down five data centers.

But the Government Accountability Office found in an Aug. 3 report that while OPM made progress, it didn’t fully implement all recommendations from auditors, particularly around contractor-operated systems.

OPM didn’t say who would replace DeVries on an interim basis. Robert Leahy is the deputy CIO at OPM. He joined in January from the IRS.

Politico first reported Schneider will work in both positions until a new federal CISO is named.

An Office of Management and Budget spokesman confirmed Schneider would take on an additional role with the NSC.

“In order to increase synergy and alignment of national and federal cybersecurity strategy, policy, and guidance, OMB and NSC have decided to assign Grant Schneider as the Deputy Federal Chief Information Security Officer (FCISO) at OMB and the Senior Director for Cybersecurity Policy at NSC. Grant will have responsibilities and duties for each organization. He will continue to lead and manage the Federal CISO team at OMB as well as the ‘Homeland’ portfolio within the NSC Cybersecurity Directorate,” the spokesman said.

The spokesman said this move will enhance federal cybersecurity in three ways creating effective linkages for:

Schneider joined OMB from the Defense Intelligence Agency in 2014 on a three-year detail, and later became deputy Federal CISO.

He helped OPM recover from the cyber attack and reasserted OMB’s role in federal cybersecurity across the government. 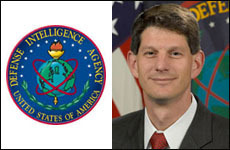 Schneider leaves a legacy of change at DIA

OPM CIO: Data at heart of modernizing legacy IT